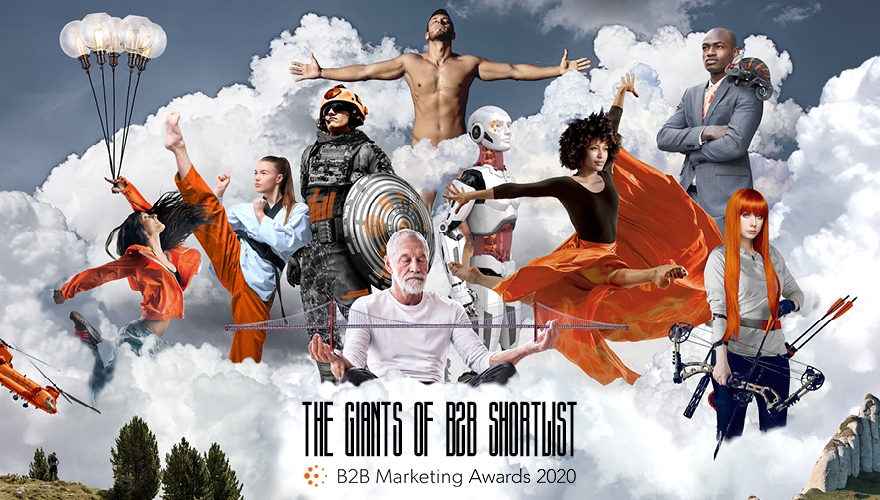 Now in its 15th year, the B2B Marketing Awards celebrates the best in the business, guaranteeing to boost a brand’s profile, showcase its skills, and help companies gain vital recognition. Today, we are pleased to announce that the shortlist of potential winners has been officially released.

With a total of 28 categories, we’ve made sure that no stone has been left unturned in our quest to celebrate the best in B2B marketing. These categories cover everything from ‘most commercially successful campaign’ right down to the highly personal ‘B2B marketer of the year’.

Now that the shortlist has been announced, our panel of over 150 judges will decide who deserves to take home the awards. The winners will be announced at the virtual awards ceremony on 26 November. So, who has made it into our shortlist? Let’s take a look.

Gravity Global has certainly made an impact over the last 12 months, and is nominated 17 times across 12 different categories, including ‘Best use of creative’, ‘Best use of content marketing’ and ‘Best sales enablement initiative’.

The agency’s ‘Superhuman’ campaign for MAN Truck &  Bus UK, as well as its own ‘The Profit Hunter’ campaign, have certainly made a big noise in the industry and are shortlisted for several awards. But who else has made an impact over the last 12 months?

Really B2B has also kept itself busy this year, and has made the shortlist for seven different categories, including: ‘Best use of direct mail’; ‘Best use of customer insight’; ‘Most commercially successful campaign’; and ‘Best use of account-based marketing’.

The agency has been nominated for its ‘The world’s first’ campaign for Kettyle Irish Foods (part of the Linden Food Group), as well as for its ‘Be unforgettable’ campaign for M&S Corporate Gifts, and for its ‘Energising efficiency’ campaign for British Gas.

Klausen + Partners is also hoping to take home an award or five this year, with its ‘Fuel for thought’ campaign for Haldor Topsoe having been nominated for: ‘Best use of content marketing’; ‘Most commercially successful campaign’; ‘Best corporate decision-maker-targeted campaign’; ‘Best international campaign’; and ‘Best lead generation or nurturing campaign’.

Who else has made the shortlist?

Really B2B, Gravity Global and Klausen + Partners are just a handful of agencies hoping to win big on the night of the event, and they’ll be going head-to-head with over 50 other agencies and inhouse companies, including:

To see the full shortlist, click here. To learn more about the B2B Marketing Awards, held on 26 November, click here.

Joel Harrison, co-founder and editor-in-chief, B2B Marketing said: “Obviously, this year has thrown up a few challenges to say the least, but it’s been truly incredible to see just how many agencies and companies have really stepped up to the plate to face these challenges head-on. We’ve seen that, rather than wait for Covid-19 to blow over, the B2B industry has been bolder and braver than ever in its marketing campaigns, determined to keep pushing forwards. With that in mind, I’m more excited than ever to hold this year’s B2B Marketing Awards. I hope to see you there!”

This report uncovers the best-kept industry secrets and gives you the tools to build and improve an effective sales enablement programme. 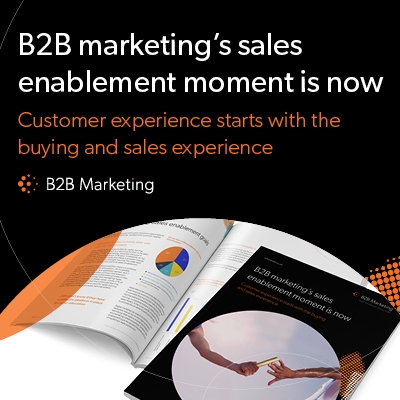