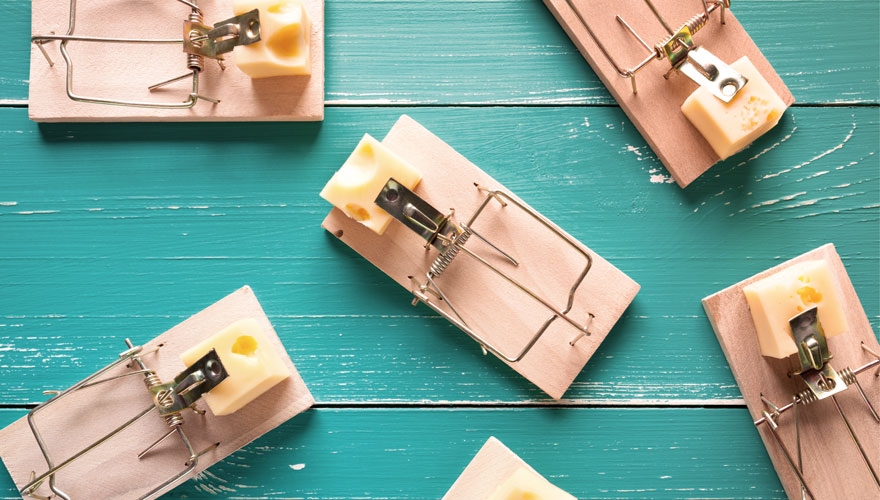 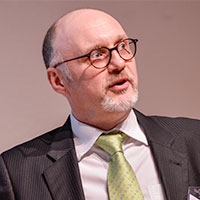 Although a marketing graduate, Andy Bacon’s first job was in direct sales. “Something told me that to be a rounded B2B marketer I needed to understand what life was really like at the coalface,” he says. “Little did I know how profoundly useful this experience would be throughout my future marketing career.” As a result Andy says he “speaks salesish”.

Andy first encountered ABM in 2014 but his experience in B2B marketing stretches back much further. Initially he resided client-side, but he was made redundant in the 1992 recession and inadvertently started his own agency while still applying for jobs. “One day I had a choice to get a brief from a client or go to an interview. I decided to take the brief and give it six months to see what happened,” says Andy. “Twenty five years later, I had built an agency working with leading tech clients across EMEA – I never did end up getting a proper job,” he jests.

Perhaps if Andy had attended the interview, his experience with ABM would have been different. His transition to agency life led to his first experience with the methodology. “We had a client who had implemented ABM in the US. The European marketing director said they needed to also deploy the strategy and asked if I could help,” Andy explains. “I naturally agreed, and was thrilled when the client was later awarded EMEA ABM Campaign of the Year. As a result ABM became a cornerstone of our business.”

Both at his agency and now in his role leading the ABM Head-Start programme at B2B Marketing, Andy has the benefit of seeing the internal challenges a diverse range of companies face when beginning their own ABM programme. We asked him for the most common missteps and how to ensure solid footing.

There’s a lot to feel enthusiastic about when reading the success stories of ABM, but don’t let that stop you from sufficient planning. It’s no secret that strategic ABM is resource intensive. You need to be realistic about how much time your team can dedicate to the programme, and what you can deliver. “When I go to meet organisations there’s often a need to reset expectations. They may have started to engage with wider stakeholders and have been setting unrealistic expectations to gain buy-in” Andy says. Remember ABM is a marathon not a sprint and you need to buy yourself time to build and test a long term strategy rather than get caught up in short-term random acts of tactical activity.

2. Not having a team-defined strategy

One of the biggest challenges businesses face is a lack of alignment between the sales and marketing teams. This can be endemic in ABM as even the term ‘account-based marketing’ infers that it's the marketing team’s responsibility rather than sales. Some companies chose to call it account-based strategy to avoid this.

“Many confuse alignment with buy-in and they are not the same!" says Andy. "Alignment is notoriously difficult to measure, but it is borne out of a shared vision and strategy, which is a product of full collaboration and mutual trust in the programme. ‘The ‘big divide’ between sales and marketing exists because they frequently don’t fully appreciate what the other does and the day-to-day challenges they face. ABM provides the catalyst for transforming that relationship and aligning a cohesive team to common goals. With a shared vision you’ve got something concrete to align sales and marketing behind so that both teams understand the value each are delivering. You need to define that strategy together.”

Obviously buy-in to an ABM programme, especially from sales, is crucial to getting the green light, but marketing teams can approach in this the wrong way. Marketing are often on the back foot, so believe they must sell ABM to the sales team to gain commitment. This means they often make promises they don’t know if they can keep. “It’s not about that,” says Andy. “Gaining buy-in is actually the easy bit, but you do need to be honest and let the benefits of ABM speak for themselves. The tricky bit is the ongoing process of building alignment.”

"Many confuse alignment with buy-in and they are not the same!"

If there is any residual disconnect between sales and marketing it will be fuelled by the absence of trust. “Trust is the bedrock of any successful team, it's fundamental to building the alignment needed for ABM to succeed,” explains Andy. “Building that trust and alignment takes time, yet it can be eroded very rapidly if expectations are not met. Oversell the programme and you’ll run the risk of losing any trust you started with."

Selecting the right accounts for your ABM programme is a critical process, which many underestimate. This could make or break the success of your new strategy. One of the biggest pitfalls that businesses encounter when choosing accounts is in allowing sales to ‘assign’ them, Andy shares. “Often these will be aspirational, those sales have struggled to gain traction and are offered because marketing are unlikely to do any harm! It’s not uncommon to discover they are not even in market!” he says.

You need to ensure the accounts are fit for purpose and meet the criteria of your chosen ABM approach before jumping in and wasting precious time and money. This means taking an objective, measured approach where suspect accounts are scored. “Looking at a perfect existing account as a benchmark and creating an ideal customer profile is a good place to start. ABM is hard enough without making life any more difficult, so selecting the lowest hanging fruit makes sense – particularly with a fledgling programme,” says Andy.

6. Selecting too many accounts

The pressure to meet overarching business requirements can drive marketers to push lots of accounts into their ABM programme in an attempt to get as many results back as possible. This is resource intensive, will most likely mean accounts receive a half-hearted ABM campaign, and ultimately defeat the object of strategic ABM. It’s important to shake the mass marketing/demand gen mindset, and start small. “Prioritise,” warns Andy. “We advocate doing between four and six accounts (for one-to-one) or one or two clusters (for one-to-few) until you have established the programme and are ready to scale.”

Many marketers look at ABM as the answer to an under-performing demand gen programme, so they default to a one-to-many ABM approach. This may work for them, but they really miss out on the long-term value and experience that a strategic ABM programme can deliver.

The cornerstone of ABM is account insight. Without this it will be impossible to develop a bespoke proposition that says what the target needs to hear, rather than conveying a generic message based on what you want to say.

There is no way to cut the corner and expect ABM to be any better than whatever you were doing before. While sales teams, your CRM and MA will tell you a certain amount, sales is rarely the 'font of all knowledge' (and they may not have dialogue across the wider business). Marketing can add significant value by bringing fresh insight to the table.

Don’t forget that an essential aspect of ABM is in tailoring your approach to meet your account’s specific needs. Under a mix of enthusiasm and pressure to get things rolling, some marketers fall back to the generic mass marketing approach. “The temptation is to charge in, skip the research phase, second guess a customer’s specific challenge and take some piece of content from the cupboard and repurpose it. You can invest a great deal into the strategy and insight only to fall at the last hurdle by not investing in a really bespoke, punchy bit of content,” says Andy.

A strategic ABM programme is likely to have a different runtime to more tactical campaigns that are measured by short term KPIs such as MQLs and SQLs. With this in mind you’ll need to adjust your KPIs to ones that will measure value (i.e. changing the quality of the relationship with customers) rather than a blunt volume of leads. Some metrics you use for mass marketing campaigns may still be applicable to your ABM campaign but they will no longer be the main focus. “It needs to have a different set of KPIs that are relevant to ABM and so you can understand its value and purpose,” says Andy. “The pilot needs to be given a bit of free rein. If you’re wanting to create change you need to give it space to have that transformation before you start burdening it with KPIs that serve to undermine the whole purpose.”

Adopting ABM is a brave step and fraught with risk. You're stepping into the unknown and must appear confident without being sure what the outcomes will be. Fall into too many of the above traps and commitment from your stakeholders will quickly diminish.

“ABM can feel like a long uphill climb with a very fast slippery slope waiting for you if you stumble! However, it can also be hugely rewarding, especially when sales win a deal and you gain the recognition you justly deserve,” Andy says.

Most seasoned ABM practitioners agree with Andrea Clatworthy, head of account-based marketing at of Fujitsu. She’s said that if only she’d known at the beginning what she knew at the end, her journey would have been considerably less painful.

Andy's advice on the ten points above will help you bypass that pain and head straight to success.

Not quite sure how to take the next step on your ABM journey?

Our ABM Head-Start advisers are here to help. Contact us today for a free consultation and see what advice we have to offer.

Turn your first steps into strides 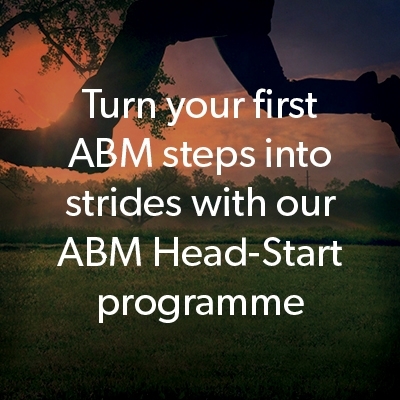