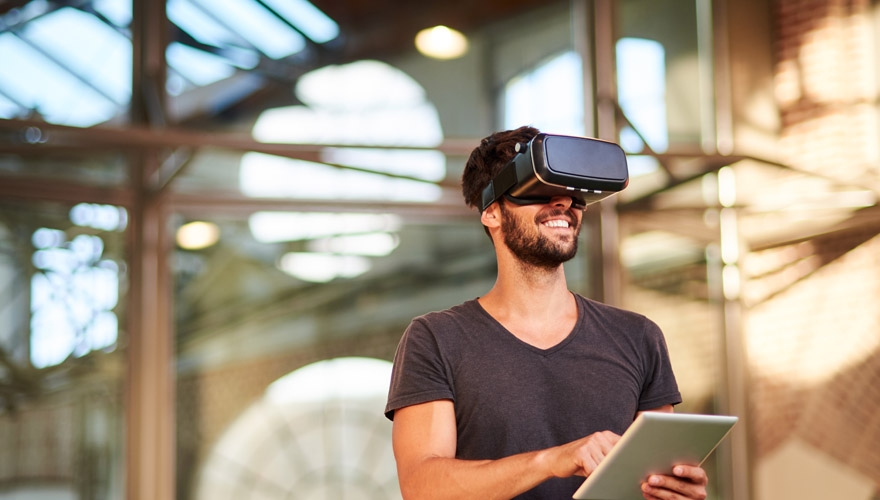 Kavita Singh shares Jonathan Sedger’s insights on the emerging technologies B2B marketers need to know about as we move into a digital reality.

According to The Wall Street Journal, Facebook has now had to cancel all of their live events for over 50 people until June 2021. We’re now living in a reality, where we need to think about how we can better replicate the experiences of a live event. Here are four key examples that Jonathan Sedger, head of content at Vismedia, shared during his Get Stacked 2020 presentation.

When we think about 360 content, we often assume that means a VR headset. Most B2B marketers don’t believe this is a viable option because VR headsets are quite expensive. However, you don’t need a headset. If you have a laptop or iPhone, you’ll be able to have access to a 360 degree environment and navigate it using your mouse or touchscreen.

A B2C example includes Google, which has achieved photographing the world for the last 15 years. When we Google locations, we have access to 360 views in an instance. It's a very simple to use experience for the end user, and B2B marketers can interpret this technology using photography, video or it can be created using computer generated images.

Vismedia will show how they’ve built a 360 interactive experience for B2B Marketing to promote its Ignite event in June. Just by using a mouse, audiences can explore a CGI version of a stage, content streams and expo booths.

He says: “When you reach the stage, you can click on the on demand video content viewer.

Alternatively, you could in fact replace this on-demand video content with a live stream. You could also include a chat function, which would enable you to actually deliver a whole event in this 360 environment, providing a destination experience, which is a much closer match to the real experience of being at an event.”

They also created another experience for a firm, Ernst and Young, by using computer generated imagery. They created rooms, each with a game with quizzes relating to the company strategy’s three pillars: technology, talent and trust.

While there are obstacles to providing a 360 experience using a VR headset, it does allow for a more immersive experience if you can get one to your audiences. This would be much more plausible being used on a one-to-one basis.

In the past, it required you to have an expensive headset tethered to a high powered expensive PC, and these were clearly very difficult to do. Alternatively, Samsung users could combine their mobile devices with the Gear VR headset. But the user experience was still very clunky and relatively low quality. While these VR experiences were possible, they weren’t very efficient. Then, new products were released.

Oculus Go and Oculus Quest are both higher in quality, an all in one solution that doesn't require a separate mobile device or a tethered PC. Oculus Go runs about 136 pounds. For a one-to-one basis, this is much more affordable and in the right situation can be a really helpful solution for marketers.

Vismedia did this for Kori Riverside Energy, who wanted to show potential overseas investors about their energy from waste plants in London without having to fly them over from the other side of the world.

So Vismedia created a photographic 360 journey in VR around their energy plant, and when they loaded that onto VR headsets, it was delivered to the audience in boxes that looked like the shipping containers that they use to transport waste down the river Thames on barges.

While technically all websites are interactive, the visual elements within a website are typically not interactive. Apple has been using 2D visuals in their product pages for nearly 10 years.

Here's an example of what they're doing:  https://www.apple.com/airpods-pro/

When you scroll down its page, you are able to interact with animated elements so you essentially control the film or the animation of the story at your own pace, rather than going at the pace of the director. You can use this beyond just the marketing of a physical product. If you want to visualise data or processes in a really highly engaging way, it could be infographics or pretty much any element you would put into a film or animation.

Jonathan says: “You can either use super high quality photographic visuals, or any imaginable computer generated imagery, the world is really your oyster here.”

Augmented reality allows you to merge digital objects with the real world using a smartphone. A classic B2C example would be Pokemon Go, which launched  in 2016 and had 147 million monthly active users by May 2018. The game had over a billion global downloads, and it's grossed over $3 billion in revenue.

Jonathan mentions that augmented reality can work remarkably well for sales enablement. Vismedia did this for Coats, a manufacturer of advanced fibers, where they used both interactive web pages and augmented reality. They asked Vismedia to convert 3D models of a web page into an augmented reality experience that they could use as one of their events in an innovation hub.

Jonathan says: “This AR element was so successful that the sales team came back to us and asked us to produce miniature versions for them to use in their customer meeting so they could go in there and have some fun with clients showing them all how their products lived within that vehicle.”

How is marketing’s technology stacking up?

This martech report will discuss what should be part of an ideal martech strategy and deliver guidance on the organisation and process of effective strategic management. 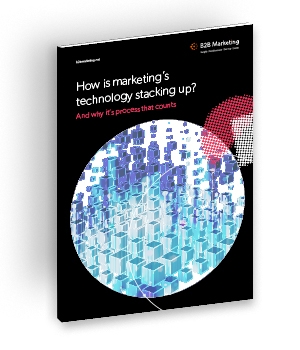