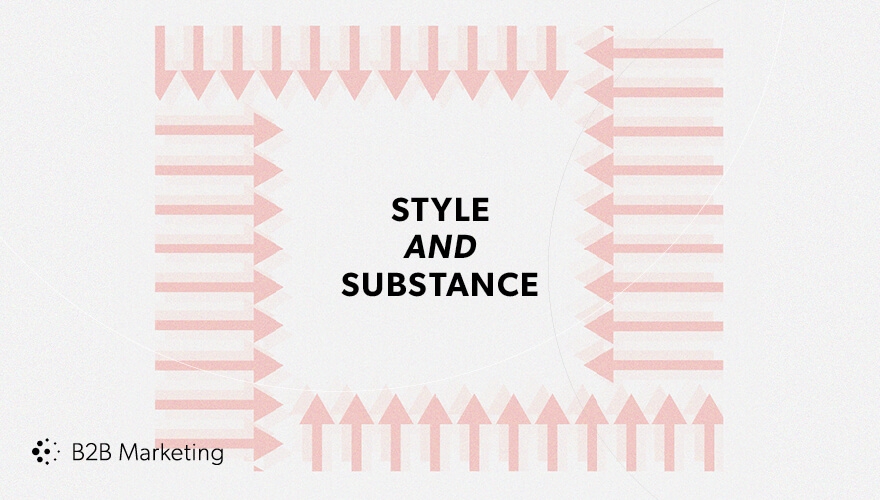 With industry recognition (and so much more) the prize, we examine four award-winning campaigns that prove B2B can include style and substance

Marketers from across the country (and even further) came together at the B2B Marketing Awards to recognise those who pulled off some of the best B2B campaigns of year. To find out why they won, we tasked Molly Raycraft with scouring the 28 award winners to share some of the most innovative campaigns.

Inmarsat Aviation had a dilemma. It needed to sell in-flight wifi to specialist prospects that represented a global audience of 250 airlines. Time was ticking; competitors were taking on the trend and there was only an 18-24 month window to pull off a successful launch before being swamped by more advanced campaigns. The company had no existing relationships, so it was imperative its marketing would differentiate.

Of course, hauling a commercial aeroplane to every trade show wasn’t an option. So, Inmarsat created the ‘Connected Air’ AR exhibition to transport prospects, showing them what the product did and the benefits it would bring. Spectators were submerged in a now tangible and relatable product and its output was proliferated by promotion from social media, trade press and interactive touch-screens.

The interactivity within this campaign significantly boosted buying confidence. By allowing prospects to experience the product, they were able to evidence the benefits clearly, which increased the number of lucrative meetings Inmarsat secured.

“Live events have truly put Inmarsat Aviation on the map. Instead of prospects asking us ‘who are you?’ they’re now looking to us for thought leadership and partnership. We’ve shifted the conversation and our positioning. We’re now regarded as true industry innovators.”  Dominic Walters, senior director of marketing communications  and strategy, Inmarsat Aviation 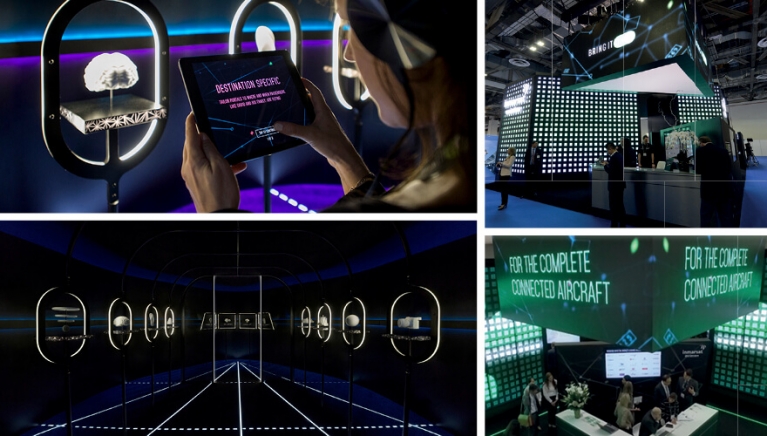 O2 uses ABM to define itself as an IT tech leader

What does O2 sell other than mobiles? Not long ago, many in B2B couldn’t answer that question, despite the company having launched an enterprise division in 2011. It needed to market itself in a way that would include the company in the brand consideration process; it decided to target prospects directly.

To reel in a c-suite audience, O2 switched its focus to strategic business priorities and commercial benefits, prompting prospects to question their current strategy. At first, ABM seemed a drain on resources, but data soon became the hero of the hour. O2 was able to use it to build a specific profile on each account, highlighting each prospect’s individual needs.

By arming themselves with tailored content, both sales and marketing were able to communicate the potential opportunities of choosing O2. Having dipped its toes in ABM waters, O2 was able to scale up its successes to a sizable ROI through a two-stream approach, implementing both ‘one-to-few’ and ‘one-to-many’ ABM.

“Our client, Swinton Insurance, has a network of over 600 transactional suppliers. The ABM programme elevated O2 to become one of only two strategic partners, and as a result, has helped us add over £7 million to our pipeline.”  Ash Aggarwal, client director, O2 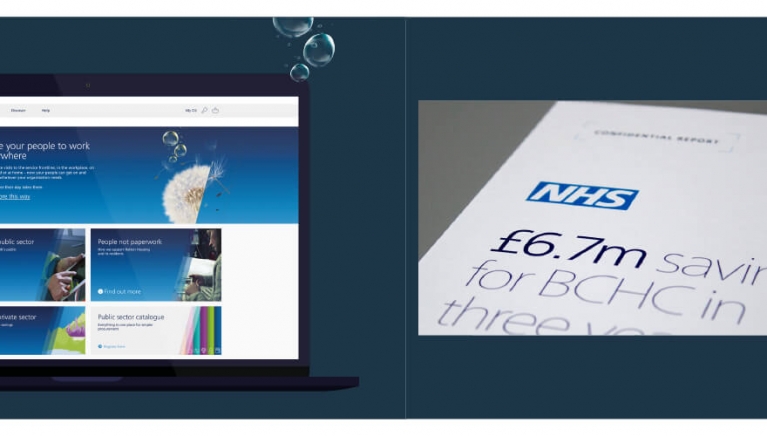 As gas prices fell, Lloyd’s Register (LR) felt the knock-on effect, with clients beginning to withdraw their decreasing budgets from the company’s training services. Marketing needed to prove the company’s value and demonstrate why it was crucial that clients dedicate some of their budget to LR’s training.

Health and safety is commonly seen as a boring process and LR needed to change that perception, so it introduced the use of virtual reality (VR). Through it, prospects were immersed in real-life fatal accidents that demonstrated the full human and business impact of insufficient training.

The VR simulator aimed to inform rather than scare prospects into business, and mindful of the project’s sensitivity, the marketing team used crash test dummies in place of victims.

Marketing grew engagement on the interactive programme by publishing the results of a conjoined safety test. This talking point created a 23% increase in bookings, which kick-started a number of one-day workshops, won three key accounts, and garnered considerable press attention.

“Due to the downturn in the oil and gas sector, we’d been looking at ways in which we could drive interest in our training portfolio in a rapid and effective way. What we’ve done with the LR training simulator is illustrate to the industry that we’re using the latest technology to help keep safety training engagement at a level we just haven’t seen before.” Luis De La Fuente, head of training, Lloyd’s Register Houston 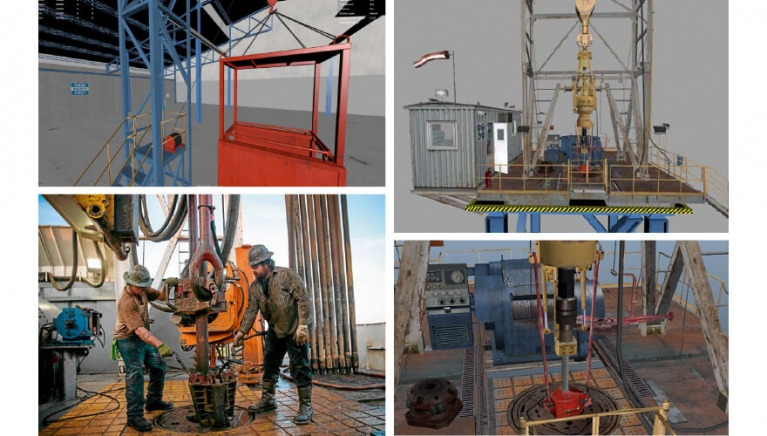 Tate & Lyle Sugars hoped it could get its new beverage syrups into the hands of key decision-makers by injecting an element of creativity and surprise into a gift-heavy market. An abundance of complimentary tasters meant their novelty had worn thin. The company needed to get its product noticed and persuade prospects to switch brands.

Marketing decided to combine the nostalgia of traditional methods with the ‘wow’ factor of innovative technology. After an entrée of handwritten letters to build anticipation for the main attraction, it arrived; a branded box, complete with brochure, syrup bottles and an in-built automated video.

The video transferred the message into a digestible format and became a unique talking point for the sales team to interact with prospects. It was recycled into bite-size pieces and promoted on LinkedIn to broaden its reach. The differentiated engagement resulted in Tate & Lyle doubling its target, achieving 61% active conversations with prospects and reaping a growing 183% in ROI.

“We have created a truly compelling lead generation and conversion campaign that has caught the imagination of our notoriously hard to reach target audience.  Not only has the campaign delivered incredible results so far, but it has set the foundation for exponential growth.” Dan Smith, product manager (EU), Tate and Lyle Sugars 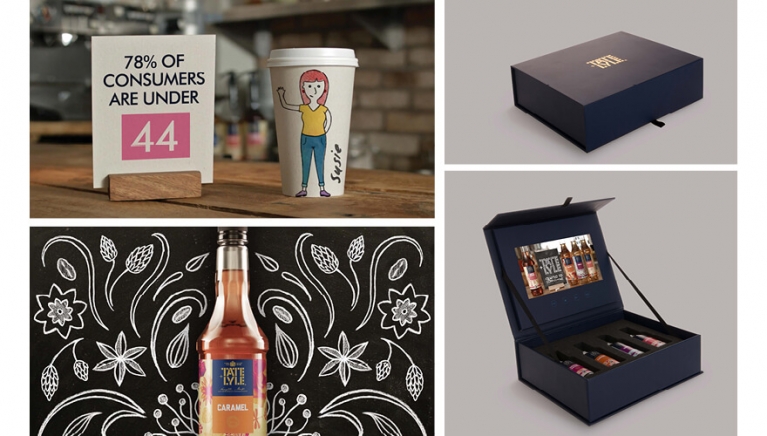