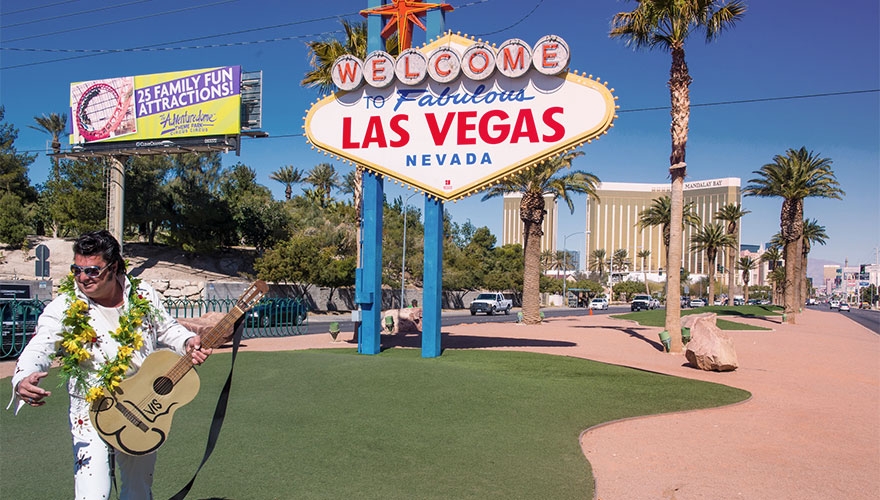 Creating memorable experiences for customers and prospects can be a big ask - particularly at trade shows. As a B2B marketer, you're continually trying to crack the code on how to connect with your prospects in meaningful ways. Sometimes the code can be tougher to crack than other times, say, for instance, when you’re competing for the attention of highly sceptical trade show attendees at a destination that’s been called 'Sin City'. That’s exactly what HP faced at Black Hat USA in Las Vegas last summer. Luckily, gyro Cincinnati and gyro San Francisco found a unique way to meet the challenge by using social media to create one-on-one conversations and build buzz that went well beyond the trade show floor.

Reinventing the rules of engagement

As one of the largest security conferences in the world, Black Hat attracts roughly 11,000 of the industry’s most elite IT security practitioners, consultants and related professionals. As an audience, they’re about as incredulous as they come. In fact, many are former hackers. Now, HP wanted to start a conversation with this discerning group about printer security. While printer security is important, it certainly wasn’t top-of-mind among Black Hat attendees. HP knew it wouldn’t be the hottest ticket in town. So, it created a social media campaign that turned it into one.

#SecureMyUpgrade
Called #SecureMyUpgrade, the campaign enticed cynical Black Hat attendees to engage with HP through a Twitter contest, using a hashtag that reinforced the message that HP printers offered superior security over older, unsecured printers. In the contest, HP would grant 'upgrades' that turned a regular Vegas experience into an unforgettable one. How unforgettable? Well, in pre-show promotional tweets, HP offered swimming with sharks, yoga with dolphins or zip-lining across Fremont Street as some of the experiential possibilities. Besides Twitter, #SecureMyUpgrade was also promoted through paid social media and billboards at the Vegas airport and around town.

What happened in Vegas was shared with the world

Once Black Hat opened, attendees were encouraged to tweet their upgrade requests to the HP team, using the #SecureMyUpgrade hashtag. HP then reviewed the posts and replied as to whether or not an upgrade request could be granted. Winning requests were publicly announced on Twitter and Facebook, and later celebrated through videos of the upgrade experiences. Only 36 upgrades in all were granted, but Black Hat attendees found it well worth sharing. Over the five-day contest, #SecureMyUpgrade received more than 9500 engagements on Facebook and Twitter, 608 contest entries and nearly 1500 #SecureMyUpgrade mentions.

And who wouldn’t want to share some of the upgrades HP arranged? They included a Pokémon Go limo ride, skydiving, spa treatments and, yes, swimming with sharks. What’s more, while HP kept its social media users entertained, it also delivered essential social content about printer security through dark social posts that appeared only in the user’s feed, and not on HP’s public Twitter and Facebook feeds. It all led to HP’s ultimate goal: to spark genuine discussion about printer security within the IT security community. Through entertaining social content, #SecureMyUpgrade had hacked its way into the hearts and minds of Black Hat attendees.

As you seek to crack the code on your latest audience engagement challenge, consider taking some cues from #SecureMyUpgrade to create a powerful combination of empathetic, essential and entertaining social content. Ask yourself:

True, not every social media post can offer skydiving or dolphin yoga. However, if it can tap into your audience’s need to be understood, helped or amused, they’ll want to share it with their social world.