Last post: An ode to a publication that shaped an industry 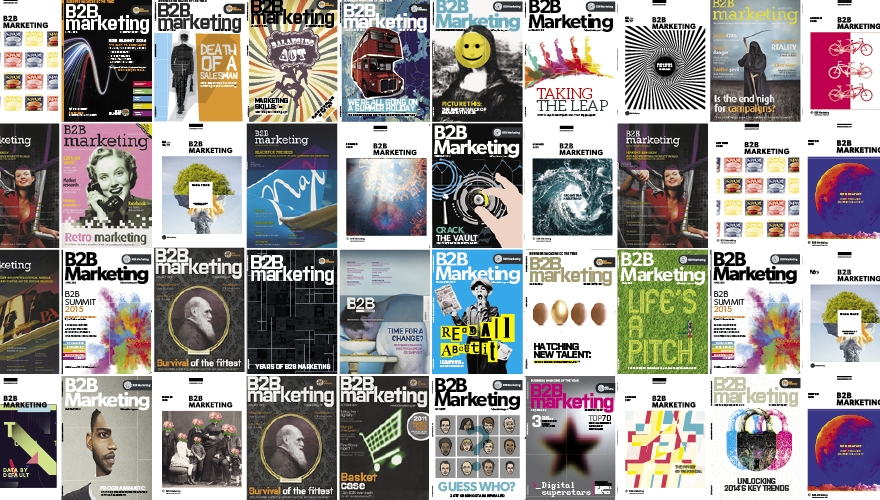 I can never forget the process of creating the first issue of B2B Marketing magazine – and not entirely for the right reasons. It wasn’t an easy delivery. My business partner James Farmer and I had been plotting and planning our new venture for a couple of years, but we hadn’t launched yet. We had no office, no readers, no visibility, no content – not much going for us. I was working from the living room of a shared house in a part of London that I didn’t (and still don’t!) much like. James was serving out the end of his notice period at Butterworths, so I was working alone.

Because we officially didn’t exist, and we were worried about ‘spoilers’ from Haymarket or Centaur, we had tried to stay below the radar and not let anyone know what we were doing until the first issue was ready. That’s all very well except when you’re trying to create a magazine! You need input, stories, contributions, suggestions, support, recognition and encouragement. I had none of those things. Because there was no B2B marketing industry, I had no contact book of people to call on for articles, just a few names pulled out of ‘other’ marketing magazines who had expressed an interest in B2B.

So, somehow, I needed to create a magazine out of… thin air. This challenge of starting with nothing and coming up with a vibrant, informed and engaging body of work was always the thing that interested me most about publishing. But, in this instance, given the constraints, it appeared almost insurmountable. In previous jobs, I’d already put together hundreds of magazine or newsletter editions, but always as part of a team, with a schedule and processes around me. For B2B Marketing, I had none of these things. I remember walking around the park close to my home, in the balmy May evenings of 2004, in an effort to destress, and thinking: ‘I’m not sure I can do this. I think this might actually kill me.’

But I did do it. We did it. We put out the first edition, then the second, then the third. We built the connections, found the advertisers, mailed the subscribers, and little-by-little, step-by-step, we turned an idea into a product, and a product into a company. It was never easy, but, over time, we made a difference.

The cornerstone of B2B?

From the vantage point of today, it’s very hard to remember or imagine what B2B was like as an industry or profession back in 2004. Probably the most succinct way you could describe it was ‘small’. Or, perhaps more accurately, insignificant. It didn’t exist in any meaningful way. Sure, the IDM had run their first B2B-specific conference earlier that year (due to the sterling efforts of Shane Redding, in particular), and a B2B qualification. But no-one in their right mind described themselves as a B2B marketer. There was no powerful supply-side of vendors and agencies advocating and promoting their products and services. And too many of those in marketing at large B2B firms were there because they weren’t really good enough at anything else. To say that it was the ‘poor relation’ to B2C actually does a disservice to B2C. There was simply no comparison.

I don’t think it’s an exaggeration to say that B2B Marketing magazine was the single biggest reason why that changed. Of course, it didn’t do it by itself, and it didn’t happen overnight, but it was the catalyst for everything that came afterwards, and the spark that ignited the vibrant industry that we know and love today.

Again, you need to transport yourself out of 2021 to understand what media and information consumption looked like 17 years ago. Email was in its infancy, DM was great but expensive, as were trade shows, and broadcast was simply out-of-reach for most business sectors. Most significantly, the internet was unrecognisable from what it is today. Magazines were pretty much everything. Not only were they convenient and relevant, but they had prestige – they signalled that something mattered, that it has arrived. In that context, I believe B2B Marketing magazine really created the world of B2B. And for that, we owe it a lot.

Of course, times change, and nothing is permanent. It seems obvious now that print media was always living on borrowed time. Over the years, there have been a number of transformational moments for the B2B marketing industry – 2007/2008, and the credit crunch, in combination with the arrival of marketing automation (in the UK, at least), was the first, putting martech and digital delivery at the heart of the industry for the first time. The second was partly the reaction against that former trend, in the form of the arrival of ABM, and an understanding of a shift in buyer behaviour and a need for a more qualitative, insight-driven approach.

I believe we’re going through the third such change now, with huge technological potential unleashed into action by the pandemic, and the behaviour of buyers and sellers transformed as a consequence. And continuing to transform – there’s little sign of change slowing down, let alone a rolling back. That’s been the catalyst for our own reinvention at B2B Marketing, and the launch of Propolis (our real-time, 24/7 interactive community of engaged and expert B2B marketers), which will be the core of our business in this new age of B2B marketing. But that means it is time at last to bid farewell to the ship that we sailed out in, and which launched this whole amazing world that we all live in day-to-day. For that reason, this is the last issue of B2B Marketing magazine. For me at least, that’s sad news. But what is great news is that, whilst I created the first issue almost entirely in isolation, this last one has been created (almost entirely not by me, I hasten to point out!) in completely the opposite context. A world that is rich, vibrant, engaging, exciting, enthusiastic, creative, numerate, responsive… and so much more besides, but best of all, set for a glorious future. B2B does just get better and better, but the best is yet to come – and you’ll find this on Propolis. Whether you picked the magazine up once at a conference, or read it religiously for nearly two decades, thanks for reading, and here’s to the next 17 years.

Do you want to access the final ever issue of B2B Marketing magazine? You can check it out here. Packed with the usual insights and interviews, but also information on our new community platform: Propolis. 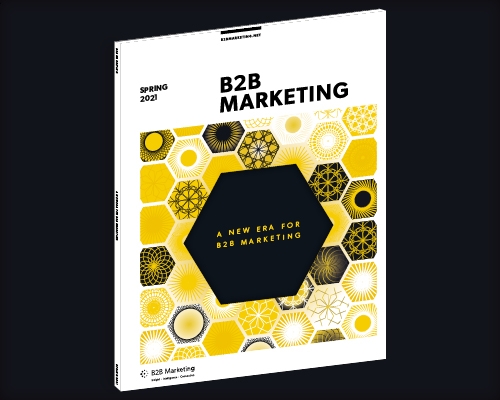