The rise of influencer marketing 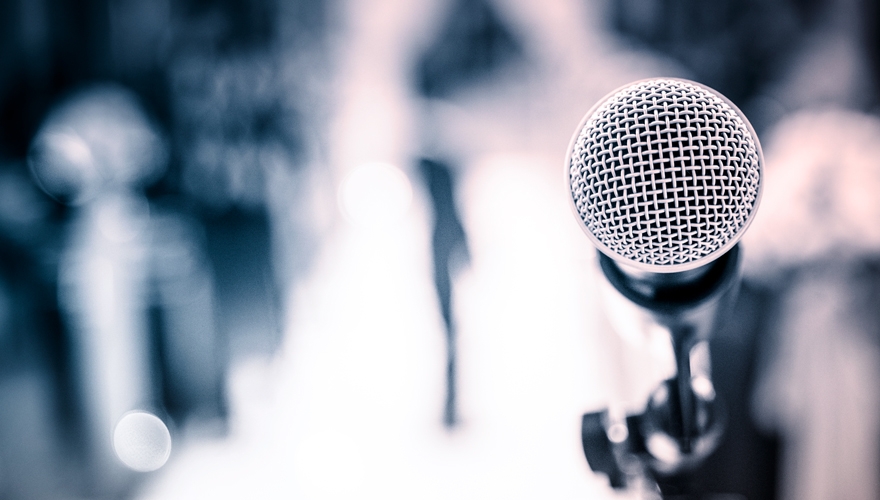 It’s like Marmite – you either love influencer marketing or you just can’t see a place for it in B2B.  Molly Raycraft discusses why it could be on the rise.

The word ‘influencer’ almost always throws up associations to the B2C world with young fashionistas and beauty bloggers flogging the latest piece of merchandise they’ve received through the post.

Perhaps that’s why influencer marketing in the B2B space has been slow to galvanise momentum and receives a fair degree of scepticism about how it can benefit businesses selling products such as tech. But as social media scales influencers into realms they could never have previously accessed, are the marketers who’ve cautiously distanced themselves from the approach beginning to come round? According to the findings in a report, The Rise of Influencer Marketing in B2B Technology, published by Traackr, they are. At an event last week, Nicolas Chabot, VP EMEA at Traackr and Amisha Gandhi, VP, influencer marketing at SAP Ariba, discussed the findings and explained just why influencer marketing is on the rise.

The attractiveness of influencer marketing

Essentially the ‘investment’ (whether that be monetary or not) in influencers bring a brand to front of mind and the report clearly reflects this. Brand awareness was rated the top primary objective for B2B brands developing an influence programme, with lead generation following closely behind. “We have a practice here that shows it’s embedded into lead gen in organisations,” explains Nicolas, looking at the results.

Senior leaders are waking up to the potential opportunity of brand exposure as B2B audiences come to expect and engage with influencers, not only on social media, but via events and collaborative content creation. Support for the approach has risen up the hierarchy, as far as CMOs – suggesting the presence of influencers in B2B is becoming a lot more serious. Influencers’ proliferation internally across companies similarly supports the suggestion of growth. Predominantly under the ownership of the marketing teams, influencer output no longer remains siloed into the day-to-day jobs of the social media manager. “What is fascinating is in only 20% of organisations, influencer marketing only impacts one department,” says Nicolas. “In the other 80% of companies up to nine departments are impacted.”

However it’s important to note that most companies are still at the early experimental stage, still waiting to make that leap to fully-fledged influencer programme.

Influencers have traditionally been grass roots bloggers but as the genre matures, it has evolved into a business model that can intertwine with a brand. The expectation of cost has become more likely, but with the direct measurements of influence hard to achieve, asking for resources can be as equally as challenging. More than a third of companies are not at a stage where their influencer programme can justify spending money on tech to do it. But more than half are planning to increase budget to account for this. “Tech is making headway but it’s still in the early stage,” explains Nicolas. “They’re looking to increase their audience because it’s becoming increasingly difficult to connect with audiences. There’s a lot here about brand communication and brand interest.”

The immaturity of influencer marketing has also raised questions when it come to the etiquette of rewarding influencers. What should you pay an influencer for and what should you not? Can you pay an influencer through other methods such as freebies rather than money? “We don’t pay influencers to do social amplification,” answers Amisha. But to do that you have to ensure you’re providing value for the influencer, it needs to be an exchange of value. She adds getting influencers to attend your events is a key example of this. While you wouldn’t pay for an influencer to attend your event, you certainly wouldn’t charge them for their ticket, and would most likely introduce them to contacts who are also attending that could benefit them. These contacts could even be fellow influencers as they often travel in packs. At one SAP event three influencers met for the first time and decided to collaborate in a webcast off the back of it. This saw 1200 registrants and 628 leads with little SAP involvement.

Yet the line of payment is somewhat ambiguous. “Speaking at events, writing content that’s not just coverage, that’s paid,” Amisha says, adding that she probably wouldn’t work with an influencer if they were to charge per tweet.

In theory, influencer marketing can seem straightforward but in practice, asking those with huge followings to endorse or mention your name can be difficult – particularly if they’re well known and are no stranger to opportunities to boost their personal brand. Despite an increase in popularity of influencers, which can be seen through an increase in leadership’s willingness to get involved, the challenges largely remain.

Influencers vary in follower size, location and speciality, which means you can recruit a number of influencers into your programme to service a range of different needs. “It’s really important to have a diversity of voices in our programme,” says Amisha. SAP’s programme includes a pool of influencers ranging from analysts, authors, consultants and journalists who cover most of the globe and Amisha says she’s likely to choose an influencer if they have a strong following in the country SAP are trying to tackle and are prominent on the culture’s most popular social media channels.

But surprisingly, size isn’t everything. When choosing your influencer it can be easy to go for the one with the biggest following, even if they don’t specialise in the area you’re focusing on. But a higher following will not necessarily achieve a higher engagement rate. “People have fake followers,” Amisha explains. “It’s about engagement. They may have a smaller audience but highly engaged people.” Particularly if you’re targeting a niche area of the market you may want to look out for micro-influencers – those who don’t have an overly large following but do within one small field.”

It’s also about choosing the right audience. People will choose to follow an influencer for a certain type of content. If you select an audience who expect a different type of content to what you want an influencer to offer it’s unlikely to work. Amisha says this is something you should allow the influencer to take the reins on – they can translate an experience, review or whatever it may be into the digestible content their audience want. Becoming as she describes “SAP-inspired but influencer-led” was something employees initially found difficult but was essential to the influencer programme’s success. “You have to think about co-creation and what their audience want,” she says.

Ultimately, it’s not just about what your company wants. It’s imperative to ensure your intentions, the impact, the benefit to the influencer and what the influencer’s audience want are all aligned, and this should point your influencer programme on a trajectory to higher engagement and higher lead generation.

It will hold up a torch for the best in our business and inspire every B2B marketer who attends. 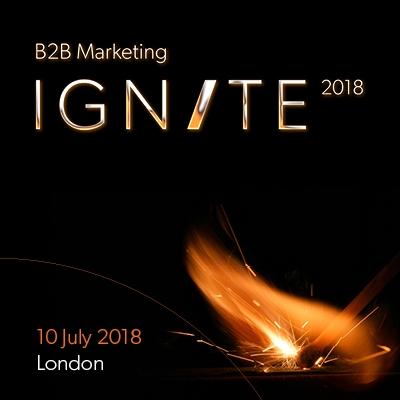