Think you ‘get’ brand? Think again. Here’s what you can learn from Smartsheet’s work with DeadlyScience 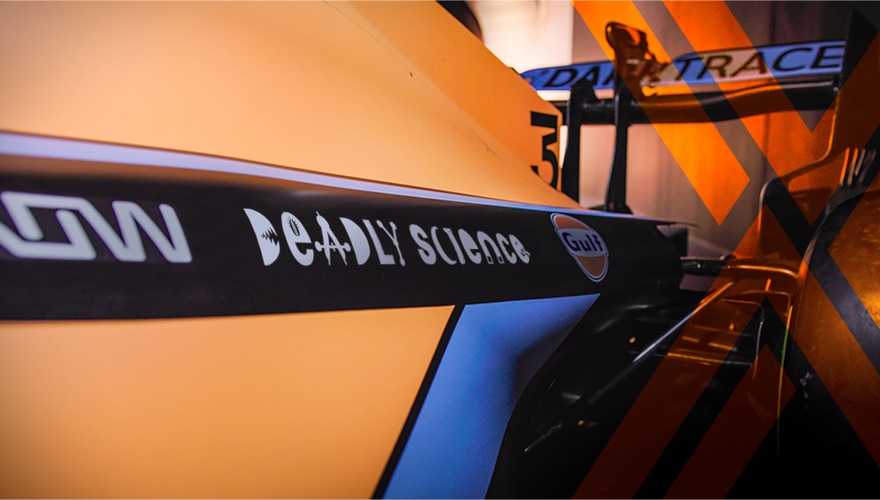 Forget what you know about brand sponsorship. SaaS company and official partner of McLaren Racing, Smartsheet, are changing the game through their work with nonprofit, DeadlyScience. Lucy Gillman sat down with Smartsheet’s CMO Andrew Bennett to discuss the power of brand, the future of charitable sponsorship and what it truly means to drive positive change (pun intended).

B2B and F1 - An innovative, global marriage of acronyms

For those of us yet to keep up with Drive to Survive, F1 may not seem like the obvious B2B sponsorship opportunity. DRS and SaaS don’t easily go hand in hand - and logo-clad cars and padded jumpsuits are far from the cries of conference halls and banner ads.

“F1 was a really natural fit when we looked at our plans as a business,” Andrew states. “F1 has a great global presence. We’re growing a lot in Europe and Asia-Pacific and those are regions where F1 is really strong. There’s an interested fan base and energy.”

And why McLaren? As Andrew maintains, McLaren are “interested in doing innovative ideas (...) and exploring things beyond the normal realm of sponsorship and partnerships.”

“When you think about where Smartsheet are based and where we want to expand, McLaren is also a good fit because they’re a British team with an American CEO and a British and Australian driver,” he continues. “They match really well in terms of values as an organisation and global footprint.”

Sponsor X: Taking brand recognition beyond familiarity with a name

To kick off their partnership with McLaren, Smartsheet launched Sponsor X. Over the course of the Melbourne Grand Prix, they gave their prime position on the McLaren car, marketing efforts and coverage to DeadlyScience - the ‘relatively unknown’ nonprofit founded by Corey Tutt which provides STEM resources to under-funded, remote schools across Australia. 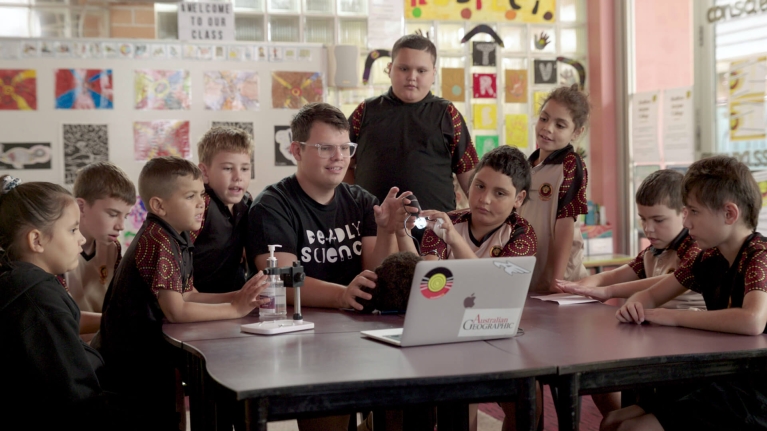 “Having made a really big investment in F1 (...) it may not have been the most obvious thing to have taken our logo off the car,” Andrew admits. So, why do it?

By forgoing the “meaningful, impactful” logo and providing multi-channel coverage, Smartsheet brought DeadlyScience onto the global stage - giving the nonprofit exposure they simply wouldn’t have been able to access independently.

But Sponsor X goes beyond one race. “One of the things we talked about internally before we chose DeadlyScience was this idea of lasting impact. When the race is over, can we accomplish something that lives on?,” Andrew develops.

The results certainly speak for themselves. Thanks to Sponsor X, DeadlyScience saw a mass increase in their social engagement and presence, growing their followers on social media channels and a whopping 400% increase in financial donations.
But it doesn’t stop there. Since the programme, DeadlyScience have closed a deal with a new partner to cover their postage costs for 2023 – a truly impactful, financial investment that allows the nonprofit to further their work and reach regions across 220 schools.

For Andrew, Sponsor X not only allowed Smartsheet to have a tangible impact on an organisation who shares their values, but fueled (pun intended, again) their mission to tell the world both who they are and what they stand for - “to empower anyone to drive meaningful change.” A true mutual exchange born from shared brand values.

“The logo on the car is a very meaningful, impactful thing. To show the world more about what we stand for is the whole reason behind Sponsor X”

Give and you shall receive

“We felt that by doing some real good, having a real impact and acting in a way that’s consistent with our values that a lot of people would be interested in our story - including those who write for B2B Marketing,” Andrew quips. “By acting in this way, we felt like we would be able to tell our story on a broader platform” - an aim undoubtedly facilitated by McLaren’s “fantastic social presence (...) and engaged, passionate global fanbase.”

PR benefits to one side, Andrew confesses to seeing other advantages that “have proven to be more meaningful than we originally thought.” Enter the Great Resignation.

Sponsor X confirms the Edelman Trust Barometer’s prediction that employees want to work for organisations whose values align with theirs. As Andrew outlines, the programme sits atop Smartsheet’s employee social engagement mountain. “There’s a lot of value there,” he continues. “With the Great Resignation happening, we want to make sure we’ve got great relationships with great people on our team. [Sponsor X] is something that everybody feels proud of.”

“It’s extremely motivating for our team and employees. We’re a company that are really clear about what our values are and our employees are very proud of the programme”

Smartsheet are already seeing the fruits of Sponsor X. “We’ve been hiring a lot of people in the past few months. It’s been really interesting to see the reaction of people who are thinking about joining our team,” Andrew adds.

“For those who share your values, [Sponsor X] is really powerful. It says a lot about who we are, the message we’re trying to share to the world, our own employees and potential employees”

But it doesn’t stop there. Andrew outlines a broader, ‘rapid’ change - not only do people want to work for companies whose values they share, but with: “A sales rep forwarded me a quote from a prospect who had never used Smartsheet, saw what we were doing with Sponsor X and said very directly: ‘This says a lot about who you are. I want to work with a company like that. Next time I’m going to look harder at Smartsheet’.”

This tangible impact sends a resounding testimony: the power of brand and brand values is undeniable.

Forget how you say it. Focus on what you say

The story is one thing. How you tell it is another - not to mention doing so that takes into account three different voices: Smartsheet, DeadlyScience and McLaren. But for Andrew, three isn’t a crowd when it comes to Sponsor X.

“A programme like this is a lot of hard work and is hard to pull off,” he confesses. However, by diverse means we arrive at the same end - “we’re trying to accomplish the same thing, [so] that makes a lot of that work and decision making easy.”

“What became really clear, even when we did the very first launch of the teaser, was that diversity of voices is additive - it’s a wonderful thing,” Andrew asserts. “When you are really aligned on your core values, you don’t have to worry about controlling the message! It’s better when everyone speaks with their own voice. It’s authentic, you reach more people in a meaningful way because you don’t have to feed people a script.”

Actually ‘authentic’? The proof’s in the story

Marketing loves a buzzword and a bandwagon. And socio-political issues are no exception - case and point with the sea of rainbow flags over Pride or parading out female employees for International Women’s Day. For Andrew, identifying the surface-level ‘washing’ from genuine ‘authenticity’ comes down to two things - the impact and the story.

Set the viral social posts and headlines to one side, Andrew urges. Start with the impact before ‘backing into’ the actual marketing. “The reason why I’m not worried at all about this programme being interpreted as ‘charitable paint’ is that indigenous kids in remote schools are going to get a better STEM education,” he explains.

“It’s really obvious when the values don’t line up”

Identifying the disconnect between brand message and values lies in this narrative: Does it hang together? Do the story and engagement come out naturally? “There’s no way you can feed a line to every employee and expect them to parrot back something they don’t believe in,” he states.

“Yes, this is a marketing programme at the end of the day,” Andrew elaborates. “But it’s about real change. It’s about real impact. The most important benefit is the benefit to DeadlyScience. But it all works very naturally inside marketing in that challenge because it’s consistent with our values.”

This type of ‘charitable marketing’ isn’t going anywhere anytime soon. “If you think about what it traditionally means to have a well run organisation, lots of companies have talked about things like transparency, great communication, consistency and internal mobility - there are loads of these really important principles.’

“I think that added to that list of what it means to be a great company, is clearly stating what your values are and acting in a way that’s consistent with them,” Andrew predicts.

Sponsor X sends a clear message: good things happen when you walk the brand values talk. If Smartsheet are anything to go by, organisations who can do this are certain to be in pole position (final pun) in retaining current and prospective clients, customers and employees.

Want to learn more about unlocking the power of brand?

You need Ignite USA, America’s leading B2B conference on all things brand 1-3 June, virtually and in-person, in Chicago. You'll learn the tools needed to translate and deploy your brand into top tier marketing messages and campaigns to win buyers! 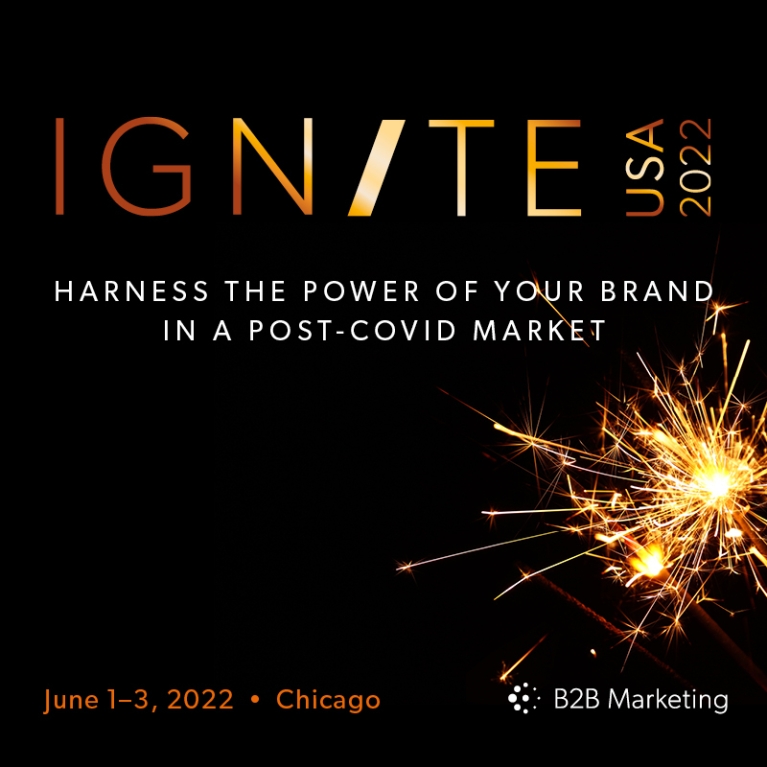