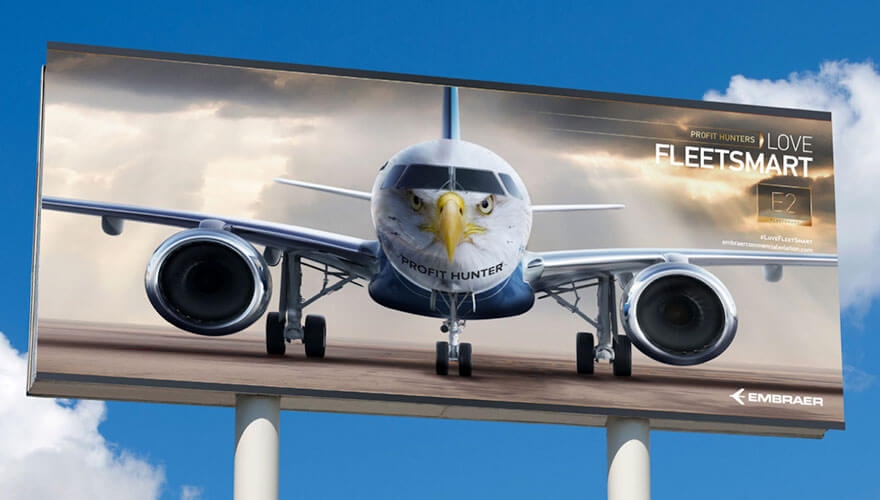 Find out how Gravity Global helped Embraer elevate its brand in the aviation sector, while increasing its share of audience by 624%

Dwarfed by Boeing and Airbus, Embraer is not well recognised for the world-class innovations and market disruptors that have changed the way airlines operate and the opportunities they give. Embraer is, in fact, the world leader in the design and manufacturing of aircraft in the 70-130 seat segment (typically known as regional jets). It is up against challengers such as Bombardier, Mitsubishi, Sukhoi, and of course Boeing and Airbus.

Brazil is famous for its football, the world’s largest carnival in Rio, the amazing statue of Christ the Redeemer, its passion, and many other things but few realise it’s also home to the third largest aircraft manufacturer in the world – Embraer.

Gravity was appointed to change this lack of awareness and elevate the brand to be the most admired challenger brand in the commercial aviation sector – at a time when Embraer was about to launch a new family of aircraft which included the biggest aircraft ever built in Brazil.

Gravity's recommendations required a complete change of mindset for the business. To move from its shy and understated personality to one that reflected the truth about the organisation and its courageous achievements.

A full brand development programme was undertaken and culminated in an integrated cross-channel campaign that achieved 624% increase in share of audience, and a 257% increase share of voice and 84.6% new visitors to the website.

It also included some new firsts for the industry, a live TV show that received over 320,000 views in the first week, and an artist painting the aircraft in the persona of its audience that went viral.

Embraer had a completely different view on the market and how to achieve sustainable profitability for its customers. Unlike its competitors they believe that overcapacity in the airline market is driving competition to unsustainable levels. This is evidenced with a number of airlines in financial difficulty. Also, to expand into new routes that have low/mid density is otherwise commercially unviable.

Embraer is challenging the business model for airlines and believes the only way to achieve sustainable profitability is by matching aircraft capacity to market demand much more precisely.

Embraer predicts that world demand over the next 20 years will reach 6400 new jets in the 70-130 seat segment with a value of $300billion. So the stakes are high.

With key players discussing specific features of their aircraft such as fuel burn and low emissions simply communicating these facts for Embraer who had a significantly lower budget would be like whispering in a crowded room.

In summary, Gravity's recommendations included that Embraer act much more like a challenge, by changing convention and adopting a bolder approach. They needed to stop selling ‘metal’ and instead recognise the challenges customers face and sell a solution for achieving profitability.

Throughout the campaign Gravity recommended the adoption of challenger language and emotionally resonant visual style across all channels. A key feature is the use of personas. These personas have a dual role.

To reflect the mindset/attitude of the audience it is appealing to and to reflect the core benefit of the aircraft solutions.

Gravity created a new personality for the brand based on four business personas:

The personas are disruptive, flattering to the target audience, put the proposition at the core of the communication and create intrigue to capture attention and drive a desire to find out more. Gravity recommended the campaign be kicked off with the re-naming of the new aircraft-known as E195 E2.

It is now known as Profit Hunter.

To ensure the it stood out from competitor aircraft, Gravity recommended they painted the nose-cone of the aircraft as a golden eagle to represent how the aircraft perfectly adapts to its environment, is able to fly longer distances efficiently and is recognised as a hunter, just like the eagle.

The aircraft was painted by an employee of Embraer that was not only an engineer but an artist and the 20-night long process was captured with a stop-motion camera. This went viral. The CEO immediately adopted the language and launched the new aircraft to the world as a profit hunting machine.

This made headlines around the world and was a big story . Not the fact it was the largest ever built, nor the fact is was extremely efficient or used less fuel.

It was simply ‘The profit hunter’.

The c-suite, analysts, the media and operators of 70 airlines across 50 countries in existing and new markets including leasing companies.

The tightly targeted digital tools were augmented by broad-scale activity in traditional media such as print advertising in trade publication, show dailies and posters at, and in the vicinity of the key airshows. Furthermore the content and social media initiatives enabled Gravity to develop the theme further to deliver maximum impact from this truly integrated campaign.

This submission won the award for 'Best multichannel campaign', 'Best product launch' and the 'B2B bravery award', as well as the overall Grand Prix at the B2B Marketing Awards 2017: 'Profit hunter' for Embraer by Gravity Global.

Now it's time to recognise YOU - the artists crafting the industry's best work.

Show the world your award-winning work and submit today. 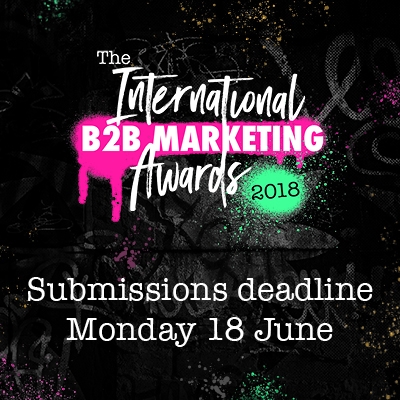