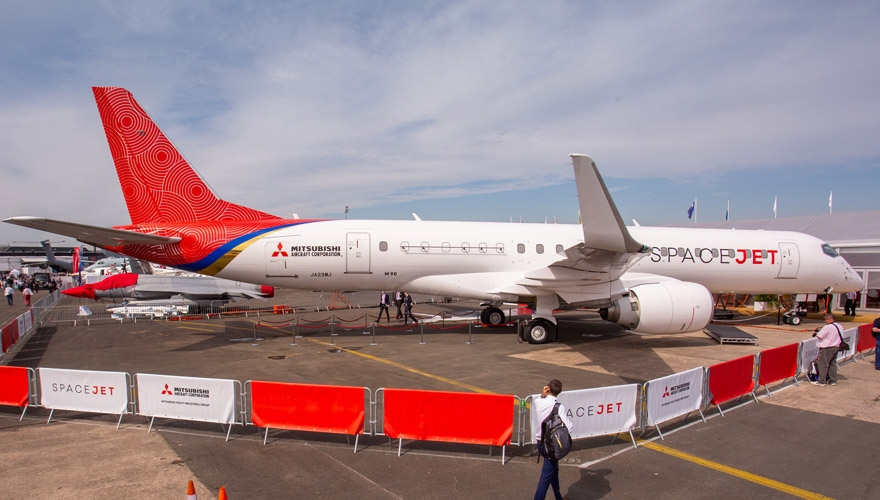 Mitsubishi Aircraft Corporation (MITAC) is a subsidiary of Mitsubishi Heavy Industries (MHI) – one of the world’s largest global industrial conglomerates – focused on the design and development of the Mitsubishi SpaceJet family of aircraft. MITAC (and in turn the Mitsubishi SpaceJet programme) was established to expand parent company MHI’s expertise in aerospace technologies, building on a core legacy at the component level and in military aircraft.

Specifically, MITAC is developing Japan’s first ever commercial jet aircraft – and its first commercial aircraft overall in 50 years – from scratch, helping kickstart and grow Japan’s aerospace industry as a whole. In a crowded commercial aviation landscape, MITAC is focusing on what they view as a neglected segment of the market in drastic need of change – regional aviation.

The regional segment has in recent years fallen into a status quo marked by lack of innovation and improvement as the few airframers there are focus on more profitable long-haul aircraft. MITAC’s thesis holds that by introducing an all-new, clean sheet product to the market that both enhances profitability for airline customers and improves passenger experience to drive long-term revenue, the SpaceJet family of aircraft can serve as a catalyst for change that advances the regional aviation market into a new era.

In recent years, the aerospace industry has become increasingly sceptical of the future of the regional aircraft market as evidenced by other OEMs’ focus on larger aircraft, tie-ups between industry juggernauts and regional jet airframers (e.g., Boeing’s purchase of Embraer), and legacy manufacturer Bombardier’s divestiture from the market. As a result, MITAC’s efforts to deliver a regional aircraft faced extreme scrutiny, not helped by the fact that the programme had been delayed five times.

While the past few years had seen organisational transformation and significant progress, and the communications strategy had been to focus on that progress in order to instil confidence among stakeholders, the larger question of why MITAC continued to pursue this category hung heavy over the programme. The company not only had to launch the new brand positioning, but it also had to convince core audiences that the SpaceJet family of aircraft was a new platform that the industry truly needed.

Edelman reset stakeholders’ understanding of the market through four key strategic pillars. First, the team demonstrated how competitors’ neglect of the regional segment has left airlines and their passengers facing a lack of innovation and suitable aircraft options, a development that runs directly counter to forecasted growth in demand across the regional segment, specifically. Second, from a consumer-oriented perspective, Edelman spotlighted changing customer expectations and shifting airline requirements in terms of on-board experience and aircraft performance.

These two external pillars played favorably to a pair of strategic imperatives within the Mitsubishi organisation. Edelman rooted the SpaceJet story in the context of parent company Mitsubishi Heavy Industries’ broader ambitions to grow the Japanese aerospace industry as a whole. Lastly, Edelman displayed how MITAC is executing on its corporate vision and the market opportunity to create a product with real value to customers – the Mitsubishi SpaceJet.

Edelman’s core objective was to demonstrate to airline C-suites and the broader industry that the SpaceJet family of aircraft would fundamentally change the regional market, thereby increasing airlines’ consideration of the product.

In service of that ‘north star’ and with a new SpaceJet platform, Edelman also sought to communicate to airline customers and prospective fliers alike the value of the SpaceJet product – from improved aircraft performance and revenue potential for airlines to thoughtful use of cabin space for passengers.

MITAC’s primary audiences for the SpaceJet campaign were twofold.

First, and most importantly, MITAC sought to engage with current and prospective airline customers at the decision-making level, in order to articulate the need for change in the industry, demonstrate the viability of the SpaceJet product and highlight the business potential of the programme.

In a segment of the market defined by razor thin margins, airlines are universally concerned with ways in which they can either reduce operating costs, and/or drive increased revenue per aircraft. Traditionally, this calculation has been overwhelmingly dominated by a focus on cost reduction. With that in mind, MITAC highlighted organisational and product-specific benefits that figure to reduce costs associated with the SpaceJet programme, as well as the ways in which MITAC as an organisation will support the programme in the longer-term. MITAC promoted aspects of the aircraft – such as its clean-sheet design and revolutionary geared turbofan engines – which improve aircraft performance and reduce operating cost. Furthermore, Edelman developed communications that demonstrated the ways in which Mitsubishi Aircraft has evolved as an organisation in order to be able to service and support the SpaceJet family for the full duration of any given aircraft’s lifespan.

Secondarily, MITAC also sought to communicate the benefits of the SpaceJet platform to the general flying public, ultimately in hopes of demonstrating the potential for increased revenue for airline customers. In the present status quo, passengers dread flying on the 50-100 seat aircraft that bring them from regional airports to mainline, long-haul routes flown on larger aircraft.

The Mitsubishi SpaceJet family of aircraft aims to translate the more comfortable mainline passenger experience that the traveling public covets over to the regional segment, a move that MITAC anticipates will drive recurring revenue for airlines in addition to the aforementioned cost savings. With that in mind, Edelman supplemented core B2B communications that emphasised aircraft performance and cost savings with more passenger-oriented communications that drew attention to the other side of the coin for increased airline profit.

Edelman mapped a customer journey that was intended to reach and influence the key audiences via online and offline channels. First, leading up to the launch of the campaign, Edelman hosted media events intended to seed the messaging regarding the market segment – neglect and opportunity – with key aviation publications. Edelman used emails to the website subscribers, built over a two-year targeted digital marketing campaign – to ensure that if the audience didn’t see the articles upon publication, they got the articles directly into their inbox. Further, ahead of launch, Edelman identified opportunities for teasers and intentional leaks that would build curiosity and interest. These moments in time led to anticipatory coverage of its news at Paris Air Show.

In the days ahead of Paris Air Show, Edelman launched the new brand via a comprehensive campaign executed across a diverse mix of communications platforms. Called “Space Where It Matters," the campaign was a vehicle through which Edelman could communicate the value of the SpaceJet family of aircraft along the full B2B2C spectrum – the direct value of the aircraft to airlines’ business and what about the aircraft they can market to their passengers to enhance preference and ancillary revenue. The campaign called attention to aircraft features such as an optimised cargo and personal space that in turn resulted in changes to seating capacity, operational profitability and revenue potential of the aircraft. It also spoke even more directly to the in-cabin experience for passengers, one in which all standard bags fit in overhead bins, there is never a middle seat, and individuals have more space for themselves compared to any aircraft in its class. In a time when airlines are more receptive than ever to passenger sentiment, promoting a product that can drive business success through both aircraft performance and passenger loyalty is doubly appealing to MITAC’s current and prospective customers.

Online, Edelman shared an anthem video that brought to life how the aircraft’s design was influenced by Japanese principles of space and design, featuring the perspective of a traditional Japanese rock gardener as he landscaped a traditional Buddhist Japanese rock garden. They highlighted space in a digital and print advertising campaign in key publications – Aviation Week, AIN, FlightGlobal, and others – that showed the interior of the aircraft and the space that it brings to passengers.

“Space Where it Matters” showed up in key locations throughout Paris – including the baggage claim at Charles de Gaulle airport, the highway en route to Le Bourget, and throughout Le Bourget itself. Onsite at Paris Air Show, they welcomed guests to a branded experiential venue that pulled through space and Japanese inspiration and featured the show highlight – the aircraft cabin mock-up. The space included interactive audio/visual features, a media center and immersive experiences built around them that guided current and prospective customers and suppliers through the Mitsubishi SpaceJet and its unique value to the industry. Edelman also created and passed out all new marketing materials in the new brand to visitors to its space.

Edelman also relaunched MITAC’s digital presence, developing a modern and comprehensive website that ensured that decision makers at airlines know that MITAC isn’t just a Japanese aircraft development programme, but rather a mature, global, full-service aerospace OEM. This new web presence also further enhanced an ongoing digital marketing programme that has been two years in development, ensuring not only that MITAC is sending the right message to the industry, but that the specific individuals in decision-making roles at customers and suppliers are receiving that message directly, consistently and often.

Edelman developed and published a range of content on MITAC’s new digital property, including short-form programme updates, long-form features, videos and other visual content. This content was packaged with highlights from onsite activity including live updates, lookaheads to MITAC events and highlights of earned media wins in the form of a daily newsletter that was distributed to high-value contacts generated through the aforementioned digital marketing mechanism.

This content marketing programme – thoughtful and strategic content promoted in a targeted manner on MITAC’s owned and social channels – has proven critically important to the success of the company’s communications programme. Not only has the team been able to tailor and distribute its communications to specific audiences at opportune moments in time, but engagement data from those communications has also helped dictate adjustments that help MITAC better appeal to its current and prospective customers.

All told, Edelman’s support of the launch of the Mitsubishi SpaceJet brand at this year’s Paris Air Show ensured the successful rollout of a new product set to transform the regional aviation industry.

Edelman’s support of MITAC at the Paris Air Show was a resounding success. Engaging content and strong earned media results amplified through social content ensured that the launch of Mitsubishi SpaceJet was received favorably by executives and decision makers at existing and prospective suppliers and customers, as well as the flying general public whose opinions are increasingly guiding the behavior of commercial airlines.

More impressive, however, were the returns generated through its digital marketing campaign, built on the successes of and information gathered through two prior successful air show campaigns. During its first two weeks, more than 19,000 individuals visited the redesigned MITAC website, with roughly 3,000 of them visiting the site multiple times. Additionally, the first two weeks of the digital marketing campaign drove 254 new email subscribers, including dozens of director-level and above employees from key suppliers, partners, customers and competitors.

Months later, in Deloitte’s 2020 Global Aerospace and Defense Industry Outlook, included the analysis that “commercial aircraft backlog is declining from peak levels, regional jet demand is taking off,” citing bylined content Edelman published to its website as a part of the campaign and reinforcing that there is a “robust” future in regional.

On the strength of this year’s campaign, MITAC has secured two agreements with customers for 115 aircraft total, and is entering an active sales period with a sound strategy and a business tailwind set to catapult the SpaceJet programme to center stage in the regional aviation market.

“From the bottom of my heart, I want to thank everyone for their hard work and dedication to making the Paris Air Show such a positive success this year. Everyone worked as one team, with one goal: Promote Mitsubishi Aircraft Corporation, SpaceJet and the new M100. The media coverage, supplier feedback and customer visits were the strongest we have ever seen. Mission a success!” 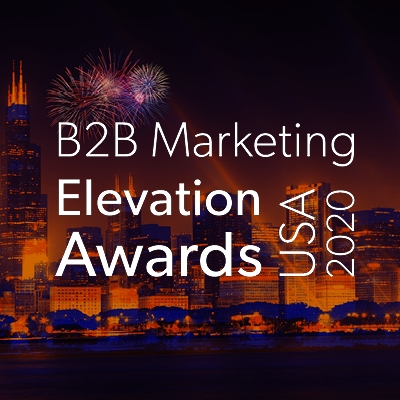