Awards case study: Find out how Stein IAS helped TM&I deliver a substantial number of MQLs to its sales team 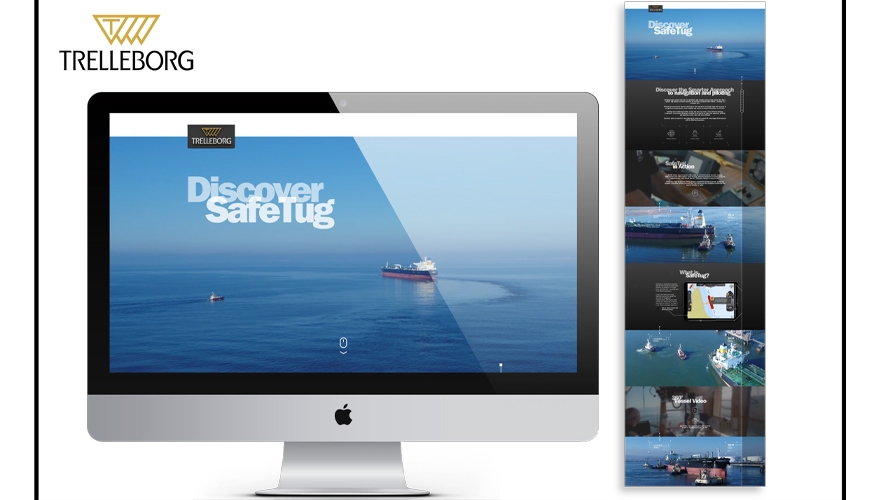 TM&I has around a thousand employees worldwide, and is one business unit of Trelleborg Group which has 24,000 employees. The group is known for polymer engineering and TM&I is one of the more diverse business units, now moving into the new category of port automation, where it competes with long-established marine industry specialists.

Specific issues and challenges to be addressed

Aside from persuading the client to spend more than ever before on a single stage campaign, perhaps the biggest challenge would be raising awareness and driving product sales amongst an audience that is relatively immature, in terms of smart technology adoption.

The product launch campaign would need to create awareness among tug masters, marine pilots, tug companies and harbor masters. Overall, it was calculated that the total addressable market of buyers and influencers for SafeTug was around 6,000 people worldwide.

The strategy here was to produce an experiential content piece, tailor made for this audience that would demonstrate the benefits of the product and show them their working world as they had never seen it before.

Tugs use 360° thrust and their unique bridges have 360° visibility, so Stein IAS proposed demonstrating SafeTug’s benefits in an immersive, online 360° video and VR experience.

This would be a highly original practical use of 360° video and was the perfect way to let prospects experience how SafeTug improves safety and efficiency.

This high-tech video about this high-tech product would then be promoted with a high-tech marketing campaign, using a mix of online ads, social media, PR and email.

The digital campaign was orchestrated using Oracle Marketing Cloud automation, tracking all interactions through prospects’ IP addresses, enabling lead nurture using automated emails. These communications promoted the video to those who hadn’t watched it yet, and the SafeTug webpage to all those who had. The video was gated for new users, capturing new contacts for the database and opening the way for email nurture. Tracking used Google Analytics and Hotjar Visitor Recording to build a picture of individual users’ needs and readiness-to-buy. In this way the video played the key role in generating MQL’s and actual sales ROI.

Using specialised gear including a hired 360° camera array, the team filmed the docking process from the bridge of the lead tugboat. Drones were deployed to get aerial shots, and footage was filmed from the Agathonissos itself. Filming took place in rare, perfect conditions. This allowed some breathtaking wide-angle shots, and gave a great view of the docking process, enabling the film-makers to tell their story accurately and artistically.

The result is a really cool 360° video which can be viewed on desktop using the mouse to shift perspective, or on smartphone using cardboard VR. The video gives an immersive, interesting and thrilling experience, demonstrating how the SafeTug system impacts the safety and efficiency of the harbor approach and berthing processes.

The SafeTug 360⁰ Video was promoted using a highly-targeted campaign integrating these channels:

Altogether 1,029 users watched the video. The total addressable market was calculated as 6,000. TM&I managed to break through the noise, creating instant awareness among port operators, owners, pilots and tug skippers.

By viewing SafeTug in action, the audience could clearly see the importance of SafeTug for enhancing safety and efficiency of operations. And as TM&I’s most successful product launch ever, the campaign exceeded all objectives, delivering double the projected ROI and substantially more MQLs than expected. Even more impressive is the six minutes users spent on the site – after all, can you remember the last time you spent more than six minutes on a work-related webpage? This clearly shows just how useful the 360° video is to this audience.

Soft benefits of the video include using it for sales enablement and internal training. The video was used as a VR experience at 2019 trade events, just one way in which it contributes to the wider business strategy of leading the emerging category of port automation.

Here are some more campaign metrics:

The campaign delivered  a substantial number of MQLs to the sales team, exceeding its goal, with more in the pipeline. This gives a projected year one ROI of 20:1 based on average lead conversion rates, doubling the campaign’s most important target of all. This is the most successful product launch campaign ever for TM&I.

“The SafeTug 360° experience was our first ever practical use of 360° video and Stein IAS pushed us to create our most successful product launch ever. As well as creating truly amazing content and an immersive experience for our audience, the campaign created instant awareness across our target market and produced exceptional results.”

This submission won the award for Best use of VR/AR at the B2B Martech Awards 2020.

Check out the shortlist here 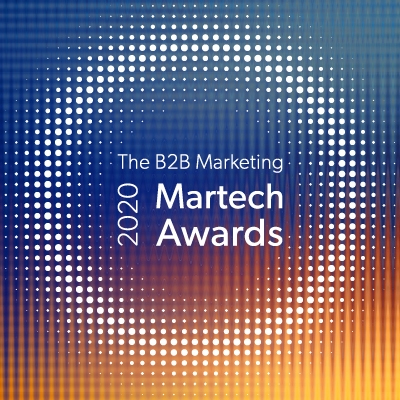