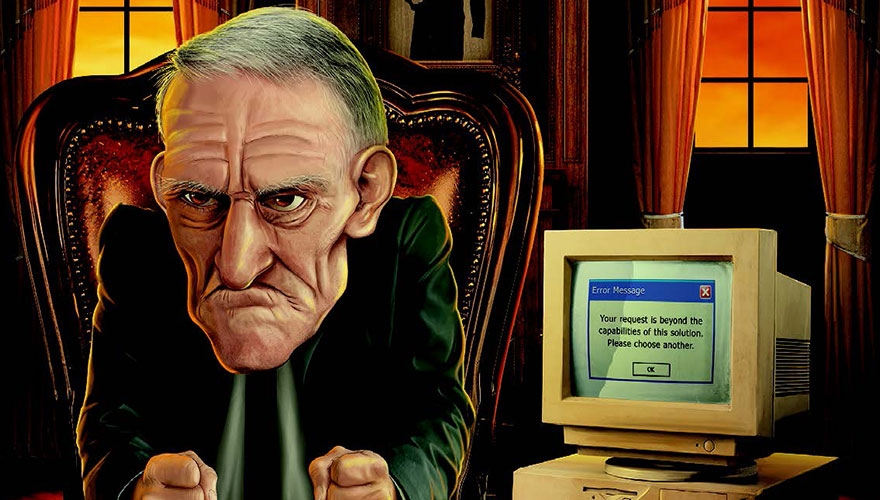 Advanced is the UK’s third largest software solutions provider and on an ambitious growth trajectory. It was included in the Sunday Times 'Top track 250 company 2015', Deloitte’s 'UK fast 50' and awarded 'Tech company of the year' at the PwC’s UK Tech Awards 2014.

Realising its potential, Vista Partners purchased Advanced in 2014 for £725 million and promptly de-listed the company from AIM. This resulted in a focus on establishing Advanced as a centre-of-excellence – an objective that demanded strong marketing initiatives to support the new marketing strategy and position aggressive growth targets.

The transformation process of reorganisation, rebranding, relocation and restructuring applied time and resource pressure onto a marketing team already busy implementing a rebrand, in addition to daily objectives.

Secondly, marketing communications were historically product or sector-focused, reactive and short-term. While this targeted approach generated demonstrable successes, customers were unaware of the breadth of solutions offered as departments operated as silos, allowing competitors to land opportunities that should’ve been an easy up-sell.

During the discovery phase of the campaign, the conversation turned to industry competitors: what are they doing? Why? Strengths and weaknesses? Sector issues?

Having listened to examples of how things shouldn’t be done, a pattern emerged – of over-promising, under-delivering and selling make-believe. Something Graymatter could only surmise as a fairy tale.

This inspired ideas on how to present the common experience of problematic IT solutions, which rapidly developed into a campaign.

The combination of fairy tales and IT created the campaign umbrella, ‘FairITales’. Familiar fairytale anecdotes were remixed for headlines and storylines and incorporated quirky phrasing such as ‘sophisticatedly simple solutions’ to lighten the tone.

Given that multifunctional oat transformers and giant beanstalks are hard to source, and generic sector photography is prevalent, a differentiating illustrative approach was adopted. Headlines, illustrations and content were all nuanced to align creative with the funnel.

Campaign waves were deliberately non-sector specific to maximise reach but had the flexibility to target sectors if necessary. For example, Jack and the Beanstalk was aimed at the finance sector.

Communicating with the audience

Advanced had two choices; play it safe and risk cut-through, or be brave; adopting an approach that may not universally appeal, but would arguably achieve greater recall.

The company opted for the latter, using humour and distinctive creative to encapsulate the challenging proposition of right-first-time solutions to prospects and competitors.

Anecdotal evidence showed trade event follow-ups had high campaign recall, with the campaign also featuring in the trade press. The campaign received a mention in the September edition of Legal IT Insider from a CEO at ILTA remarking how he wanted his software to be “... like the Goldilocks story: not too hot, not too cold, but just right”.

The campaign was working – cutting through, memorable and causing a reaction – but the proof of success would be the sales pipeline value.

Team Advanced are delighted to announce that you can get your hands on a copy of FairITales this Christmas, with all proceeds going to The Prince’s Trust to help disadvantaged young people in the UK get into work, education, training or volunteering.

If you know any children who would love a book of truly modern fairytales, (or any adult B2B marketers looking to see some truly brilliant creative), you can order a copy online for just £10 at 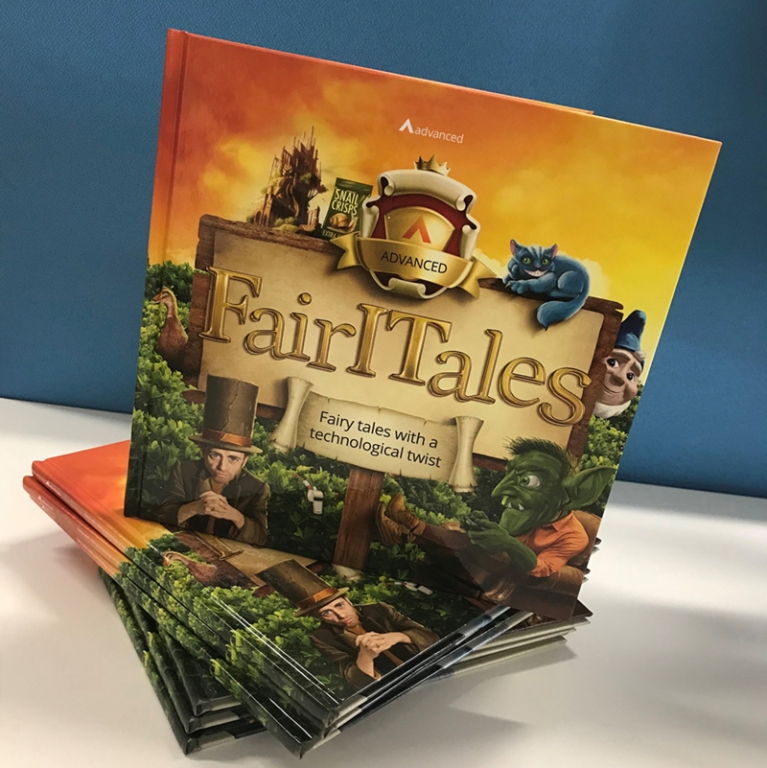 If you have any questions or wish to find out more about the book, the Million Makers project or how you can help, then please contact FairITales@oneadvanced.com.

“Following our major rebrand earlier in the year, we took a fresh and innovative marketing approach that stands out from the myriad of business communications that our customers and prospects receive daily. This creative campaign delivered a great opportunity to reinforce our brand values and drive opportunity for all business units – as well as being an enjoyable read. I’m pleased to say, that for Advanced, this fairy tale had a very happy ending.” Sally Scott, CMO at Advanced

This submission won the award for 'Best use of creative' at the B2B Marketing Awards 2017: 'FairlTales' for Advanced Business Solutions by Graymatter. 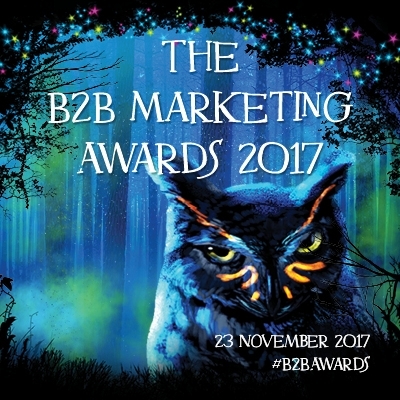