Awards case study: How Arco 'shook the doors' of Westminster by exposing UK workers' lives being put at risk 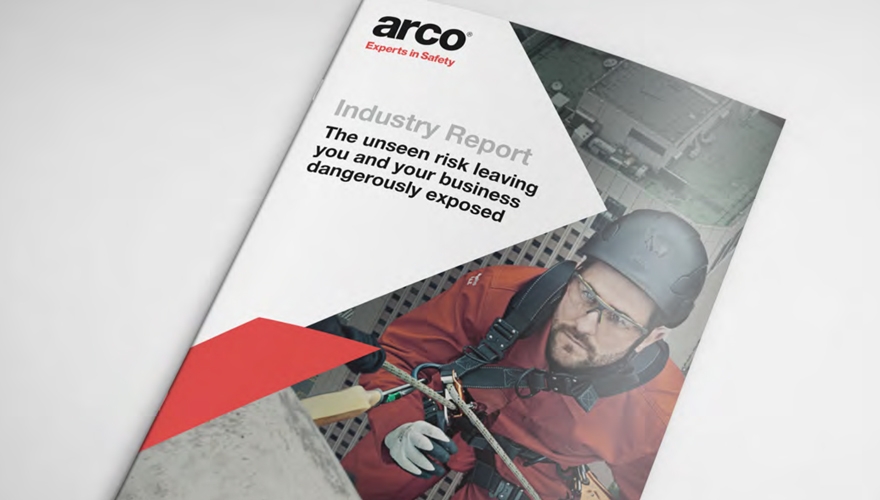 When Arco learned unscrupulous manufacturers were putting UK workers' lives at risk with sub-standard safety equipment, it needed a hard-hitting thought leadership campaign to raise awareness at the highest levels

Arco became aware of a dangerous loophole in the CE marking process for safety equipment that was allowing unsafe products to get to market. Tests carried out in their product assurance testing lab showed unscrupulous manufacturers were exploiting this. Arco was concerned a lack of due diligence by other distributors and suppliers in international supply chains was putting UK workers’ lives at risk and creating a situation with the potential to bring the entire safety industry into disrepute. Arco decided it had no choice but to act decisively by exposing its findings in a professional and credible thought leadership campaign.

Arco’s campaign needed to work extremely hard to cut through the bureaucracy of a notoriously slow to react health and safety (H&S) industry and drive real change. Central to the campaign activity was a short, compelling documentary film which brought together legal experts, brand owners and H&S specialists to examine how this was happening to legitimately CE-marked safety equipment. The campaign resulted in a number of product recalls and competitor statements, inspired senior industry stakeholders to become involved, and ensured questions were asked in UK Parliament about post-Brexit safety legislation and the safety of workers.

Arco, the UK’s leading distributor of safety equipment, has a guiding mission to keep people safe at work.

Consequently, the Hull-based company adopted a thought leadership role, inspiring and informing the rest of the industry and promoting the highest levels of product excellence, compliance, sustainability and ethics in supply chains across the world.

Historically, there’s been a marked lack of governance and market surveillance within the safety industry, and a lack of attention from parliamentary stakeholders and industry bodies.

In the face of this, Arco’s ethical thought leadership approach required a strong commitment from within the business. Arco’s emphasis on safety, due diligence and quality needed standout in an environment of economic uncertainty, budgetary constraint and over-emphasis on price rather than quality.

Additionally, H&S is often regarded as the ‘jobsworth’ department, frequently derided and undervalued by other business areas, making getting a quality and safety message across even harder.

Plus, the complexity of EU legislation, and the extended international nature of safety product supply chains, made Arco’s message a potentially unwelcome complication for businesses already dealing with a range of compliance challenges. 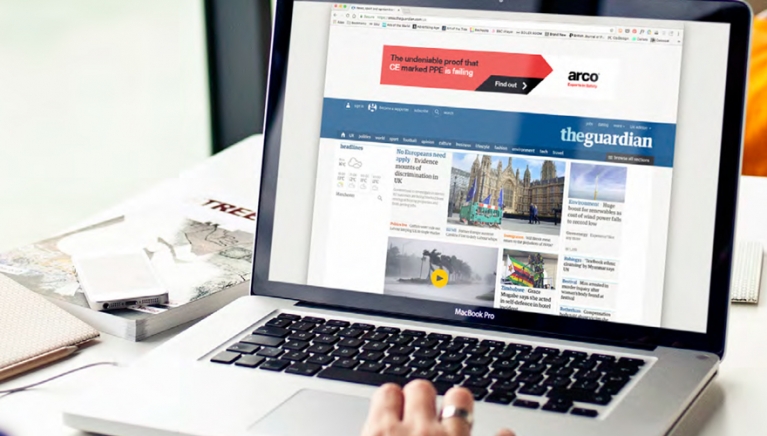 Arco’s overall objective was to generate awareness leading to real change, to ensure that workplaces across the UK become safer for workers.

Arco’s campaign focused on its deep understanding of the highly risk averse mindset of H&S professionals, and set out to achieve a number of ambitious objectives:

The campaign was produced in conjunction with Born + Raised. At its heart was a hard-hitting, short documentary.

Featuring contributions from high-level industry figures, well-known safety brand owners, legal and H&S experts, it was both credible and impartial, yet hard-hitting enough to get a complex message across in a change-averse marketplace. Emails encouraged recipients to view the film and invited them to use a new online ‘Calculate your risk factor’ tool. Tapping directly into the risk averse mindset of H&S professionals this produced a personalised risk factor report containing suggested actions to take to reduce the risks.

Arco also ran an industry lobbying campaign. Arco’s action was instrumental in the BSIF strengthening the testing and surveillance regime of the RSSS, hence offering further protection to end-users. All findings from its research, together with data from its independently accredited product assurance laboratory, was shared with Arco’s own suppliers.

The campaign was further supported by smart use of challenging online banner messaging and ad placement, plus an emotive brand ad campaign highlighting the risks of non-compliant safety equipment.

Arco traditionally struggled to make its safety message heard beyond its immediate suppliers but the documentary suddenly opened doors.

Key industry figures and experts actively sought to be part of the documentary. In May 2018, Emma Hardy MP drew the House of Commons’ attention to the issue for the first time, citing Arco’s research and stating that, despite CE branding, up to 50% of boots are substandard. Andrew Griffiths, Parliamentary Under Secretary of State at the BEIS agreed to ask the Office for Product Safety and Standards to investigate this with Trading Standards officers.

Arco was then invited by the BEIS to attend and contribute to a new initiative, the Office for Product Safety and Standards, where it was able to further drive the issue of market surveillance and better regulation of the safety industry beyond Brexit.

The campaign also influenced EEF, the manufacturers’ organisation. The UK’s biggest industrial body allowed Arco to speak to members, and invited them to be co-producers of a paper which makes recommendations for the shape of H&S legislation beyond Brexit.

Arco’s thought leadership campaign succeeded in raising the whole issue of market surveillance and due diligence within the industry, putting it firmly at the top of business agendas. Also as a direct result, the BSIF issued warnings and statements to members and created its Registered Safety Supplier Scheme, which now means that all members supplying protective equipment into the UK market can be sampled and tested annually by the BSIF, ensuring better compliance and safety for the UK workforce. Trading Standards has also issued statements and a range of new guidance.

While the primary objective was to make workplaces safer the campaign also demonstrated a measurable commercial benefit:

“While some brands had taken Arco’s lead in taking steps to offer increased assurance and compliance in their product quality, key industry bodies were not taking action. Market surveillance just wasn’t on the agenda. By creating a movement and involving other leading figures in the industry, we really started to be heard and the industry started to care about product compliance and keeping UK workers safe. Being invited to help shape the future of health and safety in the UK beyond Brexit is the ultimate testament to this campaign shaking the doors of Westminster"

This submission won the award for Best use of thought leadership at the B2B Marketing Awards 2018. 'CE failings' for Arco by Born + Raised.