Awards case study: How F5 Networks drove $500,000 in sales and $1.6 million in pipeline with its "Hug a Hacker" campaign 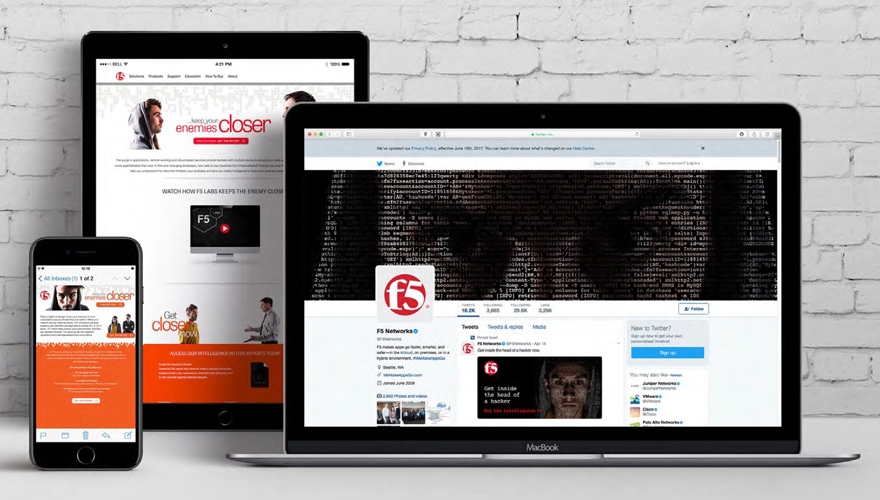 For global results: keep your enemies close – and your prospects closer!

“Hug a Hacker” by MOI Global for F5 was a global, end-to-end, multichannel campaign that was a complete departure for the client. Through a combination of arresting creative, hard-hitting content and a channel strategy tightly mapped to audience behaviours, cultural differences and buying stage, it achieved a totally connected buyer journey from awareness to SQL conversion across 48 countries and six languages.

In the perfect value exchange, prospects were carefully guided through every stage of the marketing funnel in an expertly-planned, two-phase process of awareness and nurture. Audiences in every region received directly relevant, high-value, up-to-the-minute security intelligence and advice, all translated as appropriate for their respective language and cultural needs.

As a result, the client achieved an unprecedented peak in awareness levels, a successful positioning as a security thought leader, and conversion results that outstripped all previous campaigns.

Crucially, the campaign has since become both the benchmark and global blueprint for all F5 campaigns going forward.

F5 Networks specialises in the delivery and security of web applications and the security, performance and availability of servers, data storage devices, and other network and cloud resources.

Headquartered in the US, F5 had low unaided awareness (just 1 percent) across Europe and the Middle East. One significant challenge to their growth is, despite the recent global surge in applications, remote working and cloud-based services, there is low general awareness among IT decision makers of the increased vulnerability of their businesses to hackers and cybercriminals.

Territories: A total of 48 countries across western and eastern Europe, Benelux, the Nordics and Middle East.

Given the breadth of the campaign objectives, diversity of the audience, and the expanse of the territories it covered, it was essential the strategy was not only mapped tightly to audience behaviours and preferences, but was also easily translatable and highly sympathetic to regional sensibilities.

A combination of arresting creative and hard-hitting, original content designed for every stage of the buying process guided prospects on a completely connected end-to-end journey via a two-phase process: awareness and nurture.

The campaign creative developed a humorous treatment of a serious and timeless message that resonates across the globe: that in the war on crime (in this case, cybercrime), you need to know your enemies and understand your threats. Enter “Hug a Hacker”. But an atmospheric, yet starkly factual campaign video left the audience in no doubt about the seriousness of the message and became an extremely effective convincer to engage.

The incongruousness of the C-suite executive hugging a cybercriminal captured audience attention and imagination across all territories, with one important modification for the Middle East. Cultural sensitivities here meant that the hug was modified to a hand on the shoulder. Copy and content was developed in English and translated into five other languages: French, German, Italian, Spanish and Polish. Audience attention captured, the chance to download high value, original content about the changing security landscape, prompted action.

Each channel adapted the creative according to the environment, with calls to action driving prospects to a bespoke campaign landing page to engage with four gated content assets. Landing pages, channel comms and content assets were translated and/or transcreated according to the language and cultural requirements of the respective campaign regions.

The campaign hashtag (#hugahacker) linked social media activity to the other channels and encouraged shares.

Over an eight-week period, creative was continually tested and adapted to optimise messaging and maximise impact and response. Once on the landing page, prospects accessed the content assets by submitting their data, thereby converting into an MI.

Nurture made use of three key channels: email, social selling and display retargeting to convert MIs to SALs. In all regions, the nurture programme progressively unlocked further, more in-depth content assets as prospects journeyed through the funnel, the route being determined by each prospect’s choice between two content topics at MI stage. Both topics matched corresponding F5 product areas: SSL and DDoS. Prospects who downloaded SSL-related content entered the first stream; those who chose DDoS entered the second. Their subsequent journey through the funnel delivered successive content pieces closely mapped each stage of the purchase path, from awareness, through consideration to decision-making.

MIs were simultaneously entered into a social selling programme. F5 social champions were identified in each global region, their social profiles optimised and content seeded in their daily social posts. When prospects engaged with them, they received content and messaging that mirrored the nurture process above.

In addition F5 employees across each international office were encouraged to share campaign content and messaging, while internal campaign playbooks and demand gen guides helped staff understand and use the campaign.

Hug a Hacker quickly extended beyond its core objectives and continues to evolve. For example, a specific SSL and DDoS demand generation campaign grew as a direct result, while a new, still growing, social community continues to drive leads. This campaign has crucially become the benchmark for all global F5 campaigns going forward.

And the total number of CRM contacts increased by 27.5 percent:

Hug a Hacker has become both the benchmark and global blueprint for all F5 campaigns going forward.

"We needed an approach that surpassed a traditional campaign and translated across five different languages and cultures. What was delivered created huge impact both internally and externally, to the extent that our sales force were so impressed they adopted the assets and messaging, and became natural amplifiers. Thanks to MOI we now also have an outstanding blueprint that will shape future F5 campaigns globally."

This submission won the award for 'Best international campaign' at the B2B Marketing Awards 2017: 'F5 Hug a hacker.Keep your enemies closer.' for F5 Networks by MOI Global. 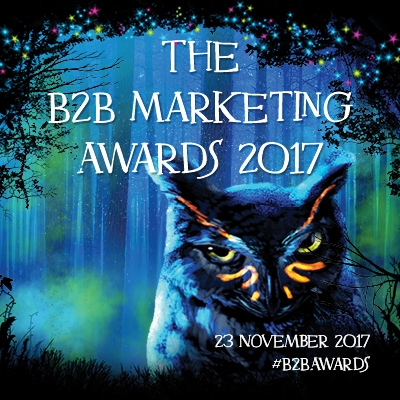