Awards case study: How Gravity Global and Embraer won 'Best use of digital techniques or technologies' 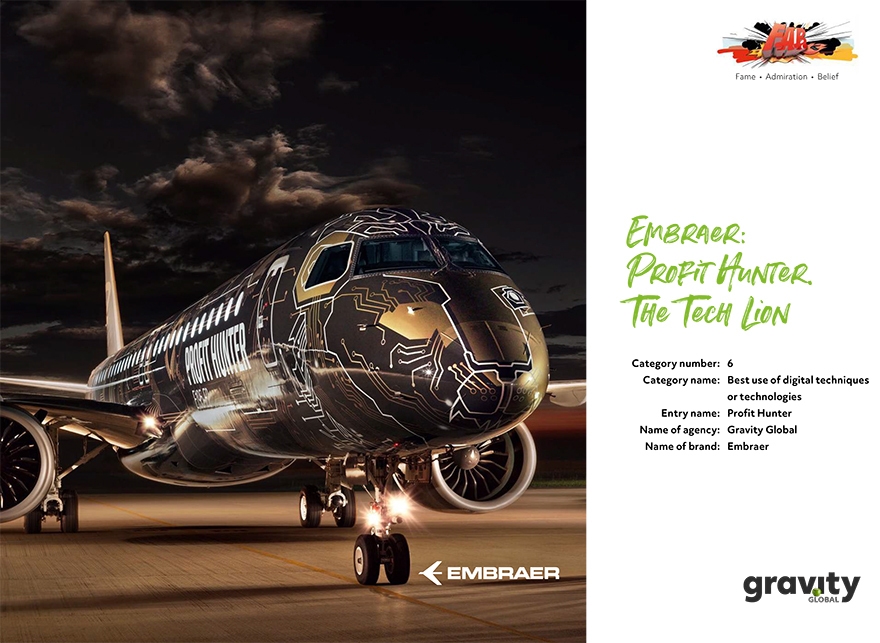 The Embraer ‘Profit Hunter’ Tech Lion campaign by Gravity outperformed all other competitor programmes globally, punching way above its weight.

Digital techniques have been key components in the successful global roll out of the all new E2-E195 aircraft.

This campaign deserved to win because these innovations stimulated record levels of engagement, positive brand sentiment and communicated the innovations of the product across every touchpoint.

Embraer, a Brazilian company, is a world leader in the design and manufacturing of aircraft in the 70-130 seat segment (known as regional jets), competing against Boeing, Airbus and challengers including Sukhoi and Mitsubishi.

The c-suite, operators of 70 airlines across 50 countries in existing and new markets including leasing companies, analysts and the media.

"Gravity Global created the Profit Hunter branding for Embraer Commercial Aviation and it has been an incredible global success with ...customers, journalists, employees and the wider industry.

The iconic branding of predators on the front of the aircraft has attracted a huge following and even customers have adopted the idea for aircraft in operation.

We wanted an idea that would make Embraer famous across the world and Gravity exceeded our expectation with the power of the Profit Hunter branding.

This submission won the gold award for 'Best use of digital techniques or technologies' at the B2B Marketing Awards this year.