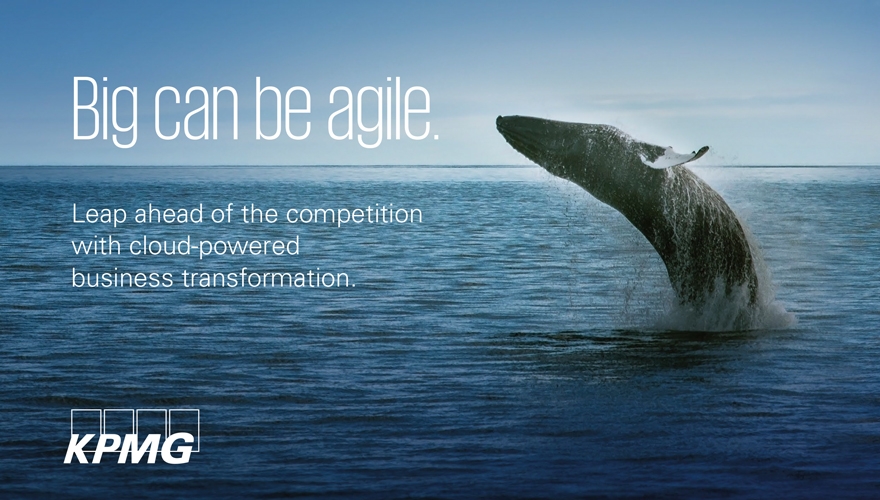 This campaign blended digital and offline media to reach a diverse audience that shared a common objective: to transform their businesses to compete in a digital, customer-driven world

KPMG remodelled its proposition on digital transformation following a programme of research into the needs and expectations of decision-makers for whom it is a priority. That audience included IT decision-makers, but the campaign was also extended to reach other line-of-business leaders, including those working in marketing, HR, operations and finance.

Using multiple channels maximised the chances of the audience seeing and engaging with the key messages. Digital media, such as email, targeted banners, programmatic and social media, allowed KPMG to pinpoint specific targets and then glean valuable insight into their preferences and priorities. Meanwhile, offline channels, from Financial Times cover takeovers to taxis, amplified the campaign and enhanced its impact and credibility.

The campaign developed by twogether smashed every target set, generating £35 million – more than 10 times the revenue target of £3.2 million – and contributed to a 70% year-on-year revenue uplift for the proposition. It also moved KPMG from fourth place to first for brand awareness in the consulting market for 2017.

KPMG is one of the ‘Big Four’ accountancy/consultancy firms. It operates as a global network of independent member firms offering audit, tax and advisory services in 154 countries and territories. Clients include corporations, governments, public sector agencies and not-for-profit organisations.

The firm is recognised by analysts such as Forrester, HFS and IDC for the strength of its digital proposition, but a global brand tracking study showed that it ranked below average for technology and digital transformation among the other ‘Big Four’ competitors: EY, Deloitte and PwC.

This campaign was conceived to correct that misconception and establish sustainable momentum for KPMG as a firm that is anticipating the future benefits of technology.

KPMG research revealed integrated offerings are important in technology advisory. In response, KPMG brought its digital offerings in cloud, data and analytics, and artificial intelligence together for the first time as a single proposition.

The new positioning enabled the firm to move away from its focus on individual technology offerings, demonstrating that it could draw on an integrated range of digital solutions.

A multichannel campaign was the most effective way to reach a saturated market. Personalisation and geotargeting were used for the digital elements, with guerrilla targeting for the offline media. This combined approach enabled KPMG to pinpoint individual, high potential clients with great accuracy, generating record results.

The aim was to transform the fortunes of KPMG’s digital transformation businesses, by generating: 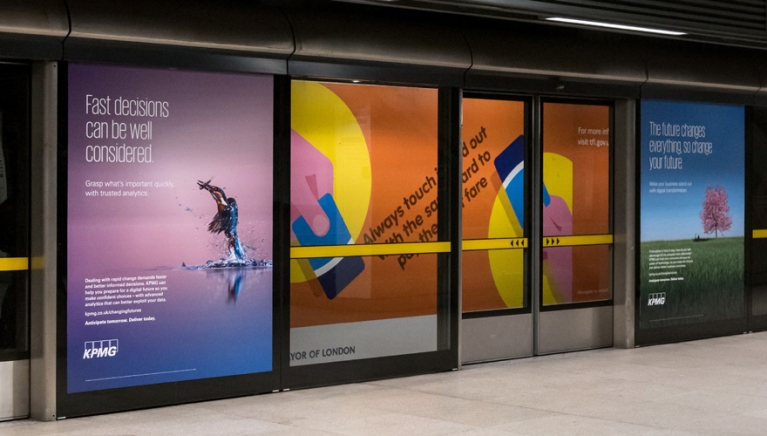 The campaign was aimed at medium-sized businesses through to global corporates. As well as targeting traditional buyers of technology, KPMG identified ‘transformation buyers’, including chiefs of finance, HR, operations and marketing. The strategy also capitalised on KPMG’s existing reputation among these audiences as a trusted accountancy brand.

A three-tier approach helped to align the messaging with the different stages of the audience’s transformation journey: 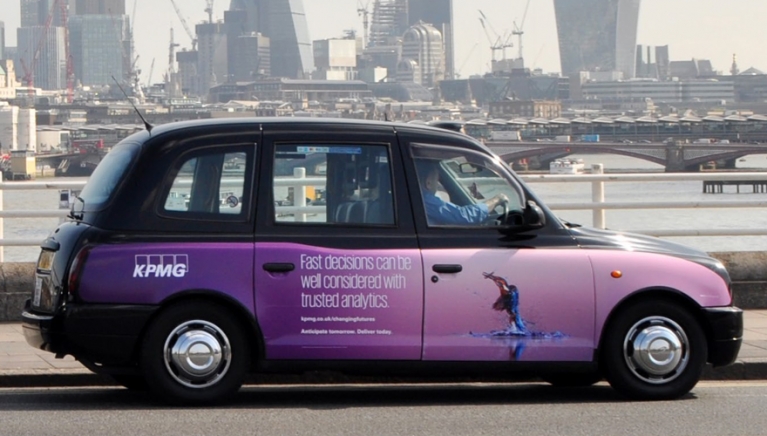 For KPMG, this was a record-breaking campaign, delivering:

In total, the campaign delivered:

“We had ambitious targets for this campaign and we far exceeded them. As well as great creative, the intelligent use of digital and offline channels gave us the reach and cut-through we needed to stand out in a very competitive market”

This submission won the award for Best multichannel campaign at the B2B Marketing Awards 2018. 'Changing futures' for KPMG by twogether.