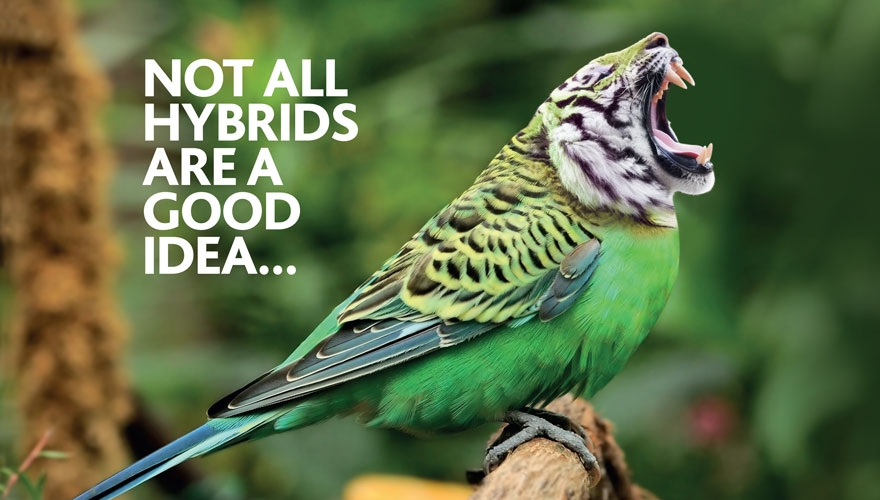 Find out how Leisnaik Swann worked with its client, Nuaire, on its product launch, securing £3.3 million in pipeline and breaking records for its ROI .

Launching a new product is never easy. When you’re also breaking into a new market segment, the bar is even higher. This was the challenge facing Nuaire with its XBOXER Hybrid, a new hybrid ventilation range for schools.

Well known for its expertise in mechanical heat recovery systems, Nuaire had stayed out of the market for hybrid products. Regulatory changes meant this strategy was no longer viable.

Lesniak Swann, the agency employed by Nuaire, decided to catch audience attention by engaging them on an emotive level, using an unsettling, colourful creative campaign based on eye-catching ‘hybrid’ animals, and a provocative tagline that questioned the quality of existing hybrid products. It generated interest and desire through a combination of print ads, direct mail, social media activity and digital content, with each element building on the one before.

In just over two months, Nuaire was asked to quote on 33 hybrid projects at a value of £3.3 million. And with several months of the campaign still to run (at time of press), sales activity looks set to skyrocket further. ROI for a campaign budget of just over £50,000 is already breaking Nuaire records.

“Creating hybrid animals was an inspired concept from the Lesniak Swann team. It instantly captured attention with bold, compelling images in what is otherwise a dry, technical market – and it certainly worked! The Nuaire XBOXER Hybrid unit has already started generating significant new leads, quotes and orders.”

Nuaire is the UK market leader in energy-efficient domestic, commercial and industrial ventilation solutions. As established mechanical ventilation experts, its XBC range has been used in hundreds of school projects and its products are sold worldwide. It was not previously present in the market for hybrid ventilation systems, which are based on different technology.

Nuaire has more than 450 employees worldwide. It has been owned by Polypipe since 2015, with Polypipe’s current turnover standing at £433 million.

While Nuaire is renowned for its mechanical heat recovery units, it had deliberately stayed out of the natural/hybrid ventilation market. Hybrid units are hard to control and test as performance is dependent on the weather. The performance of mechanical units is guaranteed, which is why Nuaire has always preferred this option.

Since the introduction of a new Building Regulation in August 2018 (BB101), which favoured the specification of hybrid systems in schools, it was clear that its strategy of staying out of the hybrid market would not be commercially viable in the long term. Having been ‘anti-hybrid’ in the past, Nuaire recognised it would need to adopt a clever, fairly aggressive approach to refine its position and break into the increasingly lucrative hybrid market dominated by powerful competitors.

The campaign’s primary message was simple and effective: Not all hybrids are the same, but with the XBOXER Hybrid you get the best of both worlds. This new hybrid solution from the market leader in mechanical ventilation is better than the products currently available, thanks to their deeper technical expertise and exhaustive R&D.

Alongside this launch message, the agency created doubt about the competitors’ credentials, illustrating that they don’t have the same level of technical and mechanical expertise as Nuaire.

The aim was to achieve £2.3 million in sales, with 23% of total orders attributed directly to marketing activity.

The planned nine-month launch campaign features new content at least every fortnight and is designed to raise awareness, generate interest and secure orders of the new hybrid product, ahead of the launch of another unit in the XBOXER range towards the end of 2019.

The priority for these specialists is performance and reliability, rather than price. They want the reassurance of knowing that when they hand over a project to the contractor, there will not be any problems further down the line.

The market is saturated with traditional, boring marketing. The XBOXER Hybrid needed to stand out in a crowd and be memorable.  A variety of supporting collateral was produced including:

The main creative centres on eye-catching hybrid animals. The first three months of the campaign featured three hybrids: a praying mantis-hyena was published in late March, a tiger-canary followed in early May, and a polar bear-duck at the end of May. Further hybrid animals are planned. The tagline ‘Not all hybrids are a good idea’ aroused curiosity and hinted at the consideration and development that had gone into Nuaire’s move into a new market. The playfully-communicated suggestion is that Nuaire’s hybrid model will be better than those currently available.