Awards case study: How a state of the nation report on the British public's toilet preferences turned Formica Group into a thought-leader 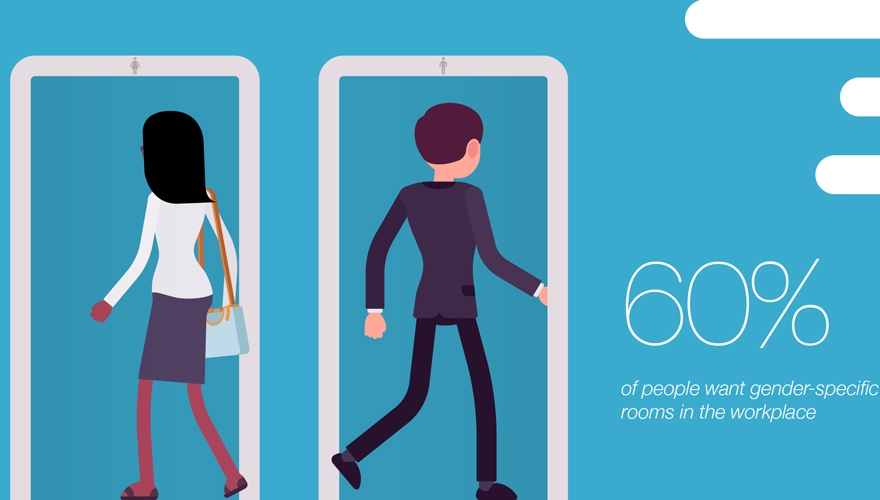 Formica Group is a laminate manufacturer and it creates ‘sheets’ that fabricators then make into toilet cubicle sides/doors etc. Its washroom communications had been very product focused. However, the internal marketing team was clear. This must change.

Launching a new sheet size, Formica Group wanted to raise awareness with its key audiences in architecture/design as well as key opinion formers in hospitality. With a solely product focus, Formica Group would not be able to move beyond its current media footprint.

The Think Tank created a PR strategy that answered this brief. It identified that washroom communications were impersonal. It knew a contextualised state-of-the-nation report would better serve Formica Group’s interests and could be used to drive news coverage. So Lifting the Lid on Washrooms was written, based on consumer research, and written in bite-sized ‘chapters’ that could be easily deconstructed and repurposed.

The heritage and brand reputation of the Formica Group of companies has been founded on quality, service and innovative product lines. It has developed an unrivalled expertise in the sector.

Formica was invented in 1912, nowadays, Formica Group’s products are used in many ways from washroom cubicle sides through to doors, table tops and kitchen worktops. The company recently launched Infiniti, which is a anti-fingerprint, anti-marking, scratch resistant and thermal healing surface.

Formica Group operates in a challenging, high volume marketplace. As a heritage brand it has to continually evolve and demonstrate its relevance to today’s consumers and design and construction audiences.

Formica Group Europe has just undergone a restructuring and repositioning programme. It's in the middle of an ongoing £40 million investment plan which has seen a renewed focus on operational efficiencies and a move to customer-centricity. In the past year its turnover is up 21%.

The campaign had both communications and broader business objectives:

The campaign needed to position Formica Group as robust thought-leaders. Activity had to provide insight and information relevant to its customers. The way that the campaign did this was through focusing on the end users – asking them what they thought of public toilets.

Any material created had to be hard working, and able to be re-purposed quickly. Creating a report, with proprietary data allowed for this and to be used for PR, sales, comms and social.

The target audiences were:

Formica Group is the world’s top laminate brand, one of the things it makes is ‘sheets’ for washroom cubicles.

Launching a new sheet size, Formica Group wanted to ensure that its key audiences of fabricators and specifiers, as well as key opinion formers in industries such as catering and food service were aware of its offer. News announcements or case studies about pub toilets are unlikely to secure space in the key hospitality trade media or the national press. With a solely product focus, Formica Group would not be able to move beyond its current media footprint.

The company wanted to position itself as a sector expert and be able to offer the washroom sector advice. Formica Group’s marketing team wanted to see creative flair and for materials to be multi-purpose.

The Think Tank created a PR strategy and a tactical plan that creatively answered this brief. It identified that washroom communications were impersonal. Beyond this no-one was asking the end-user (you and I) for their view.

The agency wanted to ask the Great British public what they thought of toilets outside their homes.

This would help create news, but if it relied on just the survey it could just be a tactical ‘flash-in-the-pan’.

The bite-sized ‘chapters’ were easily de-constructed and repurposed for a myriad of uses. Insights could be extracted for social media, op-eds and for media commentary. Beyond this the report could be given to prospects as sector expertise and the sales team would be able to use attention grabbing stats in their work.

Once the report was signed off the agency liaised with The Times to secure an in-depth exclusive on the report before releasing to the hospitality media. (Releases had been created and aimed at the different key audiences).

After the news coverage appeared opinion articles were lined up with the key architectural and vertical design media. There are opinion articles due to appear in key construction media and comment will be forthcoming in relevant scheduled features.

In May 2018 Formica Group announced plans to replicate the washroom study in additional European markets.

“Lifting the Lid on Washrooms was highly successful, not only did it raise our visibility, it also provided collateral for our sales teams and prospects. It was a sophisticated positioning exercise executed in a way that caught people’s interest. The focus on the end user allowed conversations to start. The insight meant we were able to create a state-of-thenation report while also having material to address more serious sector specific issues ranging from disability to office attitudes towards unisex toilets. The Think Tank handled a sensitive subject – going to the toilet – lightly and appropriately. We’re so pleased with it we’re going to roll-it out in other markets this year”.

This submission won the award for Best public relations campaign at the B2B Marketing Awards 2018. 'Lifting the lid on washrooms campaign' for Formica Group by The Think Tank.