Awards case study: Learn how MAN managed to gain 363,384 organic impressions with a increase in web traffic by 98% 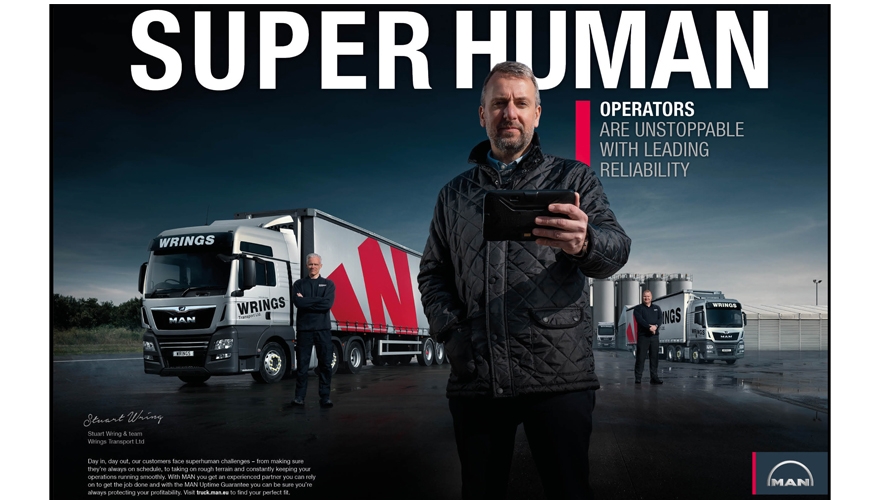 Find out how Gravity Global helped MAN win for best brand initiative for its brand development process and response during Covid-19.

MAN Truck and Bus is a leading global truck, van and bus manufacturer. Founded in 1915 and now headquartered in Munich, MAN has been leading the way in commercial vehicle innovation. It is now an integral contributor to the development of technology within the industry. Although a brand leader in Germany, MAN in the UK has a market share of 10% and is fighting for share against strong competitors like DAF, Volvo, Scania, Mercedes-Benz, Renault and IVECO.

MAN products and services are designed to make the business of moving a more rewarding experience, easier, more efficient, more reliable and sustainable.

MAN was a brand struggling to engage its audience in the UK. In 2019, it held a market share of 10%, however, its SOV was falling significantly short at just 5%. This created cause for concern as manufacturers in this industry rely heavily on brand loyalty and advocates. Drivers will often influence the buying decision of their feet managers so growing brand affinity with both of these audiences was critical.

However, MAN didn’t have a clear positioning within the market, there was a lack of clarity amongst customers and staff for what the brand stood for, and therefore a lack of resonance with its audience.

During the research, Gravity Global carried out it became clear that while its audience are incredibly proud of what they do keeping the nation moving, they also often feel under-served and unappreciated. Therefore, it was important that MAN’s creative territory recognised the effort that workers in this industry put in. It was this insight that led to the development of ‘Superhuman’.

The campaign needed to be disruptive to spark conversation and grow SOV, while being empathetic and understanding towards the audience. The Superhuman theme was also required to support the launch of a new truck announced in February 2020 but this was short-lived as the WHO announced Covid-19 had turned into a global pandemic.

The outbreak meant that the challenges Gravity Global faced changed in just a matter of days. Gravity Global was no longer just aiming to build SOV and affinity towards the brand. MAN was considering whether to stop all activity. They recommended pivoting the brand platform to support a Covid-19 response.

Truck, van drivers and fleet managers within the UK.

Gravity Global created customer testimonial-based assets with a shift in narrative switching the emphasis from selling pre-covid to one of support during the crisis.

The primary channel used was social media supported by a presence within the commercial vehicle trade press. This ensured the message was reaching a wider audience of decision makers and those who are not actively following MAN on social media. Its trade press activity quickly pivoted away from a selling narrative as the crisis broke to messages of support including open letters and messages of pride towards the industry. Gravity Global also placed messages of support for drivers while they were at work.

Gravity Global used video screens outside service stations to thank drivers for their SUPERHUMAN effort. This was a key time to communicate with drivers and oer encouragement as most service stations had closed washroom facilities and hot food restaurants, adding a further challenge to an already dicult job.

Activity was linked back to a microsite superhumaneffort.co.uk which housed the driver stories and also offered sources of key MAN and industry information for drivers and eet managers.

With sales unlikely during the crisis the success or failure of this campaign was going to be measured primarily on SOV. Having begun the year on a 5% SOV its activity increased its SOV by 140% taking MAN to a total 12% SOV. Placed into context this was the largest increase in SOV from any of the truck manufacturers. In addition to the increase in SOV its activity drove over 20,000 organic video views across social media.

“It’s been an incredibly tough start to the year for many sectors and this includes our own. Despite this, we developed a cut through brand campaign that could pivot across our changing needs including an unexpected crisis! The campaign exceeded expectations on share of voice and positive feedback from customers and staff.”

This submission won the award for 'Best brand initiative' at the B2B Marketing Awards this year.