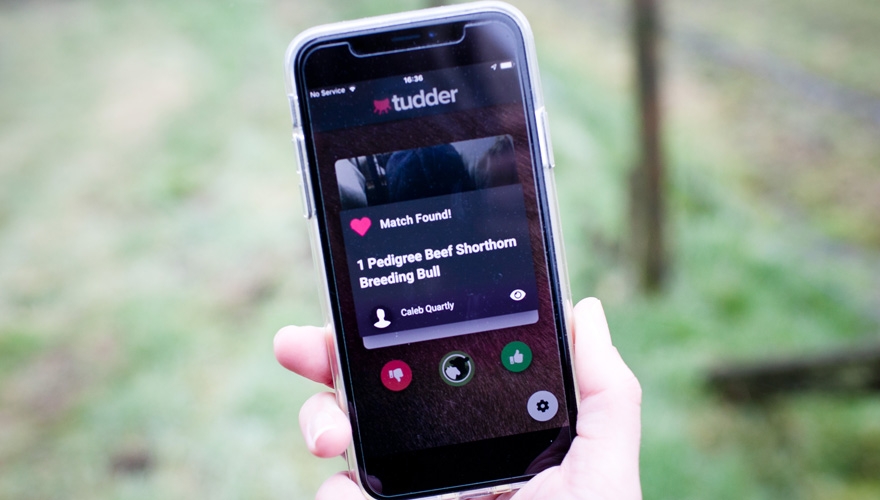 Find out how this Tinder-style livestock app garnered global media coverage with a limited budget and ultimately won out on four B2B awards, including the Grand Prix.

Hectare Agritech wanted to raise the profile of its online trading platform SellMyStock and create awareness of the potential for online livestock trading. Alongside this, Hectare wanted to help gauge whether there demand for its services in new international markets. Octopus Group launched an app: Tudder, or Tinder for cows to create a Valentine’s Day focused media campaign that was picked up by national and international mainstream media.

Octopus Group ran a tailored organic social media campaign with a promotional video, spending as little as £500 on paid (Facebook). By prioritising strategic media relations, including sending physical Valentine’s Day cards promoting Tudder to key journos, the company generated a wave of interest in both Hectare and SellMyLivestock. As a result, traffic and new subscribers skyrocketed.

Because the coverage was international, Hectare received business enquiries from farmers in new regions such as the US and Australia. In the process, Octopus Group showed the world that tech is not only advantageous, but crucial to modern farming.

Hectare Agritech is a start-up focused on transforming the way farmers buy, sell and pay for their produce. Its SellMyLivestock platform allows users to find and trade breeding animals, such as cattle and sheep, online.

Hectare wanted to encourage farmers to use data more efficiently and trade livestock online. It also wanted to show the wider public that, contrary to popular opinion, farmers use and rely on technology day-to-day.

The campaign needed to speak to farmers, both in the UK and in targeted international markets. Farmers are essentially small businesses; they’re often family-oriented and they’re frequently under a lot of pressure. Hectare wanted to communicate that farming could and should be a profitable business – online livestock trading is one way of working more efficiently.

Octopus Group, in collaboration with Hectare, developed an app called Tudder with Valentine's Day-focused PR and social campaign. The simple dating app (for cattle) worked liked Tinder, with users swiping left or right on the profiles of cows and bulls. A match resulted in a mooing sound effect. The profile then led the interested party to the SellMyLivestock platform, where they could find more information. Hectare  wanted to put ‘livestock love on the media agenda’. Additionally, tailored Valentine’s themed cards were mailed to key journalists, as well as targeted, exclusive briefings with media contacts, and a multifaceted social media campaign.

Briefings were backed up with a creative set of assets for media outlets to use in coverage, including light-hearted farm and livestock photography, app stills and a campaign video which was created on a shoestring. The Octopus Group and Hectare interviewed farmers on people’s farms, which further served to stretch the budget. The farmers addressed serious issues around agriculture, the wellbeing of their peers and technology usage.

Timescale of the campaign

A month-long programme of proactive media engagement generated awareness, direct engagement with the campaign app, and led to a dramatic increase in subscribers to the SellMyLivestock platform. The campaign garnered global attention across major public and commercial news outlets, from the BBC and The Guardian to Reuters and The New York Post. Tudder received widespread coverage on international news channels, including FOX24 News, France 24, CNN, Russia Today, Spanish broadcaster Antena 3 Noticias, and China’s TomoNews. Tudder also caught the attention of pop-culture news, particularly in the US, where it featured on James Corden’s The Late Late Show, Late Night with Seth Meyers and Conan. Away from the mainstream news ‘punathon’ that followed the launch, the story resonated with agricultural industry titles such as Beef Magazine (US), Farmers Weekly (UK) and RFD-TV (US). This meant that news of the platform and the wider messaging around the campaign reached the core farming audience, leading to a huge increase in sign-ups to SellMyLivestock.

The campaign also brought Hectare to those all-important overseas markets. Contacts were made with investors and potential partners in the UK, US, Brazil, Argentina, Australia, France and New Zealand.

“We were overwhelmed by the results of the Tudder campaign. The incredible media coverage led to an unprecedented increase in new registrations to the SellMyLivestock platform, and put us at the centre of the agritech conversation with both media and investors. ‘The campaign has also opened doors for us in strategic locations, such as the US and continental Europe, which we're continuing to explore and expand on now.”

Every year, the Giants of B2B gather to compete.

Which one of you has work of gigantic proportions worthy of being award-winning? 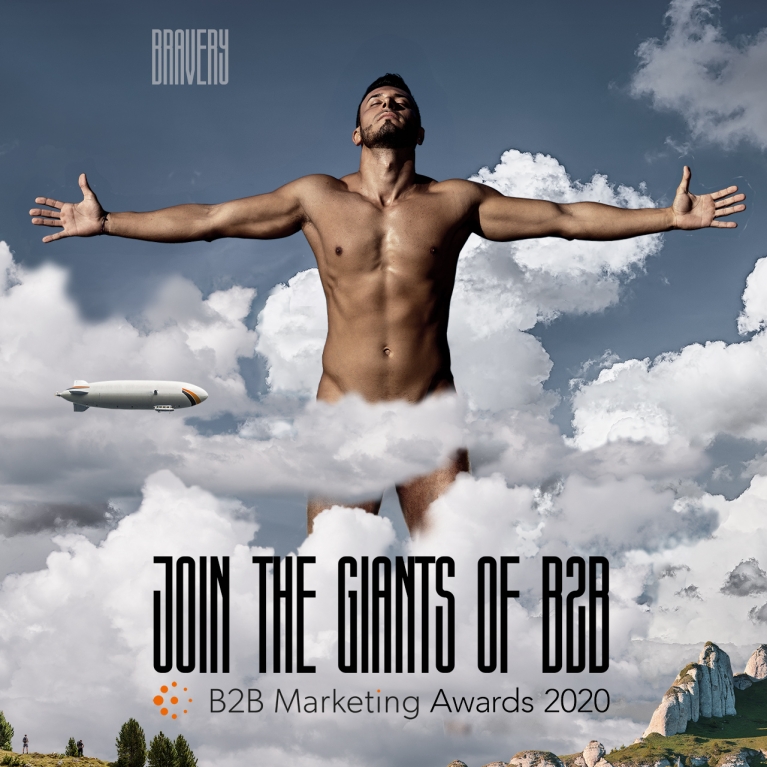