Working 9-5? The next generation of employees, entrepreneurs and start-ups no longer want to work the usual working hours, in the usual kinds of places. With the ‘Here’s to Flexible Working’ campaign, starring a team of ultra-bendy gymnasts, Powwownow sought to promote a flexible working movement.

The campaign aims to empower people to break out of the office, embrace their agility, and work whenever and wherever it suits them best.

To land the message, Powwownow used gymnasts as an eye-popping analogy for a more responsive, agile way of doing business. After all, they are experts in all things flexible. Working with award-winning photographer Gary Salter, we showed them flexing their business muscles in coffee shops, stretching their communication skills from the sofa and bossing meetings in the office.

The campaign flexed across media formats, including outdoor, taxis, radio, and animated digital display. It even stretched across Europe’s largest LED screen, the Waterloo Motion. It was the bright, detailed and eye-catching nature of the visuals that helped the campaign message to stand out from the predictable corporate competition.

The campaign was brilliantly received: daily website visits increased 14% in Jan 2016, rising by 17.2% by the end of Q1. Daily registrations rose by 20% YoY and there was a 6% increase in prompted brand awareness.

Powwownow is a conference calling company that focuses on enabling its audience to stay productive whenever and wherever they work from with its simple and easy-to-use products.

Powwownow is Europe’s fastest-growing free conference call provider and operates in 15 countries including the UK, Germany and France.

Business and businesses have changed. And so have employees.

The next crop of professionals no longer want to work nine to five, with an hour for lunch. The reality is they want to work anytime, anywhere. Whether that’s in a coffee shop or from home.

Working away from the office improves work-life balance, empowers people to work in a more agile manner, and saves time (and pollution) from a dreaded daily commute.

Through the use of Powwownow’s conference calling service, the collective aim was to help the next generation embrace the power of flexible working. And break the shackles of the desk for good.

True agility comes from harnessing the power of a phone call, of just being able to chat it out, at anytime, no matter where you are.

The brand wanted to help businesses move forward by increasing their ability to build better, more flexible relationships with employees, partners, clients and suppliers, by encouraging better communications - not just through clever communication platforms, but by simply talking to each other more.

The creative was intended to keep Powwownow top of mind when businesses are looking for the tools to embrace flexible working.

However, there was a far more difficult challenge – that of low interest. The telecommunications industry is typically a low-interest and low-engagement topic of conversation. The service isn’t something you tend to discuss with your friends over a casual pint, and that’s not distinctly a Powwownow issue, it affects the industry at large.

So it was necessary to find a creative solution that would really get people’s attention, and engage with the brand. Of course, you only really think about conference calls when you need to make one, but that’s not to say that it couldn’t be possible to create a campaign that got people talking about the brand outside of any immediate needs.

The people and the companies the brand wanted to talk to all have an agile start-up mentality. These can be businesses which are large or small, but what they have in common is they get the job done fast, through better communication - human communication.

This means better relationships with the people they collaborate with, which promotes faster decisions and action. It’s these agile businesses that succeed faster and ultimately win. Even though the brand operates in the B2B market, it’s people who use the service, so that meant talking in a B2C way.

This tone also help set Powwownow apart from the competition.

Once the creative vehicle was in place, the media strategy was one of reaching hardworking, busy Londoners who were looking for a way to make their working life more flexible.

The campaign was supple enough to extend out onto tube car panels, taxis, 48 sheets and radio. It even stretched across Europe’s largest LED screen, Waterloo Motion, where a 120m2 space was filled with a tailored live-action execution.

A flash mob fitness troupe was also sent into London one morning to show commuters how flexible their work/life balance really could be:

The above activity was supported by online display, driving call-to-actions while people were at work, prompting them to make their next meeting a conference call.

Planning for the campaign commenced in September 2015 and culminated in a campaign brief that was submitted in October 2015.

The creative development and the production of the campaign were completed in Q4 of 2015 with a launch in January in order to coincide with people returning to work post holiday.

The campaign was brilliantly received. Web traffic increased 14% in Jan 16, rising by 17.2% by the end of Q1. During the same period, registrations rose by 20% year on year and there was a 24% increase in revenue.

Brand awareness also profited with a 6% increase in prompted brand awareness. The ads were featured in The Drum as the ‘Ad of the Week’.

Simon Prince, marketing director at Powwownow, said: “The business landscape has changed from its original nine-to-five office setting and we wanted a campaign that encapsulated this, while retaining the brand's humorous approach to marketing. 'Here’s to Flexible Working' has done just that and we have been delighted with the idea, execution and delivery from Hometown London. Performance of the campaign has been strong and the resulting numbers have set new standards for our business. Brand awareness has increased to record levels and, most importantly, we can attribute direct revenue growth to the success of the campaign. The work is so different for the category, and the results prove that great creative work in the right context can truly drive the commercials of a business such as ours.”

Submit your best work and proudest achievements and receive recognition from an even wider and more valuable audience. 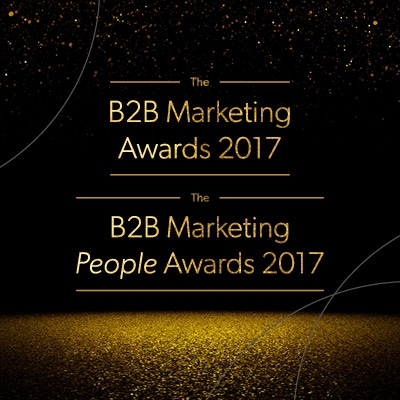