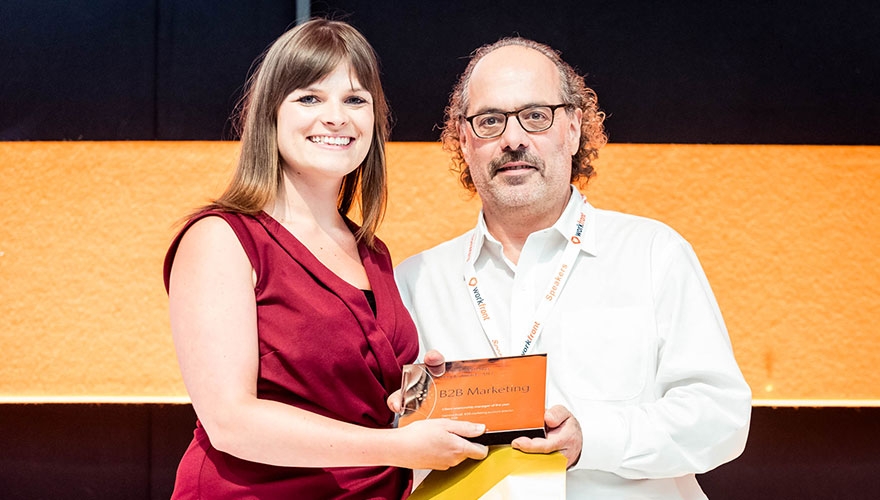 Learn how Gemma Roalf went from summer intern to account director at Really B2B, leading her own team with the best client satisfaction scores and retention rates

"I was honestly stunned when my name was called, as I was genuinely excited just to have been nominated (a cliché, I know!). It's an amazing personal achievement for me, having grown from an account executive fresh out of university, to an account director in just four years. To then be recognised by the industry is something I would never have expected to happen. I can't wait to see what's next!"
Gemma (pictured receiving her award from Tom Stein, chief client officer at Stein IAS), after her People Awards triumph at Ignite 2017.

A 100% client retention rate, top client satisfaction scores and championing internal reporting making agency-wide operational efficiencies are just some of the reasons Gemma was named client relationship manager of the year for 2017.

After working two summers’ work experience at Really B2B, Gemma was offered a role even before she graduated from university. In just four years, she's become a hugely successful and valued senior member of the client services team, generating great results for her clients and leading her own team.

Gemma has risen through the ranks since undertaking summer work placements in 2011 and 2012 while studying at the University of Lincoln. Officially joining the agency in 2013, in four short years, Gemma has become a senior member of the client services team. As an account director, she's responsible for leading her client accounts, successfully orchestrating their activity to deliver the desired results, retaining and growing her clients as well as developing and coaching her team.

Why Gemma won the award

Gemma knew she wanted a career in marketing, and while studying at university got in touch with Really B2B asking for summer work experience, a decision that both she and the agency haven’t looked back on. Very quickly, her passion and work ethic became clear, so much so that a role was offered to her before graduation.

That was four years ago, and since then Gemma has climbed the promotional ladder, starting as an account executive moving towards account manager and now account director.

Unleash your beasts, answer the call, and gather for a wild night of feasts and festivities to celebrate the world’s best B2B marketing. 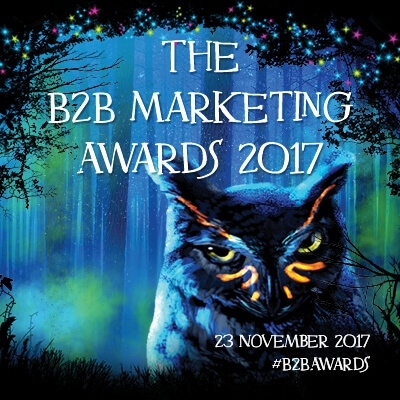 Her key achievements to date include:

More importantly, Gemma is responsible for all development and coaching of her account team. Testament to the success of the agency’s ‘bottom-up’ recruitment and staff development methodology, Gemma has first-hand experience of starting within the business with little-to-no B2B marketing exposure and she carefully guides, coaches and grows her account managers and account executives to be the best they can be.

Gemma’s team has the lowest staff attrition, they have one of the highest client satisfaction scores and the best client retention rates – 100% since she joined the agency in 2013.

Ensuring operational efficiency within the agency, in 2016 Gemma developed standardised reporting tools for the internal client team, standardising the results the agency capture to demonstrate campaign effectiveness and ROI to clients.

Gemma is a force to be reckoned with. Clients love her work, her team appreciate all she does for her and she deserves this fantastic accolade. A rare find, Gemma is set for big things in the B2B marketing agency world.

Really B2B is an award-winning full-service marketing agency. Focused on delivering measurable results for clients, the agency lives and breathes numbers – with ROI being the most important number of all. It devises campaigns that marry accountability, creativity and insight to support their clients’ brand and commercial objectives.