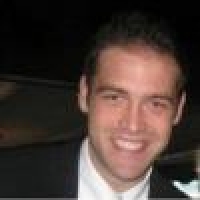 Windows 8 is a powerful new platform that is as different from Windows 7 as 7 was from XP. One of the points that Microsoft is pressing hard in the previews is Windows 8's improved functionality as a business-class operating system—so what does Windows 8 do that has them making that claim? Let's investigate.

Every evolution of Windows has improved security over the last, but Windows 8 adds a few new security features that businesses and marketing professionals will truly appreciated.

That's not the entire list of new security features—that'd take an entire article into themselves to lay out in detail. It does show the degree to which Microsoft's engineers are paying attention to customer feedback from big businesses, however: all of these changes were made at least in part due to business demands.

The modern workplace is a far cry from the locked-down cubicle farms of the 90s. Modern marketers are expected to be fully connected, able to access from anywhere—and Windows 8 fully supports that.

With the workforce increasingly needing to access data from the field, during travel time, or in critical situations from home or hotel, the advances Windows 8 is offering in that arena are key. Microsoft is betting that these features will drive significant sales, and it seems like a good bet.

Big businesses are the ultimate power users. Within businesses, marketing professionals are always seeking newer and better ways to bend their OS to their will—and Windows 8 is heeding their desires. Check out some of the powerful new tools Windows 8 brings to the table:

There are complaints about Windows 8 as well, but for the first time in a long time, the majority of those complaints are about Microsoft's business practices and decisions rather than the software itself. By almost all accounts, Windows 8 is a huge upgrade—particularly for marketers. Whether or not it takes off as well on home computers, time will have to tell.

Do you use Window 8? How are you liking it?