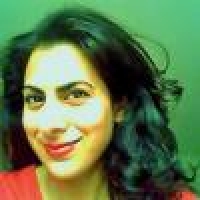 From a decade ago when social media was just a kid with Classmates, Yahoo Groups, Friendster and MySpace today it makes serious waves. There is really no way to avoid it if you are an established or aspiring brand. More and more brands are taking the plunge through the most popular channels such as Twitter, LinkedIn, YouTube, Pinterest, Facebook, YouTube and Google +.

Here's a look at how social media marketing has bridged the 'talking' gap with customers and fans over the past decade:

Naturally social media managers tot their own horn. With more jobs, more tools and knowledge gathered in this field they do so with greater insight which makes the investment in the channel appear not only attractive yet also valuable.

Emily Lewis, social media manager at major UK retailer, Argos, says instant replies in social media makes a difference to customer perceptions: "Customers appreciate a quick reply. If customers write a letter it can take time to get a response. Email can be the same, but in social media, a response can be almost immediate. Even if the team is not sure of the answer there and then, at least they can pick a query  up, acknowledge it and get back to them. Customers really appreciate an instant response and they know that you are engaging,"

While Mike DiLorenzo, NHL, social media marketing director believes the role of the channel is to expand the brand experience: “Social networks aren’t about Web sites. They’re about experiences.”

In a recent survey conducted by the Internet Advertising Bureau, RoI from social media was activated with consumers polled for the brands tested. Customers said they would lean more towards purchasing following exposure on social media.

Kristin Brewe, the IAB’s director of marketing & communications, said: “The IAB study shows that, when trying to create deeper emotional connections with consumers, social media is an essential channel for brands. This isn’t surprising since social media is the only channel where it’s possible for brands and consumers to have meaningful two-way conversations, making the strength of connections that much stronger.”

In an interview earlier this year Lisa Bregman, digital and social media manager of US Major League Soccer team, LA Galaxy, states its values with the sales and customer function: "We continue to integrated a more organic sales message into our (social) content when possible."

She added: "We rely on other marketing efforts like SEM and digital advertising to do more of the leg work to drive sales to the casual fan and utilize social for continued engagement and customer service with our current fans. We provide access to presales for some of our big international games to our social media followers and have seen our best social sales success with this method."

This week it was reported that top UK premiership club, Liverpool, ramps up its social media to tap into and reach new Asian audiences, having scaled up activity 18 months ago. Through its own research Petra Jung, UK head of mobile shopping at global e-commerce firm, eBay, predicts retail sales in the UK from social media are forecast to increase by 44 percent - to £290m by 2014 from £210 as a result of brands deals, competitions and offers on the platforms.

The call to exploit social media has been lauded by industry influencers since the mid 2000s. Take this comment from Francois Gossleaux, author of The Hyper-Social Organisation: Eclipse Your Competition By Leveraging Social Media: “Social media allows us to behave in ways that we are hardwired for in the first place - as humans. We can get frank recommendations from other humans instead of from faceless companies.”

The noted 21st century marketing guru, Seth Godin, rules in favour of brand social engagement in his book, Guerrilla Marketing for Home-Based Businesses: “How can you squander even one more day not taking advantage of the greatest shifts of our generation? How dare you settle for less when the world has made it so easy for you to be remarkable?”

Once slow to get involved in the social customer conversation, over the past year Fortune 500 companies have ramped up their social media strategies to keep abreast of the changes in customer behaviours and round out their marketing and customer service strategy.  This infographic from the University of Massachusetts Dartmouth traces big global's corporate use of social media over the past 12 month. It paints a picture of cautious, yet unequivocal uptake.

The findings would support the case that the way brands approach social media now means the software used and revenues are enfolded and reported into the wider sales, marketing and CRM strategy (see market changing moves by Microsoft Dynamics and Salesforce.com).

Grown Up, Diversifying, And Making An Impact

Over the past eight years social media has matured dramatically as a customer service and information platform. YouTube, launched in 2005, today has 1 billion unique user visitors. As from 2007 Facebook got us updating statuses and stormed ahead with the biggest IPO on tech record. Twitter has became a de facto personal and business branding strategy, not to mention a leading breaking news outlet if coverage of the Boston tragedy is considered.

And search engine giant, Google, stakes a greater claim with its Google+ strategy. Practically everyone has become Instagram and Pinterest addicts. Along the way social media has had its fair share of scandal, detractors and inopportune comments, not to mention wastelands of poorly performing campaigns as it marches a drum beat to improved brand empathy and customer service.

It's pertinent though to think back to its impact in Barak Obama’s 2008 presidential election in winning voters, and the 100  million views in six days of the video posted on YouTube by Invisible Children Inc regarding Kony in 2012. It is implicit in the the way large firms, such as Coca Cola, reinvent a strategy for customer connections through story telling, engagement, web and social media.
Organisational relationships need no longer exist in a silent or distant vacuum.

Perhaps it’s time for more brands to get involved in a real two-way conversation with their customers.