3 days, 2 conferences, 1 city: Total martech immersion with ON24 and Demandbase 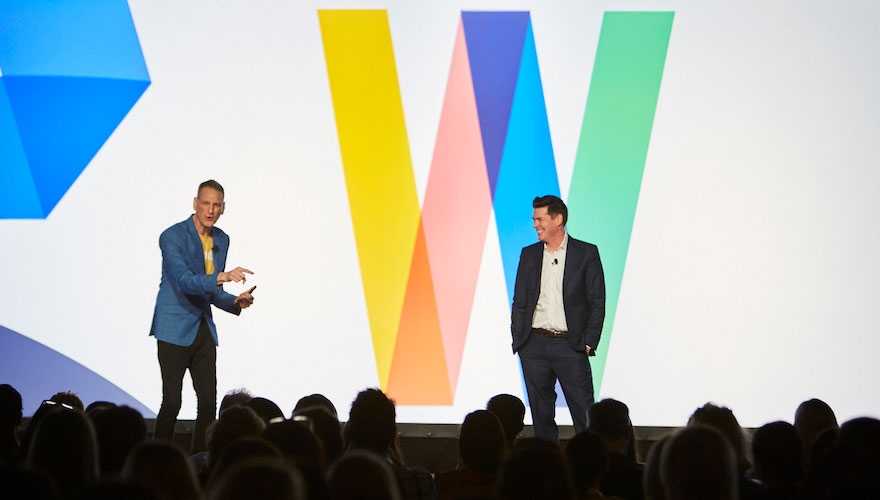 Those wise words were ringing in my ears as I attended not one but two martech user conferences over three consecutive days in San Francisco earlier this month. Both On24 and Demandbase are seeking to build their own movements – and increasingly succeeding, it would seem.

I’m now a veteran of On24’s courageous Webinar World event, having attended the first such shindig back in 2017 in San Francisco, and then at both the London offshoots. I blogged about my experience at the inaugural event, confessing my not-inconsiderable scepticism that it would be genuinely possible find enough good content to fill a two-day conference on webinars… and how happy I was to be proven so significantly wrong.

My expectations for 2019 were more of what I had seen two years ago, and in London in between. In this, I wasn’t disappointed: Webinar World 2019 San Francisco was kicked off by the dynamic duo of CMO Joe Hyland and (cult leader) Mark Bornstein, with their trademark quick-fire banter and pitch-perfect scene-setting. They were followed by a mix of high level keynotes from the likes of Matt Heinz, plus a raft of great case studies-come-testimonies from enthusiastic users in the field.

Webinar World had all this, but it also had a much more tangible sense of ambition, purpose and vision than I'd seen before. As founder Sharat Sharan set out in his afternoon keynote, On24 is making a bid to own the engagement space in B2B. He unveiled a suite of enhancements to its webinar platforms (plus a new partnership with Marketo) which has the potential to transform market perceptions from being one of many webinar vendors in a relatively commoditised tech category, to an innovative, forward-thinking and (above all) cornerstone B2B martech platform, which can shape the success of both the brands and marketers that use it. This bid is both strong and compelling.

The turbo-charged clear sense of purpose, strong culture and leadership team, overlaid on the ‘#webinerd’ ironic tagline which it has so successfully coined and cultivated everywhere and anywhere, is a heady and potent mix. On24 deserves to succeed and take its business to the next level, and I’m quite sure it will.

Flying the flag for ABM

Demandbase, meanwhile, is riding the crest of the wave of excitement around ABM which shows no sign of abating, and which defined the tone and atmosphere at its ABM Innovation Summit which took place just down the Embarcadero at Pier 27. Unlike On24, Demandbase is not having to redefine expectations or ironically address perceptions, It can be and is much more bullish.

There was a real swagger about this event. CMO Peter Isaacson and CEO Chris Golec are strong and slick stage performers, and they had the gall to make their follow up ‘act’ on the keynote stage body language expert Mark Bowden, rather than a marketer (who for my money was the separated-at-birth identical twin of Rik Mayall of TV's Bottom and The Young Ones – an anarchic, flamboyant persona with a British accent to boot). No need for industry analysts to reinforce your relevance or value here. Get the laughs in first, and the tactical breakouts can follow later.

Demandbase is the posterchild of the fast-growing ABM tech scene, and the success of its flagship event in many ways defines or is symptomatic of the success of the category as a whole. On this showing, with attendance figures claimed to be in excess of 1000, ABM-tech in rude health, and the ABM Innovation Summit looks set to follow on the likes of Marketo’s Marketing Nation event as a mainstay of B2B marketing calendar – for its clients, if not the wider market.

So, how do these events stack up when in terms of building a martech movement?

Do they have charismatic frontmen? Check.

A wildly enthusiastic audience? Check (this is America, remember. There was whooping).

After hours partying? I am reliably informed this happened at both events, although jetlag precluded me from participating.

What other ingredients do you need? Perhaps the final item on the recipe is an ecosystem of aligned and engaged tech partners. Both events had this, and I don’t think you can overstate their importance in providing validation and wider context for the host vendor. But they also served to reinforce the sense of San Francisco and the wider area as a distinct ecosystem, which is at least partly separate from the wider B2B world in the US. The vendors support and work with one another, often in the spirit of 'co-ompetion' (a mix of collaboration and competition, where appropriate) and the success of the flagbearers drives the sector collectively onwards.

I wrote this blog at the end of my trip, sitting on the plane as we waited to take off from San Francisco International Airport. I learned an awful lot from three packed days in San Francisco – not just from my time at these events, but also associated meetings and conversations with various other vendors, clients and agencies. The martech scene around the Bay Area is truly fascinating and is a phenomena of our time – vendor events such as these provide a snapshot of what it's like to work within it, and the energy (not to say the hype) driving it.

Who are the US's top B2B marketing agencies? This year's league table features a record-breaking 39 agencies, and is chock-full of analysis, commentary and interviews. 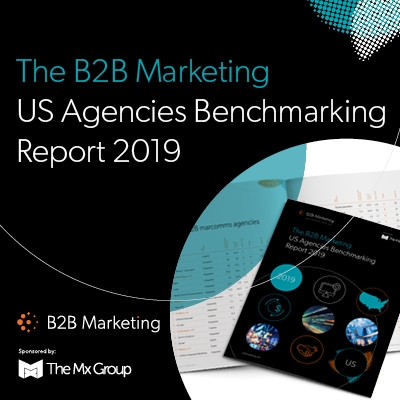