4 changes I want to see for women in the workplace 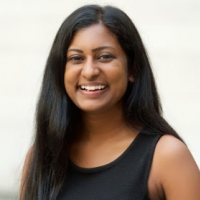 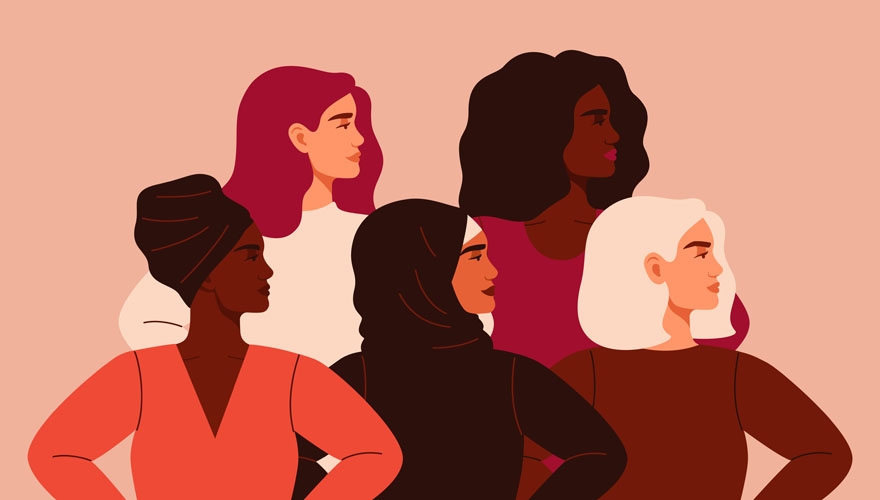 When I was in university, I was the editor-in-chief for my local newspaper and was given my own separate desk from the other writers I worked with. I can’t tell you how many times an interviewee or employee would walk in and ask one of my male colleagues if they were the one in charge.

As a female woman of colour, I always felt little frustrations like this on a daily basis, but never knew how to vocalise it. So, I just never spoke up for myself. This was back in 2016. The Women’s March had just taken place following Trump’s election as president. There was a LOT of work to do.

Now in 2021, we are making headway, but there’s still so much work to be done. And as I've gotten older, I’ve been able to find the words to express my frustrations because of the work that other powerful women have set as an example. And as we celebrate International Women’s Day (yes, it’s today), I want to share four changes I’d like to see.

1) More men being allies in the workplace:

Global agency LEWIS created a report in support of the UN’s HeForShe movement titled Women: Progressing Gender Equality. The report found that only four in 10 men are ready to tackle gender equality, despite the fact that 98% of women want men to be more involved. It’s not just up to women to support women – men should be advocating for their female colleagues regularly.

The report also found that 18% of women who witnessed gender-based discrimination did not report it in fear of possible retaliation, which is why it’s so important for men to step it up when they see any discriminatory behaviours or exclusion in the workplace. Male employees were more than twice as likely as female colleagues to say that gender inequality is no longer an issue facing women.

Being an ally means educating yourself as much as you can about the issue at hand. Blatantly saying it’s not an issue anymore without any evidence is shortsighted, and, if someone is making comments like that, they are harmful regardless of the intention.

Chris Lewis, CEO of LEWIS, said: “You don’t need to personally be a victim of discrimination to understand why we need to fight it. It’s clear that men can – and should – do more to help. Our hope is that this research will help shine a light on the challenges women face to make all of us stronger allies in the fight against inequality.”

2) More resources for women to turn to

Every Thursday afternoon, I like to check out the LinkedIn Lives hosted by The Female Lead. Past sessions included topics such as tackling unconscious bias, creating mental strength and women over apologising in the workplace.

The content is always excellent and informative but, to me, it is even better to check out the comment section because it is filled with a community of both men and women relating to one another. They have questions. How do we establish boundaries with colleagues? Who should I report any discriminatory behaviours to? My manager? HR? From what I gather from the comment section, women are still fighting for equal rights and they’re learning how to address that in the workplace.

Having more resources for women to turn to is so important for progress. Without them, we would feel disempowered to speak up for ourselves.

I want to see more content and resources about inclusivity as a regular initiative for businesses to adopt. Companies like Omobono even created a diversity and inclusion team to ask their employees what diversity initiatives they want to see.

It’s important to see these initiatives be addressed on a regular basis instead of being seen as a trend just because it's something that seems ‘timely’. That means more roundtables, reports, webinars and podcasts because the more content out there, the more conversations that can be sparked.

The more research and stats we can gather, the more we can address issues at hand with fact-based evidence.

Men are 33% more likely to interrupt a woman than when speaking to another man. In meetings, women are often subjected to mansplaining, constant interruptions and feeling underutilised.

So when people say “Oh there aren’t enough women in our sector or women in leadership positions”, it can be extremely infuriating because it’s microaggressions like these that set women back in the first place. Logz.io’s director of field marketing, Tina Morwani, who has blogged with B2B Marketing about diversity issues said something really interesting that sums all this up pretty well.

She said: “People don’t just become hidden figures. They’re marginalised into being that way because their narrative is trivialised and belittled. As we reimagine our future coming out of this pandemic, how do we want to live on this planet and as a people? There will be certain points in history that we will have to confront in order to dismantle the deeply ingrained stereotypes forged by industry predecessors.”

Microaggressions are hurtful,so if you ever find yourself speaking over another woman or making a stereotypical assumption, apologise with sincerity. When these types of comments and actions aren’t addressed, you’re normalising that type of behaviour.

One aspect of the recruitment process that needs to be changed is the idea of having a cultural fit – especially if your company is predominantly men.

There’s already unconscious bias in the interview process as people are typically more inclined to hire someone that reminds them of a younger version of themselves. Countless studies have shown that diverse teams perform better because more diverse people and backgrounds means a more diverse set of ideas, skills and perspectives.

Back in September, women led start-up, Women Who Tech, took a look at how women feel at their workplace. With only 17% of UK tech workers being female, and only 11% of women in senior leadership roles in tech, the tech industry has long been recognised for its gender diversity issues. It’s so important to examine what you mean by cultural fit if you are using that terminology in your company mission statement.

Making an inclusive environment far exceeds a cultural fit. If your company is looking for more diversity internally and with its client base, you can’t expect that to happen if you’re not making sure your existing employees and future employees at the company are comfortable and feel psychologically safe at work.

Your company is not perfect – it’s okay if you’re reading this and realising yours is doing something wrong or maybe not being as proactive as you’d like. But what’s essential is that you course-correct as a whole company.

At B2B Marketing, we know we’re not perfect, and we need to keep these things in mind as much as anyone else. If you have any ideas for content to keep this discussion at the fore of our industry, please feel free to drop us a line at: editorial@b2bmarketing.net

Want to find out more about building relationships with your community? Join our community hub and find out loads about recruitment alignment structure skills and competencies career pathways!

Check out the teams & resourcing hive! 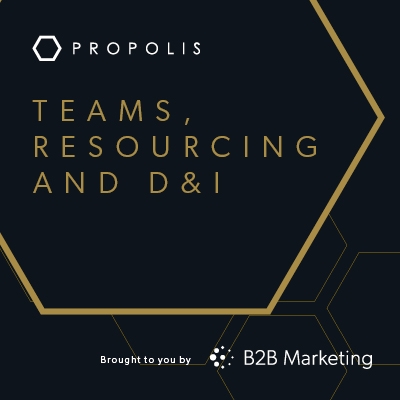