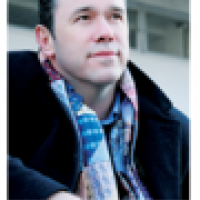 Despite all the talk, the thousands of blogs [like this one], and the endless online chatter about social media in business, the truth is that real working case studies are still not very common. And the reason is quite simply that a certain set of events need to occur simultaneously to make it happen. The planets need to be in alignment. Or – more accurately – a very specific set of people need to be in place for the whole thing to work properly.

But what are these roles? Surely you just need a few people who are willing to create the content, monitor the Twitter feed, and keep the LinkedIn discussions fresh?

Not at all. While you can’t do anything without the content creators themselves, it is more interesting to look at the rest of the cast. Having been involved in a number of social media projects at large businesses, I’ve seen a clear pattern emerge: when social media initiatives take off in a B2B context, it’s largely due to the presence of these five key roles…

The Visionary
It starts with this role. The Visionary is the one who believes enough in the new order of things to push for a change. They are not without influence, but make up in energy and wide-eyed zeal for what they lack in position within the company. They have seen the change in the market, they can see the benefits of a new approach. The Visionary is the catalyst that fires the chain reaction.

The Backer
But no visionary will achieve anything without the weight of a Backer behind them. This is all about senior management buy-in, so the Backer is usually someone of significant standing within the company who might usually be expected to rail against change. But there has been too much evidence to the contrary, there have been too many visionaries, there has been too much upheaval. All the members of the board can see the change coming but are reluctant to admit it. The Backer is simply the first to break rank.

The Planner
So the movement has started, but it is still at the idea stage. How do you go about turning a brilliant idea into something that will work in practice? The wider view needs to taken by someone who has been there before. Someone who can link the pieces of the jigsaw together and plan a coherent strategy. The Planner factors in the training needs, the research and the technical requirements. They build a realistic timetable and monitor the process from beginning to end. They understand how it’s going to work and where the likely pitfalls are. The Planner is typically a hired hand – if a company is just embarking on this kind of work, the chances of having first-hand experience of social media marketing on the payroll is slim.

The Coordinator
But then someone has to take the plan and make it happen, a task that requires the project management discipline of the Coordinator. The Coordinator is usually given the role [rather than suggesting it] and is therefore asked to work alongside external resources, such as the Planner. In fact, the Coordinator can be seen as a larger role, one handled by a Coordination Team. If we were dealing with something that everyone understood, it would be a simple task of managing deadlines. But this is new, and the Coordinator has a tough job on their hands.

The Standard Bearer
As the project starts to pick up speed, distinct identities appear amongst those who are actually getting involved in the social media activity. I mentioned at the start of this post that we would focus on the non-content producing personnel, but the Standard Bearer is more just a content creator and has a vital role to play. This is the team member who embraces the new initiative with more enthusiasm than anyone else, and transfers that energy to the rest of the team. Typically, they are keen personal users of social media, who are delighted to have the chance to use it as part of their work.

The Standard Bearer is willing and able to support other members of the team who may be either less knowledgeable about the social media tools or who are not at first comfortable with broadcasting their opinion online. Because the Standard Bearer is actually part of the team, they can motivate others in a way that external roles like the Planner simply cannot.

Once the team members start getting involved, finding their feet in social media and building a few relationships online, their role diminishes. But in the first month or two, they have a critical role to play and the Standard Bearer is not just a great helping hand, they also lead by example with the majority of the early content.

Now I am not assuming that my experience covers the whole range of personalities that emerge in every social media project. But I find it fascinating that similar kinds of people get involved each time.

And there is a huge benefit in understanding these different personalities so you can encourage the right people to be involved in the right way. After all, a good Planner might make a rotten Coordinator. A Visionary is often as likely to wind people up as he is to inspire them. And a good Standard Bearer is a vital person during the early stages, and it’s worth spending time and effort on identifying them.

Are these roles familiar to you? If you have been involved with social media projects, did you have all [or any] of these roles in your company?

And of course, if you are considering the leap into social media, now might be a good time to take a look around your department and start casting…