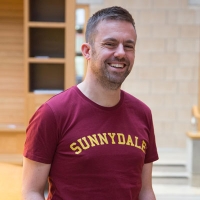 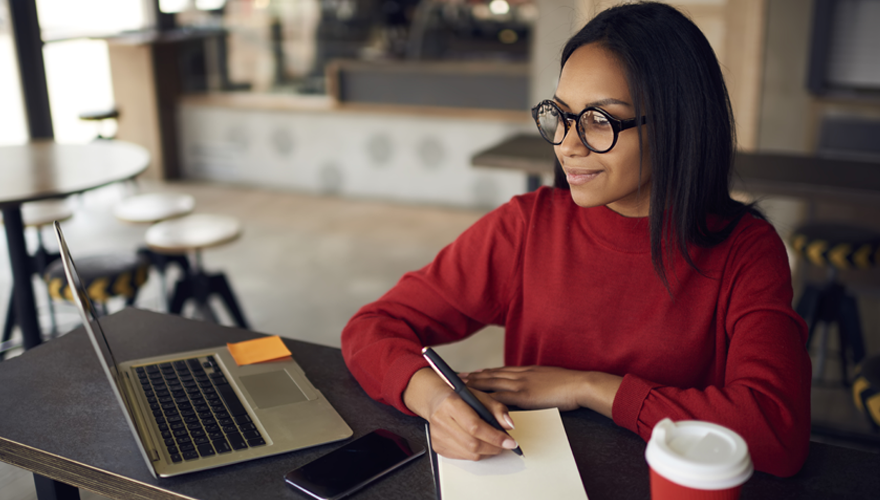 David McGuire previews his B2B Ignite session – by revealing seven B2B copywriting tips that are not in his talk.

Before we begin, let’s get one thing straight: writing engaging marketing content is never easy. And that goes double in B2B, where you have to juggle complex, technical subjects and appease stakeholders, while still somehow sounding human.

Even for an experienced B2B copywriter, it’s a tall order. (People seem to think that writing is easier when you’re a full-time professional, but nothing could be further from the truth. Imagine agonising over every comma.)

But a professional copywriter does have one big advantage – we have a whole locker of tips, tricks and cheats to help us get from a blank page to the final draft.

In my session at this year’s B2B Ignite, I’ll be sharing seven of my favourite tried-and-tested copywriting tips. Simple, practical things you can take to work and use the very same day.

I’m not going to reveal those tips here; that would hardly be fair to the delegates (if you want them, you’ll have to come to Ignite on Thursday). But don’t worry; I will share an entirely different seven copywriting tips that I considered including in my talk.

They won’t make the writing process easy, but they might make it a little less hard.

Tip 1: Set yourself a fake word limit. Reduce it for the second draft.

One of the joys of digital marketing is that there’s rarely a hard word-count limit anymore. And that’s great, but it does mean that content can sometimes become a bit bloated – whether it’s a slightly rambling document structure, or simply unnecessary extra words, phrases and synonyms which start to magically appear throughout the text to inflate and expand the sentence, like this.

Problem is, your reader’s busy (have you ever met a B2B decision maker who wasn’t?) and they want you to get to the point. Every needless word gets in their way and dilutes your message, so it’s important to know when you’re adding value, and when you’re waffling.

By contrast, when your word count is limited, you immediately consider each word, to see which are pulling their weight. And if you have to go back and edit words out, what’s left behind is usually stronger. It’s a distillation process.

So set an arbitrary word limit when you write. Then review your work, and reduce it by 10-20%. You’ll be surprised how much you don’t need. (Hint: you can almost always delete “that”.)

Tip 2: Use Ctrl-F on your proofing weak spots.

Let’s be honest: typing is hard. And proofing your own work is harder still – when you’ve already written something, your brain naturally wants to skip ahead and fill in what you should see, rather than what’s actually there.

But if you can get to know your own weaknesses, technology is your friend. Maybe you tend to type “the” as “teh”, use a hyphen instead of an en dash, or hit double spaces after a full stop. Whatever it is, use the “Find” function after you’ve finished your first draft to hunt down the issue, and fix it.

It also works well if you’re switching between UK and US English, and need to rule out errant “-ize”s or “-our”s.

In fact, if you really want to harness the power of technology when you’re checking your work, there are all kinds of proofing macros you can run in Word to give you a helping hand.

The trick of using three parallel elements to make your point is as old as rhetoric itself. There’s something magical about that combination of brevity, repetition and rhythm that makes your phrasing memorable. Three, famously, is the magic number.

But here’s the thing. Just because the rule of three (technically called “hendiatris” or “tricolon”) is a classic, and everyone knows about it, it doesn’t mean you shouldn’t use it. It’s shocking how rarely I see lists of three in B2B copy – as if people are rejecting the trick for being somehow too obvious.

It’s a classic for one reason: it works. So why not use it?

And here’s a bonus tip for you. When you’re organising your group of three, put the strongest element first, and the next strongest last. If one of the three has a little less impact, hide it in the middle. It’s called the serial position effect.

As a dad of two teenagers, I can tell you: they’re not impressed by anything. And you should be similarly sceptical when you’re reviewing your B2B content.

Specifically, look at every claim or statement and ask: “So what?”

OK, so your flugelbinder has a triple widget flangelator. So why is that a good thing, exactly – and why should the reader care about it?

Essentially, a liberal helping of “so what?” is a quick way to ensure you’re always talking about the implications of a statement, the benefits of a feature, and the advantages of a benefit.

But that’s only half the job. Because you then need to regress further still, until you’re in the mindset of a child at infant school. You know, one of those annoying ones who repeatedly ask “Why?” until you lose your temper.

If you can bear to subject your content to the same kind of interrogation, it’ll stop you including empty statements that undermine your credibility, and remind you to support each claim with evidence and logic. “Because” is a powerful word in copy, and it’s often overlooked.

This one’s delicate. It’s to be used sparingly – and only where your brand’s voice allows it – otherwise you’ll break the magic.

Brackets feel informal, almost to the point of breaking an unwritten rule. We don’t often see them in grown-up writing so, when they appear in B2B, they really stand out. As a reader, you almost ask yourself: “Are those still allowed?”

It’s a bit like when Fleabag (or Deadpool, or even Miranda if you must) looks straight down the camera and talks to you, the viewer. They’re breaking a convention we’ve come to accept – the “fourth wall” – and with that shock you’re instantly engaged.

And much like a fourth wall break, a pair of brackets lets you step outside the strict narrative of your content, and talk directly to your reader, eye to eye. It feels conspiratorial and a trifle illicit, like a whispered commentary at the back of class. And in the right context, that’s a really powerful way to communicate. Just don’t overuse it.

Tip 6: Finish on a stressed syllable.

I’m tempted to bang on about prosody and poetic metre, but really all you need to know is this: the rhythm you hear when you read happens because the stress falls on certain syllables and not others.

You might remember from school that Shakespeare used a lot of “iambic pentameter”. That’s a fancy way of saying the rhythm in each line goes “te-TUM” five times. For example, read aloud:

“But soft, what light through yonder window breaks?”

Admittedly, not a lot of B2B content gets written in blank verse these days (more’s the pity, in my view) – but any writing has a rhythm to it, and you can totally play with those concepts to make your copy feel snappy and natural to read.

For instance: if you want your document, section, or paragraph to pack a punch, put a stressed syllable at the end.

(Now try reading that last bit with the word “finish” instead of “end”. Not as good, is it?)

Tip 7: Know the end before you begin.

Often, B2B content talks about a subject, and then just stops. More often still, it leaps into a random call to action that has nothing whatsoever to do with what you were just reading about. “Thank you for reading this blog post about pandemic-related burnout, now call our sales team…”

Given that all marketing content is fundamentally created to get the reader to do something (why else are we here?) it’s bizarre how often the CTA is an afterthought – if it’s a thought at all.

But for your writing to move the reader to the next step, that step needs to feel like a natural continuation. And that requires two things: first, the action you’re suggesting needs to be sensible and realistic at this stage of their journey. And second, you need to know what the next step is before you start to write, so you can have the outcome in mind throughout.

For example, all the time I’ve been writing this post, I’ve been aware that B2B Marketing will likely use it to suggest you come and see me speak at B2B Ignite on Thursday. My session is offering copywriting tips, so I’ve written a piece that’ll appeal to people who have that interest. You’ve read a whole post on the subject, so the offer doesn’t seem unreasonable.

(I also mentioned the talk near the beginning, so the idea won’t come as a total surprise.)

So, you’ve heard the seven tips that didn’t make the cut. Want to find out the ones that did?

Kicking yourself for having missed Ignite USA? Or did you love it so much, that you want to come back for more? Ignite London takes place on 30 June to 1 July, so get your ticket now! 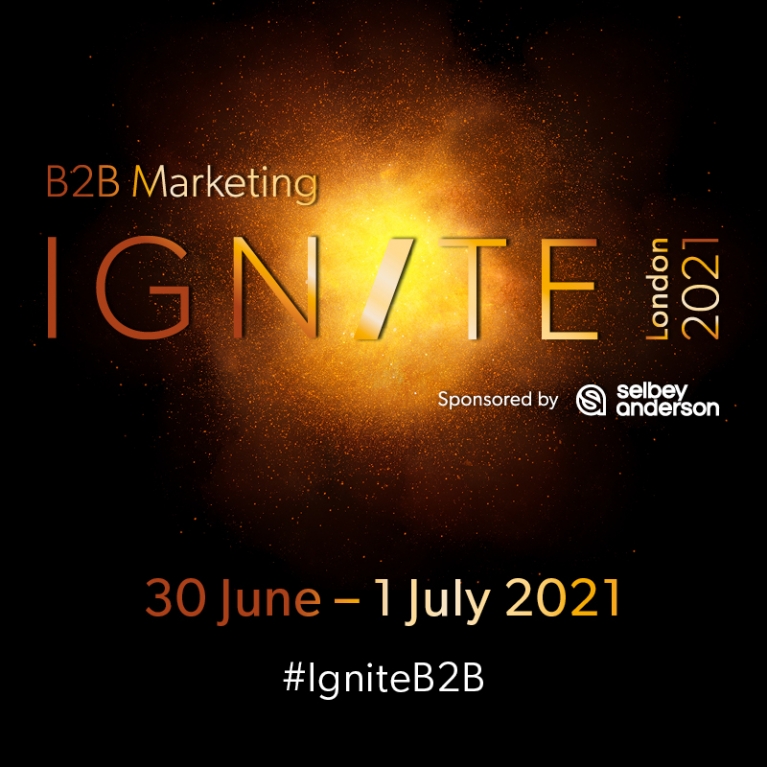