Animal advertising: 5 reasons why animals should play a larger role in B2B 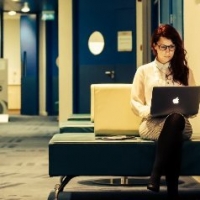 It's fair to say animals reign over B2C Adland. Whether it’s Mary the Müller cow, the recent ‘be more dog’ campaign by O2 or Cadbury’s iconic Gorilla, consumers are obsessed with all creatures great and small. However, animals remain less prominent in B2B marketing.

Here's five reasons why animals should play a larger role in B2B:

1. Break the mould
The idea B2B is boring remains. Business campaigns don’t necessarily need to be stiff or serious, but can be fun, entertaining and humorous.

Network First’s ‘Dinoverts’ campaign highlights this point perfectly. Equipped with plastic toy dinosaurs and an iPhone camera, the UK provider of managed network services aimed to break the mould with a humorous campaign to cut through a crowded marketplace.

Video was chosen as the medium most likely to create an immediate, impactful and emotional connection with the target audience, which included IT managers, CEOs and CIOs. The campaign was supported by email broadcasting, social and postcards, and featured a range of dinosaur characters. These included an aggressive ‘Mr Rex’, the CEO of the fictional company Rex Investments; ‘Simmons’, the company’s perennially anxious head of IT; and ‘Lewis’ the suave network manager.

‘Dinoverts’ illustrates how animals, even the historic kind, can cause a stir.

The success of the campaign is highlighted through an array of impressive statistics: 60 per cent of viewers watched the videos to the end and unique traffic to its website increased by 37 per cent compared to the same period the previous year.

However, animals don't have to be a centre stage in your marketing. They can play a role in your social strategy... 2. Socialise
Animals can be used across your brand's social channels to show a different side to a company. A great example of this is: The Marketing Cat: This moggy has taken on the Twitter sphere. Although apparently a sporadic social media user the account offers advice regarding ‘b2b marketing strategy and implementation.’  As a B2B marketing reader, this cat follows advertising trends, campaigns and all the latest B2B news. Although at the moment I think he, or she, may be doing what cats do best – having a nap!

I’m not suggesting creating a specific Marketing Cat account, but offering videos, pictures or even fun facts can add something different.

3. Humanise
Remember the people you’re pitching to are human and they want to see the human side to your brand. Churning out repetitive tweets, supplying boring branding and dull campaigns can deter prospects from connecting with your brand. Business marketing shouldn't be robotic, but instead should aim to spark debates and entice customers to delve deeper into your content. We've seen from B2C ads that animal advertising can do this.

After Cadbury launched its Gorilla campaign in August 2007  YouGov reported that public perception of the brand had noticeably improved in the period following the launch. By November the video had been viewed over six million times online and went on to win numerous awards and still features in countless remixes

4. Cute
You may have browsed the Grumpy Cat, the Keyboard Kitten or even a poggy pug. Internet users can’t resist a cute animal. But Network First’s ‘Dinoverts’ campaign and Müller’s Mary cow prove you don’t need something small and fluffy to create a great campaign - cows and dinosaurs are just as entertaining and much more fun!

5. Back it up
Incorporating a picture of a flying donkey into a campaign without any real reason or message – not mentioning any names – can cause confusion. Think through your creative choices and create content to back it up.

At first glance animals may seem completely irrelevant to B2B marketing. However, these five reasons why and how animals should play a bigger role in B2B.

Let me know if you agree or disagree in the comments