Are you playing with the right B2B marketing toys? 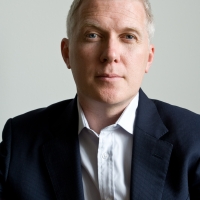 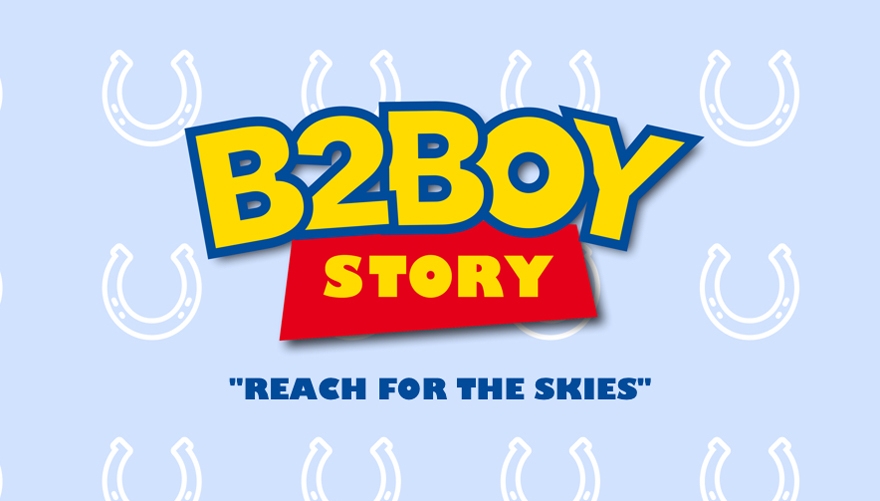 Brian Macreadie tells the story of B2Boy Story, and the crucial lesson we can learn from it.

Welcome to the latest in a series of blog posts that tenuously link topical B2B marketing issues to classic movies (e.g. see this past B2B marketing take on Bridget Jones). In this tongue-in-cheek tale I tackle the importance of both short-term and long-term thinking in B2B, while paying homage to the Pixar masterpiece Toy Story. And at the end I’ll explain why I believe long-term brand building holds a key to the success of ABM, SEO and other sales activation tactics…

Andy is a B2B marketer. And like all other up and coming B2B marketers, Andy spends much of his time embroiled in games.

Thankfully, to make the games easier to win, Andy has toys. And of all the toys he has available to him to, Andy’s oldest toy is his ever-reliable favourite... Brandy.

Brandy (whose origins date back to the Wild West, when cowboys branded their property) became truly popular as a toy in the 1960s. Brandy's special powers involve generating significant publicity, for example through mass media and merchandising, to the degree that all potential customers know and love him.

His motto – "reach for the skies" – sums up what Brandy is all about... 'Be distinctive, be ambitious and be better'.

In fact, there has never been a more tried & trusted toy than Brandy to help a B2B marketer to win a game, until now. Because now there are new toys on the block... Space-age toys. Elite, unstoppable digital toys, which promise to revolutionise B2B marketing.

And none of those toys is more coveted than Buzz Leadyear from Data Command – the answer to all of a marketer's digital needs. With ultra-efficient, laser-like precision targeting, Buzz Leadyear fearlessly conquers all lead-generation targets while flying loops around all data challenges. It feels like a birthday present when Andy finally gets hold of one.

All should have been harmonious in Andy's B2B marketing world but, distracted by 'shiny new-toy syndrome', Andy starts to play exclusively with Buzz.

Some of the other older toys – Brandy included – start to feel neglected; even forgotten. Ambitious, long-term mass media games are replaced with short-term, digital, precision-targeted games.

Conflict in the B2B toy box comes to a head and, in a fit of jealousy, the increasingly unloved Brandy falls out with Buzz. Brandy tells Buzz that he's living a fantasy – that Data Command isn't real. That data-driven, precision strategies won't help Andy to win the hearts and minds of customers.

Incensed, Buzz retorts that Brandy's a slow, out-of-date dinosaur – just like Brandy's friends, prinT-Rex and the pricing piggybank. He argues that laser-like targeting and agile approaches are the only way to win games in the modern world, and that old-fashioned toys and old-fashioned media just don't cut it anymore.

As Buzz and Brandy start to fight, B2B toys take sides – with modern, digital toys on one side, and old, analogue toys on the other. In Andy's B2B toy box, everything becomes dreadfully antagonistic, which becomes a bit of a problem when Andy starts to lose a game. Zurg Enterprises, whose B2B marketing team is led by Andy's nemesis – Scary Sid – has started to encroach into Andy's company's space.

Zurg starts to win, one sector at a time, stealing market share from Andy's company. It would appear that, without his toys playing as a combined team – without having kept his eye on both short-term and long-term games – Andy's hopes of winning the war against Zurg have become seriously diminished. With his two favoured toys not seeing eye-to-eye, Andy starts to despair.

But, just when all hope seems lost, Brandy and Buzz notice that they've let Andy down. They notice that arguing on whether new toys and tactics are better than old toys and tactics has just been a waste of energy. They realise, belatedly, that they need to put their differences aside, and start playing nicely together to save their forlorn-looking marketer.

Bit by bit, as a wonderful adventure unfolds, they learn to work together – leveraging each other’s respective strengths to overcome all barriers. To combine the best of both old-school, mass-media marketing techniques and new-school, precision-targeted digital techniques. To play as a team to overcome Scary Sid, and to halt the ceaseless expansion of the evil Zurg Enterprises.

In fact, Brandy and Buzz – with new-found, mutual respect in place – become best of friends and an invincible partnership. Most importantly, they help Andy to win this game, and then all the games that follow.

As our movie closes, we see Andy's company – successful, growing and receiving glowing critical acclaim from the media – expanding into new premises. We close-in on Andy's contented face. He knows new toys will come along, but he knows he will never again forget his cherished old toys. Because it’s Brandy and Buzz together that put the Bs in B2B.

Media headlines, industry debates and influencer advice in the past five or six years of B2B marketing have been dominated by the myriad of new digital channels and tactics available to drive modern marketing success.

We've been equipped and encouraged to embrace highly-optimised, data-driven, precision-targeted, waste-free marketing techniques. And, best of all, a ceaseless tide of new toys (ahem, I mean technologies) have emerged to help us win.

And do you know what? It would be both commercially short-sighted and inhuman for us B2B marketers to not have taken note of all the hype and advice. Digital marketing and data-driven decision-making have – and will continue to – revolutionise our profession. They will continue to create new insights and new opportunities. Period.

There’s just one small snag though. Well, less a small snag and potentially more of a ruddy-great bear trap, full of razor sharp spikes. There’s a huge risk that, among all of the digital marketing, data and martech noise, many of us B2B marketers lose a sense of balance. There's a huge risk that some of us may forget some of the ageless truths of our profession. Worse still, some modern marketers may even decry some traditional approaches as out of date or 'old school'.

But here's the thing... The vital point that may be missed amongst the noise...

Why is that? Because trust is hugely important in B2B purchase decisions – and having a strong brand is influential in building trust.

Let me use an example to explain…

And companies don’t get big or stay around for a long time without them being successful. So it’s understandable to think those companies must be pretty decent. It’s not a big leap to assume they’re probably a safe, trustworthy option (hence the most famous historic expression in B2B marketing… “nobody ever got fired for choosing IBM”). Simple awareness and familiarity of a visible brand can, subconsciously, start to build trust – particularly relative to rivals that aren’t visible and carry no such positive pre-conceptions.

So consider a B2B buyer that gets approached by both Jo Shmo Accounting and by PWC Accounting. It’s conceivable, if not likely, that the PWC approach would have a head-start – a competitive advantage – in the battle of perceptions. Because, while the buyer might ask “who on earth are these Jo Shmo guys?”, the buyer probably has a starting assumption that PWC know what they’re doing.

What’s more, it’s more likely the buyer’s boss, finance director and CEO have also heard of PWC and have positive pre-conceptions about them – thereby overcoming further barriers to purchase. You’re going to have to fight a lot harder to convince your board to hire Jo Shmo ahead of PWC. Or over IBM, GE or McKinsey. Because strong brands have some implicit trust baked in.

I share the widely held belief that having a strong brand – that is, having strong positive perceptions in the mind of buyers and influencers – cultivates an environment into which it’s easier to sell. A strong brand pre-sells your company, product or service.

For example, if you run an ABM campaign into a target customer and they’ve already heard of you and have some notion of you being decent, it means you too have a head-start. If Jo Shmo ranks number one in Google for management advice, but McKinsey ranks second, I have an inkling that McKinsey will still get the click. I believe that having a strong brand boosts the chances of success of our targeted, sales activation tactics.

Focus on the importance of brand within B2B seems to have waned in recent years in favour of focus on data-driven marketing. But brand is just a fancy way of describing what people think or feel about you – how they perceive your company, product or service. If people haven’t heard of you, don’t think about you, don’t feel anything about you and don’t have positive perceptions of you, then you have no brand. You’re starting from scratch in every single sales opportunity. On the other hand, if people have heard of you and have positive perceptions of you, then you’re in the game.

Having a strong brand is not the only way to succeed, but I’m fairly certain that having a strong brand will put you in a competitive advantage versus rivals that have a weaker brand. And that’s why I believe we should always invest in short-term sales activation and long-term brand building for our companies. The only question for marketers is what percentage of time, energy and budget should they invest in sales activation and brand building.

We should always play with Buzz Leadyear, but we should never forget Brandy – it’s just a question of what percentage of attention do we give to each in order to beat Zurg and our other rivals.