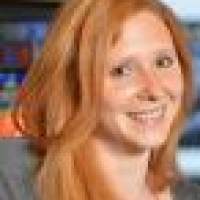 Brands with the larger budgets tend to scour event calendars looking for ways to invest in opportunities that will guarantee global reach, whether that be sponsorship, or cleverly piggybacking on the back of an event. And I’m not just talking about one way marketing here; gone are the days when a brand would spend money on a campaign and sit back while its messages were pushed out. Oh no, these days we live in an ‘always on’ social era where brands, both sponsors and non-sponsors, need to develop a strategy that is structured, flexible and allows for two way dialogue between the brand and its stakeholders. It’s because of the developments in the social landscape that sponsors have to up their game, as more sophisticated non-sponsor campaigns spring up and brands activate large-scale marketing investment without committing to sponsoring the event.

Take the recent World Cup as an example. As marketers in the digital age, we all know that public perception is what helps identify the challenges for sponsors and present the opportunities for non-sponsors. Our own World Cup campaign looked at the best ways for brands to approach the development of the PR / social strategy and we used Gorkana Social Media Pro to track a range of official sponsors and their rivals to monitor discussion surrounding the event. We also used our survey tool, Gorkana Surveys, to run a series of surveys before, during and after the World Cup, to gage perception on who was sponsoring the event, how they were promoting their sponsorship, which ways people like brands to connect with them, whether they would be more likely to buy from a sponsor and, crucially, whether they think that sponsorship of such a high-profile event is a valuable investment. Prior to the tournament, the Gorkana survey of 1,000 consumers revealed that 34% believed Nike was actually an official World Cup sponsor (it wasn’t), compared to just 33% who correctly identified Adidas. It didn’t come as much of a surprise to me, considering that Nike is the king of social reaction and manages to create meaningful buzz around sporting events, without spending a penny on official sponsorship.

But how can brands ensure they activate the opportunities of a large-scale event, regardless of whether they are a sponsor? There are two areas that should be considered:

Pre-planned strategy: looking at how the brand activates before, during and after the tournament.

Whether an official sponsor or not, there is a great deal of planning that must go into marketing campaigns. Nike led the race by setting up a ‘Nike Digital Sport’ division back in 2010, which was pivotal to the brand’s strategy to hijack the 2014 World Cup tournament and generate buzz on social media. Adidas adopted the ‘digital newsroom’ tactic having spent two years in the build up to the tournament trying to put real-time marketing firmly into its marketing mix.

Reactive strategy: looking at how the brand responds to specific events during the tournament and how it deals with external factors such as competitor activity.

PR and social media teams need to glean as much insight and evidence as possible when working on either side of the strategic field. The key to unlocking sponsorship value is in being flexible and responsive. Tools such as Gorkana Social Media Pro and Gorkana Surveys provide brands with valuable insight into what is, and is not, working in terms of sponsorship and reaction. Let’s take the infamous Suarez biting incident, which took place on 24th June. Adidas would have been able to see that in the days immediately after the Suarez incident, net page likes on Facebook reached the highest level since the beginning of the month. What would that have told them? That, quite possibly, the incident had had little to no negative impact on the brand. Nike could also have gleaned that its ‘The Last Game’ video, which featured animated avatars of a number of World Cup stars, was one of the most popular pieces of content to be seeded after seeing a huge spike in engagement on 9th June.

The lesson here is that there is only so much you can prepare for, and the key to unlocking sponsorship value is simple: plan, be flexible and most importantly, prepare to be responsive.

By Sarah Kemp, PR and social engagement manager at Gorkana