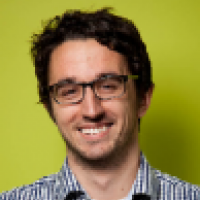 In today's economy, companies often choose to work entirely on their own, but true innovation typically requires a strategic collaboration, with resources being pooled together, and mutual assets being utilized to the fullest. Once a diverse network of B2B relationships is established, the impossible suddenly starts to seem realistic for even the smallest of companies.

The best company alliances are those in which both brands benefit from the relationship. Whether it's exposure, filling a production void, or the promise of consistent revenue, each company must have something unique to offer. For an example of how the right combination of alliances can help a business reach greatness, simply consider the tremendous success of Starbucks.

In 1993, the company partnered with Barnes & Noble, cementing a deal that would prove extremely lucrative for both franchises. A few years later, another mutually beneficial relationship with Pepsi was formed that allowed Frappuccinos to be mass marketed. Riding this wave of success, Starbucks then partnered with Kraft, placing its famous coffee on supermarket shelves across the United States.

This is a perfect example of how strategic relationships can lead to immense success for both companies. But, you don't have to be Starbucks-sized to reap the rewards of a B2B relationship. Sometimes, simply spreading the word about another company is enough to benefit everyone involved.

Leveraging influence is a great way to capitalize on B2B relationships. For example, take a close look at how Amazon chooses to showcase its clients.

Aside from containing an impressive client portfolio, the page also features case studies that highlight individual client relationships. This accomplishes two things. First, it allows Amazon to demonstrate the usefulness of its service to small businesses. Secondly, Amazon's clients gain exposure and credibility from being featured as a success story.

Sometimes, just enthusiastically announcing a new partnership is enough to generate mutually beneficial buzz.  For example, Bigstock began using Google Drive and blogged about it. Considering a vast majority of Bigstock customers are creative professionals, Google Drive gains from being exposed to a valuable demographic, and Bigstock adds convenience to consumers while simultaneously associating itself with one of the most influential companies in the world.

In both of these situations, tremendous rewards are gained in an extremely cost-efficient manner. Writing a blog post and tweeting about an allied business costs very little, but the camaraderie that emerges from it can prove invaluable.

The majority of corporations were once startups with little more than a dream and raw ambition. Keeping this in mind, it should surprise no one that many big businesses intentionally rely on smaller companies for a wide range of services. In fact, a case study conducted by Business Roundtable found that American multinational corporations generate over a trillion dollars in revenue for SMBs annually. Although corporate America is typically vilified and accused of maliciously hindering the growth of small businesses, it seems quite often they actually nourish them through lucrative B2B relationships.

Still, the current economic climate makes it more difficult than ever for entrepreneurs to reach their full potential. Of the 400,000 businesses that start each year in the United States, one fifth will fail to survive the first 12 months. The startups that do survive are typically excellent at networking. By forging alliances with like-minded organizations, their message resonates with consumers who have faith in the recommendations of brands they trust. Alone, startups face an uphill battle. Together, however, the odds are evened considerably.

Successful businesses all share an insatiable desire to innovate. Sometimes, this entrepreneurial spirit is even capable of uniting bitter rivals. A prime example of this is the strange alliance between Ford and Toyota. Spawning from a chance encounter in an airport, the two CEOs struck up a conversation and soon realized the benefits of jointly developing a new hybrid system.

If two competing auto manufacturers can put aside their differences and work together towards a mutual goal, the failure of any business to actively seek the assistance of allies is inexcusable. Always remember, companies both large and small are at the mercy of the same turbulent economy. In the end, longevity is found by those that possess the ability to play well with others.