Does Marketo’s new platform signal the end of an era for B2B martech? 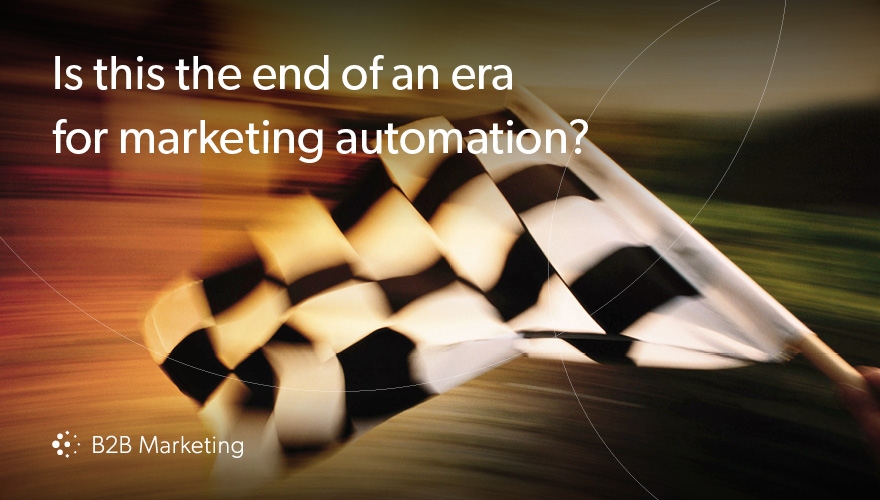 Are we entering the post-marketing automation age? That’s the question that I’m left with having spent a week in the San Francisco Bay area, where I met various tech vendors and protagonists.

The sub-text of the entire trip seemed to be the inexorable and ongoing rise of Account Based Marketing. It was scattered liberally throughout the agenda at On24’s Webinar World conference (attendance it which was the instigator of my trip), through my meeting with Chandar Pattabiram, CMO at Marketo, and very much at the forefront of my meeting with Jon Miller, founder of ABM flag-waver Engagio.

Marketing automation, and related disciplines like demand generation, has arguably been the theme which has defined B2B marketing ever since the credit crunch – if not some time before as well. Its gradual evolution from a faddy extension of email marketing, latterly bolting on social, has been fascinating to watch, to the extent that in 2017 it’s part of the furniture.

But sometimes we burn our furniture! Or at least, take it to the second hand store. It’s been interesting to note the rumblings of discontent around the concept of Modern Marketing – a term which was coined around the same time, and propagated by the automation vendors as a means of signalling a sea change in thinking and acting for B2B companies – with the suggestion that we may have entered the 'post-modern' marketing era.

Be that as it may, there is increasing evidence that the glory days of marketing automation, may be behind it. Perhaps the most striking is Marketo’s new completely re-architected platform, which launched earlier this month. The press release for this much-vaunted platform lists a number of virtues, prominent amongst which being it’s ability to enable account-based marketing.

And that’s critical. ABM has stolen marketing automation’s clothes as the pinnacle of effectiveness in the B2B world (plus considered purchased B2C, if you must). Why? Because widespread penetration of automation technology and processes have removed the advantage from those brands using it - in certain sectors at least.

At no point during our meeting does Pattabiram suggest that marketing automation is on its way out – actually quite the opposite. His perspective is that having the ability to do the dynamic, low-level personalisation-at-scale that MA platforms offer will remain valuable to many organisations, and in many situations. But he says having the ability to use the same platform to enable a much higher degree of personalisation to smaller number of customers on an account basis is fantastic to have alongside it. It’s the marketing equivalent of having a balanced stock investment portfolio, he says – you don’t want to bet all your money on one thing. This is a sound argument, which is difficult to disagree with.

For his part, Miller agrees that there will certainly continue to be a role for the kind of high volume marketing enabled by MA platforms, but unsurprisingly (given that he has founded one of the leading vendors in this emerging space) is prepared to stick his neck out that there is greater potential for the future in ABM.

Marketo certainly hasn’t stopped using the term ‘marketing automation’ and Oracle continues to offer the Eloqua product as part of its marketing cloud offering (as do IBM and Salesforce with the former Silverpop and Pardot products respectively). And there’s still Act-On. But it feels like the wind is only blowing one direction.

It will be interesting to see how long it takes the marketing cloud vendors to incorporate meaningful ABM product or functionality into their offerings. Arguably that, more than anything else, will signify that its time has truly come.