Evaluating the Effectiveness of B2B Telemarketing: Does it still work? 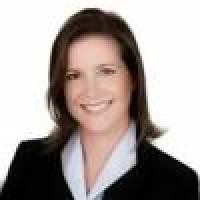 The marketing landscape is slowly transitioning into a purely web-based platform, despite the resistance of traditional marketers. The first ones that are likely to go are those which thrive on orthodox methods such as talking on the phone – in this case,telemarketing.

Does it still work?

To answer that, let us first take a look at the current situation:

So what about telemarketing?

If telemarketing is indeed dead, the culprit would be the rise of inbound marketing. A lot of businesses have invested a huge chunk of their budget in inbound marketing tactics, and they have a reason to do so.

Inbound marketing has been proven to be highly effective, especially for businesses with high-end B2B products. The research and buying process of B2B buyers have shifted in recent years which caused marketers to use “pulling” strategies instead of “pushing”.

Telemarketing is still worth it

The rise and effectiveness of other marketing channels do not necessarily mean that telemarketing should no longer be an option. Here’s why: