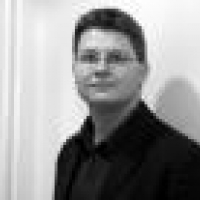 By: Neil Taylor
creative director at The Writer
The Writer

I am being driven slowly mad by the word ‘expect’.

I hate the way lively, engaging people become timid and unimaginative in the face of what clients ‘expect’.  I deplore that great ideas are castrated and homogenised to fit what the market ‘expects’. It makes me sad to see whole businesses stop taking risks because of the fear of what senior people ‘expect’.

Hi, I’m Neil by the way. I work at The Writer, where we help businesses think about the language they use. Nice to meet you.

But when I suggested they try it another way, they were terrified of writing something that wasn’t what their clients ‘expected’. Damn. That again.

There are two problems with this excuse. First, do we really know what our clients expect? We rarely ask them, especially when it comes to writing. And even if our clients really do expect the usual corporate blah from big businesses, it doesn’t mean it’s what they want. I expect the Northern Line to be full to bursting at 8.45 of a Monday morning with someone’s umbrella poking into the small of my back, but it’s not what I’d like. I expect the Royal Wedding to be an over-hyped waste of taxpayers’ hard-earned cash, but wouldn’t it be great if I were wrong? If we enslave ourselves to what we think our customers expect, we never give ourselves the chance to pleasantly surprise them.

Second is the very notion of ‘clients’ or ‘business customers’. They’re not clients, they’re people, like you and me. And even though I live in Kennington and have a mild obsession with Doctor Who, and you live on the outskirts of York and teach aikido to ten-year-olds at the weekend (don’t you?), we’re pretty similar. In workshops, we ask people to bring along bits of B2B marketing they admire. And we always get the same pattern. They’re conversational, or funny, or opinionated, or tell great stories. And there’s a pattern to the bad stuff, too. People bring things that are too corporate, too anonymous, too salesy, too predictable. No-one has yet brought along a bit of writing and said, ‘this was OK, but I wish they’d made it longer, and taken the jokes out.’

Yet this terrified reticence is not a mistake anyone ever makes with the visual side of their brand. ‘Can we make that picture a bit duller?’ ‘Could you try to make our logo blend into the background a bit more?’ But when it comes to language, too many of us are hamstrung by a fear of standing out. And that’s the opposite of a brand.

Instead we write things the way they’ve always been written. We keep to the same three chords of the status quo. And our companies get left for dead by younger, smarter, braver  businesses who aren’t afraid to set the cat among the pigeons, or start a sentence with but. Is that the sound of your English teacher turning in her grave? Good. Maybe we’ve finally got someone’s attention.

Neil Taylor is creative director of The Writer (thewriter.com), the country’s largest language consultancy. Read his book Brilliant Business Writing, or watch him talk about Rethinking Language at the Economist’s Big Rethink summit.