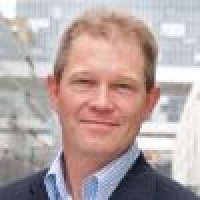 It has been named the G-Cloud, presumably G for “Government”, though I guess it could stand for “Grand” or “Génial”, since it is big and quite possibly brilliant. It will provide citizens with the ability to access government information easily and securely and be on-line by March. Read about it here. I assume that this is currently a tier one application, so it’s transference to the cloud is significant. We hear a lot about application leakage to the cloud and there are a plethora of examples of companies taking their messaging systems or other tier two type apps and putting them in the cloud, both private and public. There are not quite so many examples of tier one apps like SAP and Oracle being moved into the cloud, though it is a trend that is gaining a lot of momentum.

So the G-Cloud is a good example of how the compute models are changing the world over. The so called “consumerization of IT” is in the driver’s seat. Anyone familiar with paying for on-line backup or putting their songs in the Apple iCloud wants to know why this can’t be a model for IT resources in business. Well it is and the Service Providers together with their compute, network, storage and software partners are leading the charge. Accenture is working with Cisco, NetApp and VMware on this project and this powerful combination of partners brings the “best of breed” approach to the max.

It is also worth noting that this is a trend where perhaps public sector is leading rather than following for once (which has been the case for the last fifty years or more) We know that the US government last year mandated all departments to think “cloud first” for their IT systems, a move which raised some eyebrows amongst analysts but signalled the coming of age for cloud computing models. The UK government is also getting in on the act and its creatively named G-Cloud framework is moving from plan to reality this year. In fact over 500 companies have submitted proposals to be part of it – so you if you wanted evidence that the cloud is more than just hype, that should do it.