Has the ECJ really weighed up the consequences of its ‘right to be forgotten’ ruling? 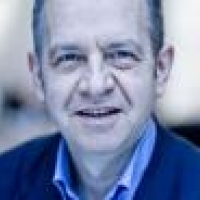 When the concept of the internet was created 45 years ago, it was founded on an open, democratic and decentralised platform. And, since its creation a quarter of a century ago, The World Wide Web has transformed the world as we know it, opening up commercial, social and educational opportunities for the global population.  But today’s internet goes further than this. Not only does it allow people to share knowledge and information; it also fundamentally underpins the right to humanity’s freedom of speech.

That right has been the basis on which dictatorial regimes have been overturned and more democratic processes have been introduced and upheld. However, somewhat counter-intuitively to the internet’s founding purpose, the European Court of Justice (ECJ) has ruled that Google must amend search results that could be deemed damaging or irrelevant at the request of ordinary people. If this becomes standard practice, are we not running the risk of re-writing history as we know it?

Let’s first consider the intention and context behind the ruling. In reaction, the UK's data privacy watchdog, The Information Commissioner's Office, said that it would focus on "evidence of damage and distress to individuals" when reviewing complaints about Google’s search results. Undoubtedly, the intention of the ECJ, to protect the privacy of citizens, cannot be criticised. After all, against a backdrop of scandals around spying via the internet and the revelations flying around regarding NSA and GCHQ, many could be forgiven for not seeing the downsides of this momentous ruling. On the surface, the ECJ is simply protecting and upholding the rights of the general population. But whilst the intention may be clear and pure, the consequences of such a ruling go beyond good intentions.

So has the ECJ really fully thought through all the repercussions? Somehow, we doubt it. The Internet should be open and free and the simple truth is you cannot negotiate with the greatest advancement in the cause of free speech. The internet has already changed the way society works and has transformed the very definition of what privacy is. Neither legislators, governments, nor the internet giants can go back to the past when information was in the hands of the few.

Court rulings don't have to reflect the morals of the day, but they should protect the interests of real people. We need to be very careful that the right to be forgotten doesn’t lead to the right to re-write history. There are numerous contemporary and literary examples of the kind of society it would bring about. What could be next? Wealthy people using expensive lawyers to make sure certain aspects of their past go unnoticed? Foreign media criticism being taken out because it bothers influential politicians? Or even CEOs or government officials using this ruling to wipe their past deeds under the carpet?

There is a very thin line between the right to be forgotten and straightforward censorship. In the face of this ruling, it would be wise to remember that good intentions, when not fully thought through, can be irreparably damaging.