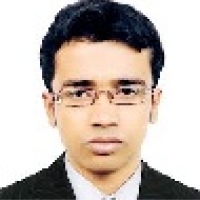 Appointment setting companies sprang, in part, from call centers. Before call centers came switchboard centers, a system that dates back to 1870. It was during 1870 that the first telephones were used more en masse. To keep up with customer demands, government agency and business leaders started using switchboard telephone operators.

In small towns, telephone operators had switchboards in their private homes. Early switchboard operator companies included the New England Telephone and Telegraph Company. Years later, the Bell System would service businesses and other organizations, answering thousands of calls a day.

According to Call Centre Helper, call centers gained in popularity during the 1970s. Back then, calls originated from an automatic call distributor, a service developed by Rockwell Galaxy. The service was initially developed so airlines could schedule and track flight appointments called in by customers. Prior to this call centers were used to handle the overflow experienced by traditional telephone companies.

Today appointment setting companies such as Intelliverse work for businesses to schedule customer meetings. However, instead of receiving and transferring telephone calls to and from private individuals, the firms work with sales teams to call current and prospective customers. Types of calls appointment setting companies help schedule include calls requesting charitable donations andsales calls. Additionally, the systems record the results of sales calls, including whether or not calls went through, were dropped or if voice mail messages were left.

Firms use the services to outsource the sales contact process. They also use the services to remove the burden of prospecting new clients from sales teams. After qualified appointments are made, the scheduling software sends the information to contacts at the firms they service.

In addition, technology allows scheduling firms to provide cloud based telecommunications services to their customers. Cloud based services keep customers, small and large business owners, from having to carry the technology that hosts the appointment setting services on their servers. This saves firms money and technological bandwidth.

Unlike early switchboards and call center tools, there's no need for sales professionals to dial one telephone number after another in order to reach dozens of prospective customers. This, in turn, increases the numbers of successful sales calls companies make. However, it's the systems' tracking tools that help business owners gain a clear picture of what their sales forces' efforts are producing. As with early telephone answering systems, to get the most out of the tools, entrepreneurs may need to use the services for several months before they see a lasting increase in customer sales.