How to authentically represent Pride in B2B

July 9, 2021
Login to rate this article
0
No votes yet
By: Matt Harper
CEO
The Marketing Practice 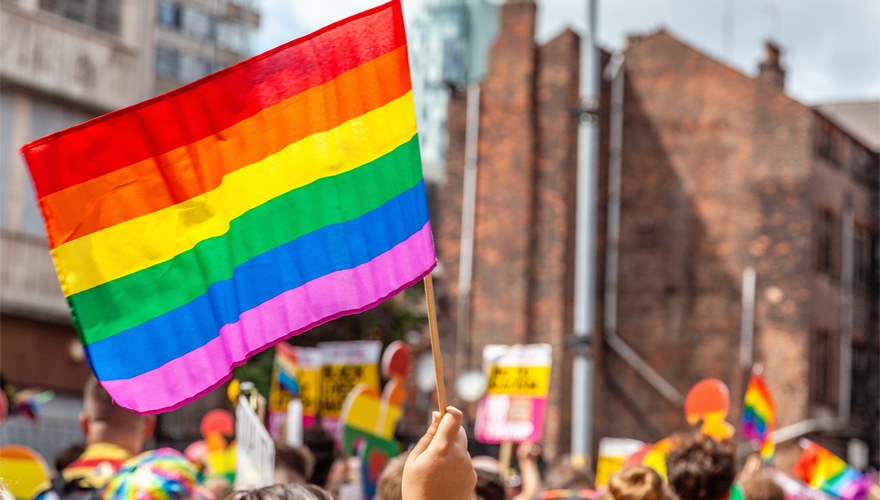 There’s an inherent culture clash between the corporate world of B2B, and what Pride means to me.

I experience that first-hand. As the CEO of a marketing services business, there’s an expectation about how I should be, act, look. I should have more grey hair, be less softly spoken, and if I had a pound for every time I’ve been asked what my wife does… (I don’t have a wife, but I do have a male partner).

Some sectors and businesses are doing a fantastic job of changing that. Many B2B tech businesses have put time and money into it. IBM was named the most gay-friendly company in the world. Eight out of the nine LGBTQ+ ambassadors in the Workplace Pride Benchmark Report are B2B brands.

The difference between what they’re doing, and the actions of brands failing in that regard, is they’re focused within their business, not without.

I recently co-hosted an online event with Robyn Pierce from The Croc, all about LGBTQ representation in advertising. Robyn had the brilliant idea to play a game called ‘Gay or Nay’. We had a special guest – comedian Catherine Bohart – and the three of us assessed whether brands’ efforts to represent Pride were ‘Gay or Nay’ (e.g. M&S’ now infamous LGBT sandwich).

All the examples we looked at were focused on branding. Making a statement with a catchy concept or a smart headline.

That might’ve been OK five or more years ago, when just doing something was praise-worthy. But now there are so many examples of businesses doing something meaningful, it isn’t enough.

Here are three things you can do to authentically represent Pride by focusing within your business:

Gender and sexual identity can be a minefield for many people unsure how to communicate around the topics. There are great businesses out there like The Queer Box that educate businesses and their leaders on language and the realities of being LGBTQ. Investing in that kind of education can help to break down the barriers that stop the topics being openly discussed as a part of your culture.

Actions are more important than words – but words are still useful. Our CPO and I talk about DEI almost every day in ordinary business conversations with our broader teams, because I feel it’s so important for the business we’re striving to be. It normalises the conversation – DEI, or Pride in this instance, stops being a moment in time or a 'special project.' It becomes a part of the strategy.

Be a better marketer

Pride – or any DEI initiative – will stick if you relate it to your core purpose and vision. As marketers, we fundamentally have to understand and be able to communicate with people that aren’t the same as us. So DEI is existentially important for us. We should be constantly working to broaden the experiences of our teams, and exposing them to different thinking and cultures. There’s plenty of press about how Diversity makes you a more profitable business – but it also makes you a better marketer.

I’d welcome more thoughts and ideas to add into the mix. The online event mentioned above has now become a schedule of events, known as the ‘IN’ series, run collaboratively by a number of B2B agencies joining forces, and we’d welcome new partners. Kudos to current partners TMP, The Croc, Octopus Group and Transmission.