How Can Social Media be used as a Marketing Tool? 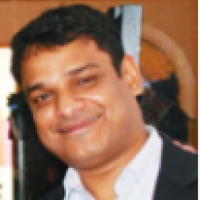 The explosive growth of social media in the last few years has been well documented, and for many, a life without Twitter and Facebook is inconceivable. It’s hard to believe that social media as we know it has only been around for little longer than a decade and it has already fundamentally changed the ways people communicate and interact with each other. This is not only true for conversations with friends and family, but also, increasingly, for companies looking to discover the value that social media can add to their marketing operations.

For many businesses, using social media to market their brand has been a challenge. In recent years, the public has not only grown savvy to established marketing techniques employed by companies, but has also almost become immune to these tactics. Ads, leaflets, direct mail and email just don’t have the same impact as they used to have. With this awareness increasing amongst target audiences, companies have to come up with new ways to make an impression and differentiate themselves from the competition.

One thing’s for sure: by using social media, brands have the chance to create a strong media presence by interacting with customers online. Social tools can also help to strengthen brand perception by communicating core values to a wider audience. This, in turn, opens up the opportunity to start conversations, grow business partnerships and expand the online community to win new followers and potential customers.

To do that however, it is key not to fall in the same trap as with traditional marketing tactics – repeating the same old strategies over and over again. Businesses need to harness the possibilties online platforms have to offer and present the audience with fresh and original ideas. It is important to consider that, after several years of social media, people have grown accostumed to the new media.

Today, one of the most characteristic traits of both social media, and its users, is its fast-moving nature. Organisations today know that is no longer enough to tweet every so often or update their Facebook page with their latest press release. The audience consistently craves news and innovation.

What’s clear is that as part of the ongoing quest to stand out from the competition, companies must listen and learn from their audience and have to map their findings against what else is going on in the social media sphere. They have to go above and beyond what already been there and translate their corporate objectives into exiciting and original social media activities.

For example, at HCL we’ve recently used as an online recruitment tool, not only to uncover new talent, but also to build brand awareness. Another campaign saw the launch of a LinkedIn application aimed at encouraging users to go above and beyond the scope of existing contracts. The application allows users to log in and acknowledge professional relationships that they feel have gone ‘the extra mile’ by adding a personal note of appreciation.

This shows the direct impact social media tools can have on modern businesses and is a creative way of demonstrating digital savviness and innovativenes to a large audience. It also shows how thought leadership on social media can take B2B engagements to the next level and help forming meaningful business relationships via social media.

Actively using social media is one of the easiest ways to reach a large audience and get the company or brand name in the heads of exisiting or potential customers. Not only does an already established network help to create new contacts, it will also help to deepen connections that have been formed. Even though this sounds very familiar to traditional marketing techniques, social media has given them a new twist. Companies that fail to adopt to a new more connected and interactive market, will inevitably fall behind.