How to Evaluate and Utilize Digital Out-of-Home Billboards 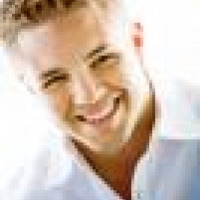 From the lighting of the first electric sign in Times Square circa 1882 to the first official TV commercial in 1941 and the online advertising boom of the millennium, the world of advertising has advanced dramatically. Because the industry is still in the formative stages of its digital development, evolutions in medium happen more and more rapidly.

In the case of out-of-home advertising, billboards are no longer limited to the sun-faded vinyl relics on the side of the highway screaming bottom-basement motel rates and fireworks superstores at the next exit. With digital out-of-home (DOOH) billboards, this old dog of advertising has gotten a major upgrade.

The demand for eye-catching, timely, and relevant advertising is at an all-time high, and DOOH billboards cater to the need for vibrant, real-time ads. DOOH billboards are colorful LED displays that allow advertisers to change content easily and in a cost-effective way.

These billboards are hitting the sweet spot of advertising’s digital evolution — the DOOH industry exploded from 2007 through 2010, with the number of DOOH billboards increasing from 1,800 to 4,000 nationwide. According to Magna Global’s Advertising Forecast 2013, the DOOH industry is still growing and is expected to increase by 3.4 percent in 2013.

As TV, radio, and print ads become less effective, a reliance on traditional media will no longer suffice. Though TV is the most competitive among the three, TV advertisements are dispersed over a large number of networks and have to battle fast-forwarding technologies like DVR and TiVo. When looking at advertising trends over the last five years, the top three growth categories for advertising spending have been (in order) online, TV, and DOOH.

As companies decide where to invest advertising dollars, DOOH billboards are the clear winner over traditional billboards. There is truly no other medium (other than search and online advertising) that allows advertisers to push out new, creative ads faster than DOOH billboards.

Before digital billboards, the process of selecting static locations, designing the billboards, printing the designs onto vinyl, and installing the billboards could take months. With DOOH advertising, companies can change and update content within hours.

This flexibility and immediacy does not translate to an outrageous media spend; compared to most media, DOOH billboards are fairly inexpensive. On average, TV ads cost more than $10 per thousand (CPM). Depending on the publication, print advertisements can cost upwards of $60 CPM or more. DOOH billboards cost less than $1.50 CPM.

The Future of Digital Out-of-Home Advertising

Most brands and billboard companies using DOOH advertising today only tap into 5 percent of its capabilities. The future of DOOH advertising is increasingly dynamic and driven by real-time potential.

Some brands have begun producing more powerful, real-time DOOH advertisements with tactics such as tying current weather temperatures into special offers, broadcasting live game scores, advertising songs that radio stations are playing, advertising the number of homes per sale in the surrounding area, or by displaying the average speed on the highway.

But these tactics are merely scratching the surface of DOOH billboard potential. DOOH advertising combines the vivid display characteristics of TV advertising with the flexibility of online advertising. Because of this, DOOH billboards open the door for brands to broadcast timely and relevant information in an animated, visually appealing format unlike any other.

In the DOOH realm, content is king. As brands produce relevant content for consumers, the brand’s audiences will be more engaged with the brand, increasing brand equity and potential business and/or sales.

An example of a unique use of DOOH advertising is incorporating a brand’s social media activity. A local utility or national brand like Pepsi could encourage consumers to upload photos to the brand’s Facebook page, where they would be uploaded to a server connected to the DOOH billboard that displays the photos in real time. This engages consumers by giving them a chance to interact with the medium and the brand.

Even for brands that produce relevant, engaging content, digital advertising is less effective if companies fail to understand the medium and use it to its full potential. In some cases, the ROI of DOOH billboards can be lower than static billboards because brands are sharing between seven or eight rotations with competing brands. This means brands have to be more innovative and creative with their digital advertisements. Brands like Coca-Cola have realized this flaw and now buy multiple or entire DOOH billboard rotations because they know short, seven-second flips are not as effective.

Brands that don’t have the budget to buy entire DOOH billboard rotations can take advantage of a specific peak time for their products or services by buying hourly increments of digital advertising (similar to radio and television advertisement buying models). For example, a local coffee shop could advertise coffee or breakfast specials from 6 to 8 a.m. throughout the week. This buying concept allows advertisers to maximize the eye-catching effect of digital advertising — without minimizing its impact on consumers — by sharing its advertising time with other brands.