How to Make an Exhibition of Yourself 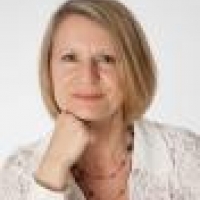 Well, being firmly of the ‘glass half full’ side of the attitude spectrum I can report I had a great time at ‘Business 2012’ earlier this week. I met lots of old friends, many new contacts, had a good look round and generally a fabulous time was had.

I know, you feel there’s a but coming on don’t you? And you’d be right.

Actually I found myself comparing the selling skills, techniques and overall effectiveness of those manning the exhibition stands – and indeed some of the stands themselves. Yes I know, I should get out more - but there was plenty to observe here.

Firstly, let’s cut to the chase. Open questions. First rule of sales success. Ask open questions and then listen. Several of those staffing the stands were good at this – but sadly many launched in to their pre-prepared patter without a clue as to who I was and what brought me anywhere near their ‘manor’. This talking without drawing breath is one of my great bugbears and sadly it appears that many still just don’t get it.

And call me a prude but speaking to someone on duty whose breath smells of alcohol, well, is this professional? I’m not sure. Maybe if it was still 1983 but I’m not sure in 2012. If you’re on duty and going to have a drink during your break, use some strong mints!

Several stands were quite intimidating as they had three or more staff on duty and no visitors. In my exhibition days if this happened one or two would have made themselves scarce and maybe watched their own stand from a short distance away ready to move back in to position as the visitors increased. My observations from Monday were that people were more likely to move right past a stand with three staff and no other visitors. Especially when the three staff are lined up like a defensive wall facing a free kick in a football match, hands protecting their vitals. Stopping unruly kids getting into a club is one thing, having fully qualified bouncers discouraging entry to your exhibition stand doesn’t count for potential sales success in my world.

The large stands held my interest too – or rather didn’t. Some of these seemed designed to prevent people from visiting the stand. Maybe this is a new marketing tactic in 2012 that I’ve missed but I will always argue that an exhibition stand should be designed to create a real buzz by allowing the maximum flow of visitors through - not look like a wake with added name badges.

There was a well known business lounge brand which had a large refreshments area which housed seating areas alongside a formal exhibition stand. My message to this company is I hope you keep your prestigious business lounges in better nick than this area looked most of the day. Used coffee cups, flyers, discarded newspapers and general litter were the order of the day. Nearby staff seemed oblivious to the mess. Potentially increasing sales? No.

Reading this makes me feel like a doom monger! I should redress the balance and say again what a fabulous day I had. I met some wonderful people, old friends and new, and met many very professional staff on many stands. These people were working hard in arctic conditions.

I felt though that I saw the past and future exhibition selling skills on Monday. I’ve described the past here in the hope that things can be improved next time round. There are a lot of people throwing a lot of mud at the organisers of Business 2012. My message to those is, yes by all means give the organisers the feedback they need to make the next show better – but take a look at what you can do better too.