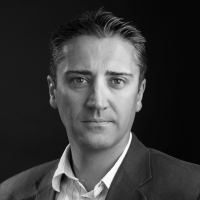 If a picture’s worth a thousand words, how many words must a video be worth? A quick bit of maths suggests 4.32 million seems to be about right, and that’s enough to bore the pants off the audience – so video definitely seems to be the way forward.

Research by Demand Metric backs this up, with 69 per cent of B2B marketing professionals already using video as part of their strategy, and the remaining 31 per cent planning on doing so in the future. Why is there such an uptake? The answer is in the same survey – 82 per cent have experienced success through utilising the medium, so it makes sense for them to continue to do so and for others to jump on the bandwagon.

Whether you’re a seasoned video uploader or a newcomer, there are always things that you can do to improve your engagement levels and the following pointers will help you do exactly that.

It may seem obvious, but if you don’t produce quality content, it could do your business more harm than good. Do you really want to be the brand that fires out video after video that’s of little interest to your audience?

There are 300 hours of video content uploaded to YouTube every single minute, so unless you produce something that people want to subscribe to or look for, it’s going to get drowned out by the sheer volume of competing content.

Size matters when it comes to video – the shorter it is, the more people are likely to engage with it. Generally speaking, you can get most types of video done within 90 seconds, which works out at around 270 words if you’re scripting it beforehand.

Of course, 90 seconds feels like an age for some people, which is why Vine and Instagram videos have a foothold. They may test your creativity more, but from a simple six-to-15-second preview to something more adventurous like stop-motion or creative looping, micro videos can be a powerful medium and a neat addition to your social media content strategy.

So you’ve made an interesting and succinct video, now you just need people to look at it. That’s increasingly happening on tablets and mobiles, so how it appears on those devices is a key consideration before you go to market.

While mobile video stats are often skewed by people watching Netflix in bed or on their commute to work, separate figures from Emarketer show that around half of B2B marketers are receptive to mobile video, something that’s only likely to grow in the future.

Accessibility isn’t just about YouTube these days either – Facebook has gone big on video, garnering over three billion views per day in the final quarter of last year. It’s looking to make hay while the sun shines too, with a raft of new video features, including scheduling, better targeting and improved analytics.

Some would have you believe that Facebook is outpacing YouTube for desktop video views, but rumours of the demise of Google’s platform are greatly exaggerated. That said, it’s definitely worth acknowledging that online video is becoming a two-horse race, particularly now that videos on Facebook garner a higher average organic reach than other posts on the platform.

The cost of producing videos is getting more accessible all the time, with technology bringing it into the reach of many more businesses. As a result, videos don’t just have to be a once-in-a-blue-moon luxury expense – they could become a part of your marketing staple.

As covered above, that doesn’t mean you should churn out anything, but making a high quality series as part of your strategy will make people want to subscribe to your YouTube channel so they don’t miss the next instalment. Provided it’s not time sensitive, it’ll also provide a lasting resource that people can revisit time and again.

‘Going viral’ may be an overused phrase at times and it largely exists in the B2C domain, but the ‘Epic Splits‘ video from Volvo Trucks shows that B2B can garner viral success too. That’s not just in terms of views, either: the coverage was the equivalent of spending $120 million on advertising, while sales increased by 24 per cent immediately after.

While your company may not be able to afford Jean Claude Van Damme, you can create videos that evoke passion. In Volvo’s case, it was amazement, but humour, cuteness and – if carefully managed – anger can all get people sharing and get your brand in front of many more eyes.

So that’s your lot – six tips to help your marketing flourish with engaging, shareable video. Whether you’re doing it yet or not, one thing is for sure: it’s here to stay, so it’s better to embrace it.

An introduction to B2B video marketing

No medium creates creates greater B2B engagement than video. This expert 101 guide takes you through the essentials for creating compelling, customer-centric videos, and delivers inspiration from five of the best. 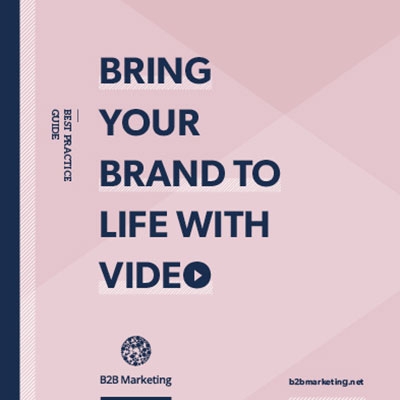