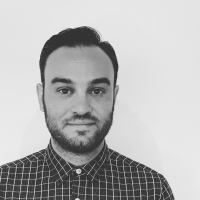 Filled with potential booby traps, Facebook is not the natural home for all brands. Here are five things Facebook failers tend to do. (You might want to avoid them).

Delete all negativity
Loss of brand control is one of the digital era’s most ubiquitous traits, and it terrifies some people. It scares them so much that as soon as they see anything negative about their brand, they delete it. And it is a terrible mistake. Facebook is arguably the most informal social space of all, so it’s likely you will encounter some negative/flippant sentiment at some point. If you want to look out of touch and incapable of operating in the digital world: delete. If you want to do the opposite, respond to criticism in a timely and professional manner, and turn a negative into a plus.

Don't commit
Only a fool would regard social as a free (or even cheap) option. In order to gain anything from Facebook (or indeed) any other social platform continual commitment is needed for effective population, moderation, analysis and exploitation of the space. If you’re not checking in regularly and creating an engaging, worthwhile presence, no one is going to be interested. Nothing looks worse than an abandoned Facebook page. Ghost towns are creepy.

Expect overnight success
It’s fair to say Facebook isn’t the most natural fit for B2B brands. Indeed for some it probably won’t really ever work. Even for those brands that are better positioned to utilise Facebook as a marketing platform, it won’t be easy. If you look at some of the brands that are using the platform well (such as Dell and Salesforce, both of which have garnered in excess of 200,000 likes) they all display a commitment to the platform. When they started, they began with the same ‘like’ count as you: zero.

Totes B BFFs
Though we’ve all been embracing the liberation social media has afforded our stuffy old B2B brands, let’s not get too carried away. Yes, you can present a more informal image on social channels (and especially on Facebook) but it would be a mistake to take it too far. We should be seeking to strike a balance between giving a sense of the humans behind the logo and remembering that we are still representing a brand and all that it embodies. You’re not really chatting to your mates.

Forget the pictures
It’s important to utilise each social media platform in the correct ways. There are subtle differences between them all and it pays to remember this. For example, Facebook (in line with the wider web) has gradually morphed from a platform focusing on short text-based ‘updates’ into one offering a very visual experience. Your Facebook news feed is probably heavily image-led these days. Images generally receive greater interaction levels than purely text-based posts. Remember this when posting business content.