The Industrial sector and brand – What’s personality got to do with it? 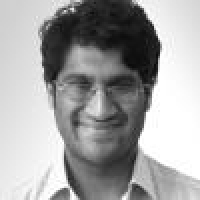 There is a lot of talk these days about the importance of personality for your brand.

What does personality mean though? It’s a complex asset, taking into consideration many aspects of your brand, from look and feel, to tone of voice, to how your employees behave.

Literally, it is the person-ness of a brand – the distillation of the brand’s values into human qualities with which it relates to its customers, its employees, its stakeholders. And just as importantly – how these disparate audiences relate back to it. In short, it’s how a brand engages with its audience.

Consumer brands have been doing this kind of thing well for a while now. With brands like Cadbury’s or Ikea, consumers know what to expect from the experience or relationship. They know what to expect from how the brand is going to act and they know how to interact with it. Through consistent conversation in a recognisable form, these brands have built themselves a reservoir of goodwill, which consumers happily and readily drink from.

So what can business-to-business brands learn from this? For so long the logical Spock to consumer brands’ emotive Kirk, B2B is increasingly the place to be when it comes to brand personality.  Corporate brands are finally getting to grips with the fact that in a world where consumers are bombarded by brands, a recognisable face, tone of voice and conversational style acts as a key tool in building the brand in the mind of the audience – and future audiences.

Take UPS and I Love Logistics.  Whether or not you think it’s a success, it is undeniable that a personality comes through this campaign.  By humanising the company, telling us that it is filled with people who value their role, the campaign tells us of an open, agreeable and conscientious company. Of a business that businesses should want to work with, emotionally as well as rationally.

So the race for recognition is on.  And a key tool is social media.  A lot has been written, posted and tweeted about social media already but it truly has changed the way brands interact with their consumers, and it’s even changing the notion of who the consumer is. It’s been said that brand is what people say about you when you leave the room.  Well, the more rooms you are in, the more opportunity your brand has to leave a positive impression.  Social media provides brands with these rooms.

GE are a great example of how to social media as a vehicle for personality. The GE Show, GE’s microsite dedicated to helping us “understand the technologies that are changing our lives”, are regular contributors to social media trend site Buzzfeed, a site more commonly taken to posting images of puppies hugging pandas and celebrities with googly eyes.

In a world where revolutions can start with the tap of a touchscreen, the distances between brands and their end consumer is ever-shortening. By making a concerted effort to illuminate their brand’s benefit to the end consumer, The GE Show shows that GE understand this shifting landscape, and this is a vital first step in building and strengthening their brand. And by using something like Buzzfeed to convey their message, they are deliberately broadening their reach from business magazines and airport terminals, ie today’s audience to include tomorrow’s audience – the GE customers and employees of the future.

But it’s not just about using social media, it’s about using it well.  And GE do. Their posts are informative, engaging and open. More importantly, they actively encourage reciprocity from the reader. Because personality means nothing if it does not foster conversation or participation from the audience.

However, where traditional B2B brands are understanding the fundamental influence personality can make in turning their organisation into a brand of choice, industrial brands have been slower to cotton on.

In certain regards, this is understandable. The product is often invisible, simply an ingredient, hidden away from the end consumer’s gaze.  Often, it’s even more hidden than that – an ingredient of an ingredient.

So if B2B brands are Spock, then industrials are the Spockiest of them all – the Vulcan’s Vulcan, influenced predominantly by factors such as price and quality, when decisions might often be no-brainers, due to a certain brand’s speciality or a certain company’s specific need.

This smacks of an opportunity untapped. For it must be remembered that people who work for and buy from industrial companies are still people. And as such, they talk, they react, they emote – it’s simply a matter of finding the right story that resonates.

If you’re a plastics producing firm, it’s admittedly hard to tell an exciting and engaging tale about the quality of your wares. But that’s because this is only half the story. There’s a much larger one to be told. Like The GE Show, this story is one of participation with the wider world. If you start to tell the tale of how your plastics make cars more efficient, which in turn saves people money and helps protect the environment, you begin to tell a far more engaging, involving, emotive tale.  This tale does not just speak to people.  It connects with them. And this is exactly what BASF are doing.

Decidedly not taking their cue from The Economist Style Guide, they are not simply “a chemical company” but “the chemical company”.  Note the confidence, note the assuredness, note the personality. Many companies of their ilk eschew the word chemical, but BASF positively embraces it, looking to create chemical responses in the emotive side of the brain. And this follows into all their communications, exhibiting a wit, confidence and character that their peers simply do not.

Using personality to engage with these elements sets up a platform from which you can build. And in an environment where relationship managers and face-to-face dealing plays a fundamental role, this is vital. For these relationship managers equate to an army of brand ambassadors, living, breathing, talking the brand, a key opportunity for your personality to shine through.

The BASF story and personality works because it is uniquely BASF. Personality does not mean being as witty, or as quirky or as loud as possible. Like all aspects of your brand it should be true to your organisation- to its goals, to its values, to its people. Personality only works when it’s authentic. A savvy consumer is a cynical one and if the brand conversation feels forced, it quickly becomes uninteresting.

In the land of the left-brained, a brand that uses its creative, emotive side is king.