Jobs, growth, a route to a Greener future 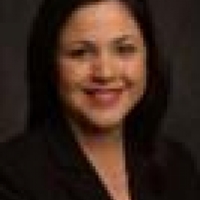 UK Government Could Allow Fracking Companies Free Reign Over Chemicals. Jobs, growth, a route to a Greener future – the potential pay-offs of fracking (in principle) are substantial. In a post-crash economy, generating jobs and money is still sky high on the Government's agenda and fracking looks to be a powerful way to get Britain working and growing with gusto.

In fact, the UK Government are so keen to get the oil and gas companies active underground, they've been rushing some very hasty and worrisome bills through the House of Lords, under the current “Infrastructure Bill”.

While most  organisations at the start of something new and potentially environmentally hazardous would be concerned about things like CSR, due diligence and supply chain risk management, the Government appear to be so desperate to get fracking going, they've abandoned a formerly proudly held ideal: No longer can the UK claim to have the “best shale regulation in the world”.

What the frack's going on?

There are several new regulations and changes to the law, pertaining to fracking, which are currently hurtling through the House of Lords at an alarming pace:

Trespass laws are likely to undergo significant change. The proposed changes to trespass laws will mean that fracking companies have the right to operate below properties without permission from the land- or homeowner above.

From environmental campaigners to legal experts, many people are very worried about the direction the UK is going with fracking in the frame. The loosely worded amendment allowing for the use and disposal of “any substance” below any property is of particular concern to many.

Green campaigners are particularly troubled by the potential disposal of fracking fluid - a substance often containing radioactive material and toxic metals – through a process known as reinjection. Reinjection occurs when fracking firms fill up the subterranean spaces the fracking process creates, with the waste their activities have created. In the US, this practice is believed to have resulted in serious environmental issues, including the contamination of groundwater.

On the other side of the fence, a Department for Energy & Climate Change spokesperson has sought to quell fears about the UK letting go of their previous, rigorous fracking regulations. Again highlighting the economic and (hypothesised) environmental benefits of fracking, the spokesperson claimed that although the latest set of amendments are designed to make life easier for shale companies, regulations are still stringent.

Any company keen to undertake fracking in the UK must have the correct planning and environmental permits to proceed. Yet with the UK Government  clearly bending over backwards to make fracking happen, can we trust that these permits will do what they are supposed to?

Do you believe fracking could be a power for both economic and environmental good? How would you feel about fracking and reinjection below your premises? Are we right to prioritise growth over the environment? Share your views with our readers below.