The letter is dead. And good riddance. 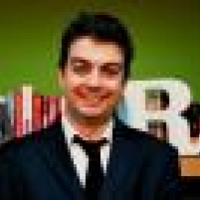 It was National Letter Writing week recently. Did you notice? No, me neither. I was busy checking my emails.

Though now I’ve mentioned it, the chances are that you’re experiencing a little wave of nostalgia – because everybody loves a letter, don’t they? The little thrill when you hear it plop onto your doormat; the slow reveal as you open it; the warm feeling of knowing you’re special enough that someone has taken the time to actually handwrite something to you… damn you email, for robbing us of these precious moments. The world is a little worse off now we scribe less and tap and swipe more. Right?

Well, it is true that we’ve lost something with the waning of letter writing. For instance, I can easily see myself whiling away a Sunday afternoon re-reading some old letters, but I don’t think I’ve ever known anyone spend a lazy few hours browsing through their archived email folder.

And if you believe the almost continual bellyaching, email really is the curse of our age. It tops most polls of things we find annoying about work. In fact, it seems we find it so irritating that even when organisations try to do something to help – as with the Metropolitan police, who recently published guidelines on how to write good emails – we find that annoying too.

I think this is all wrong. When it comes to business correspondence, I say good riddance to the letter, hooray for email.

Because while it’s true that the personal handwritten letter has always been a special thing, the business letters we used to send were awful. And what’s more, most people were pretty bad at writing them.

I was talking to a client recently who told me that, not all that long ago (the early 1990s), if he wanted to write a letter to a customer, he had to get permission from his manager. He’d break out the typewriter and his nice pen. He’d make sure his dictionary and thesaurus were on hand. It was a big deal. And, he said, the resulting letters were dreadful: turgid, clunky and formal. He just wasn’t ‘a writer’, and it showed.

These days, he says, he’s sending dozens of emails a day. He communicates with clients via Twitter, texts and the comments section of his blog. At some point in the last decade, he says, without really noticing it, writing became an integral part of his working life.

This huge increase in communication in writing has meant three things:

The idea of ‘tone of voice’ or ‘brand language’ is no longer just for the Innocent Drinks of this world. And rightly so – with so many more words flying around between companies and their customers, it’s imperative to set some standards and give people help and guidance.

Yes, it’s true that some organisations can be knee-deep in jargon and corporate-speak but, in general, people are less tolerant of gibberish and more tuned in to good stuff. A few years ago, when we ran workshops, we’d almost always encounter one or two people in a session who were adamant that business writing had to be formal and impersonal. These days, we only meet these people once or twice a year. (Perhaps they see us coming and hide?)

Third, the handwritten letter is now your secret weapon.

And of course, now the world is digital and we all get a thousand emails every hour, this gives you a great opportunity: if you do take the time to write a handwritten letter to a customer or client, it’ll stand out a mile. Just remember to use a nice pen.