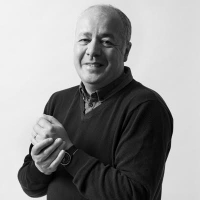 If you’ve ever flown to another country where you don’t speak the language, and indeed, one where you can’t even read the language, you’ll know that it can be difficult. Daunting, even. You’ll appreciate any help you can get.

So this Saturday, when I was looking to book flights for my Mother-in-law from Russia, knowing she speaks no English, and can’t read English characters, I wanted to see if anyone could help her make her flight transfers. We normally give her a ‘please help this passenger’ sheet in English, but I wondered if any extra help was available as she does get a bit stressed out by the whole process.

In the sky with Diamonds

I turned to the web, and quickly worked out that it would be the ground airport, rather than the airline, who’d be responsible for any passenger in transit. I understood from BAA’s Heathrow web site that there was a meet and assist service called Diamond Air, and there was a telephone number to call. Diamond were happy to explain that they could help, and would email me a booking form. Then they mentioned the service would cost just £140, but with no Russian speaker involved, just a person holding up a name board. Thanks, but no, thanks. However, further down the same BAA page, there was mention of an organisation called Omniserv who would provide the transfer service - and all of their services were provided free of charge. Should have contacted them first! Their contact details consisted of just an email address. So I emailed them, asking for details, because the page did not make it clear if there are eligibility rules, or language resources, or if their service was only available for disabled passengers.

Simply sending an email’s never conclusive, especially with unanswered questions. I remembered hearing that KLM had set up a service where customer help agents would monitor Twitter for mentions of @KLM and attempt to assist their passengers with any problems. So I tried it. I sent a tweet to @KLM. Within 20 minutes, I had a response. KLM had checked my twitter account, so they addressed me using my first name. Nice. They said they would make every effort to help if I sent them the passenger’s e-ticket number by Direct Message - easy to do as they’d by now followed me on Twitter. I clarified that I had not actually made a booking yet, around ten minutes after their message was sent. I had a further response from them within about five minutes. They told me they had no Russian language support in AMS or CDG airports, but that they could arrange for help with a wheelchair if it were needed. I thanked them for their help, and said I’d be in touch once I’d decided on a route and schedule.

The last I heard from KLM was this: “You are welcome, David. :-) We wish you a nice weekend and don't hesitate to contact us if you require further assistance.”

An empty inbox is not as good as a smiley face

It’s now Tuesday afternoon, after 5pm. I still haven’t had a reply to my email to Omniserv. I’m sure they’re great people and probably offer a wonderful service, but I can’t tell that from looking at an empty inbox. In fact, I may infer that perhaps they don’t much care about me. But I do remember who does care about me…

So, can you guess who my Mother-in-Law will be flying with, and which airport she’ll pass through? Yes, KLM will be seeing her in Amsterdam on the way here, and on the way back. Because they responded, personally, in a timely manner, in a helpful way, they won my business. Why would I trust her care to people who can’t even respond to my questions?

It’s not just a question of a business having a twitter account, or about monitoring it outside of ‘office hours’, or answering email promptly. This is a question of how social media has changed the way a business must think about real service and how their business competes. Nobody else was actually able to compete with KLM here - they put themselves in the lead by committing to customer service through Twitter, and delivering on it. As a result of this initiative, their customers have become their advocates - which is how I knew about that service in the first place. And of course, my telling you this story probably does them no harm.

Social media in business is not rocket science - it’s clearly always better to deal with people who treat you well. Bedankt, KLM!