Marketing and Music: Modern Techniques for Promoting your Work 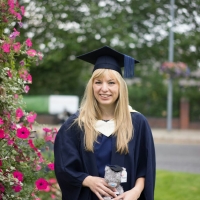 Historically, musicians could follow a trusted and popular route to the top of the charts. This would usually involve identifying and signing with a viable label, before recording new material and touring to promote this.

While this has proved to be successful throughout the generations, the digital revolution has changed the landscape for musicians. Alongside the proliferation of listening platforms and streaming services, it is now easier than ever for artists to market their output independently and to a wider, global audience.

This change has been highlighted by a recent Ticketbis.net case study, which revealed that global music sales dropped by 53% between 1999 and 2013. This represents a drop from $14.6 billion to around $7 million, while streaming has risen at an exponential rate in recent times. With iTunes being joined by new market players such as Spotify, streaming has soared by 52% between 2013 and 2014 and is likely to rise further in the next five years.

With this in mind, what are the key marketing techniques that can afford musicians exposure and inflated profit margins in the digital age? Here are three examples: -

While it is difficult to generate instant profit by partnering with a modern-day streaming service, such a relationship delivers outstanding exposure and the potential for long-term gains. After all, a typical record label contract only yields a small percentage gain for musicians, while they are also forced to cede control of their brand and identity as an artist.

In contrast, musicians such as Ed Sheeran have forged their own independent career paths by embracing mutually beneficial partnerships with the often criticised streaming platform Spotify. While this brand have been criticised by offering royalty rates of approximately £0.0045 per play, Sheeran has benefitted from incredible exposure and promoted his material to a worldwide audience of millions.

By committing to royalty partnerships with globally accessible streaming services, artists are able to market themselves and their work while also benefitting financially.

Use Relevant Collaborations and placements to win fans

Florence Welch (the artist from Florence and the Machines) has also enjoyed considerable success through Spotify, although she has also sought to market her music and brand through aggressive collaboration and interaction with alternative media platforms. This is a crucial lesson for modern musicians to heed, as it uses multiple channels to promote work and ultimately accrue sales.

Adopting a proactive and business-savvy approach, Welch and her band have gained massive traction through a number of placements in films, adverts and television shows. The artist has also simultaneously partnered with relevant fashion brands that are aligned with her core fan base, creating organic promotional campaigns that cost nothing. Her appearance at the 2011 Paris Fashion Show embodied this approach, as a strong work ethic and willingness to collaborate has helped her to simultaneously reach a global market and cut promotional costs.

While the discipline of marketing music may have changed considerably in recent times, there are some core elements that remain unchanged. Take the notion of touring, for example, which uses offline channels and live performances to promote album releases and actively engage buyers. Although this is a traditional staple of music marketing, contemporary artists must use touring as part of an integrated and multi-channel campaign.

This means that while touring, musicians must also use the footage of live performances to optimise traction among fans. This involves uploading concert footage onto popular audio-visual sites such as Vimeo and YouTube, which drives greater interest in your work and music. Maintaining a current and regularly updated blog is also crucial, as this can help to educate fans on the intricacies of touring, promote upcoming events and add some personality to your musical brand.