A Mexican Wave of International Marketing 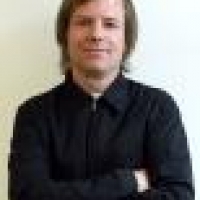 International marketing lessons from the Olympics didn’t come from the obvious sources of the organisers and the sponsors.

The overbearing power of LOCOG was international marketing’s embarrassing sideshow to the real Olympic spectacle. We all caught from the corner of our eye the superbrand conglomerate steamrollering London’s small businesses, in tasteless contrast to the spirit of inclusivity that leapt up all around to engulf us in sheer joy.

So, as an international marketer, I was watching how not to do it and was wondering where my marketing lesson was going to come from. It literally swept over me at the men’s Olympic football semi-final between Republic of Korea and Brazil at Old Trafford, home of Manchester United.

I’ve been to many football matches, but all in the tribal, explicitly expressive and strictly segregated setting of the English Premiere League. This was different. As soon as I sat down I sensed a welcome, friendly, accepting atmosphere. Koreans sat next to Brazilians taking photos of each other. Soccer curious Americans sat behind me fearlessly exposing their innocence of the beautiful game, to patient Mancunians who took them through the basics without a hint of sarcasm. The rapier wit of Saturday in the premiere league was suspended by the multicultural magic spell that is the Olympic Games.

Mexican Waves don’t happen on a normal Saturday at Old Trafford. The Stretford End is already standing up and the away fans wouldn’t join in out of spite. It was the super relaxed, inclusive atmosphere that made possible the Mexican Waves which were a new experience for me. As I watched a wave surge round and sweep me off my seat when it arrived, it struck me as a brilliantly pure and universally appealing idea. The idea being if everyone plays their part, everyone will be entertained. You enjoy the spectacle and apply your effort at the right moment for the enjoyment of others. The idea is explained to you in the simple language of other people standing up then sitting down as the wave comes your way. It takes seconds for you to get it and take the action that’s being asked of you. If only all international ideas were so easily appreciated and adopted, international marketing would be a much simpler affair. As I mused on this it struck me that I had only noticed the waves in full swing, like an international marketing campaign, I only noticed the execution. I had no idea about the work that had taken place to get us to that point. Leaving me with the question, how do you start a Mexican Wave? Maybe not so simple an idea afterall.

Scanning the stadium for an answer, my eyes and ears pinpointed a tiny figure at the bottom of the distant West Stand banging a drum intermittently then throwing his arms in the air. Hang on a minute. Was this the wave starter at work? ‘Bang,’ ‘bang,’ ‘bang’ – arms in the air! Three people in front of him stood up and then sat back down. He tried again. This time five people. Clearly not getting the kind of response he was looking for, I watched him stand on his chair, turn to face the stand and gesticulate at the thousands of people looking down at the pitch. Presumably he was briefing them on the importance of their role in getting a Mexican Wave going. Off the chair, back to the drum, ‘bang,’ ‘bang,’ ‘bang.’ I watched fascinated as a small number of faithful people kept rising with the drum, and then finally got the support they were hoping for. Four drum volleys later, they had the critical mass to trigger the wave.

With a marketers’ creative licence, I think this is what was going on. For the early adopters standing up on their own there was a level of embarrassment to endure, but clearly they could handle it and kept going with the drum. The next group of people to join in were empathisers who thought we can’t let them do this alone, and rallied to the cause. Next came the supporters who thought, this looks like fun and we don’t want to miss out. And bringing up the rear were the followers, the people who thought, well if everyone else is doing it I don’t want to be thought of as a miserable git. At that point, whoosh, the Mexican Wave was born.

Getting a Mexican Wave going is a good analogy for getting an international marketing campaign off the ground. What you need is a brilliantly pure and universally appealing idea, but that’s just the starting point. For the idea to be appreciated and adopted by many stakeholders from many cultures, you also need people with drums.